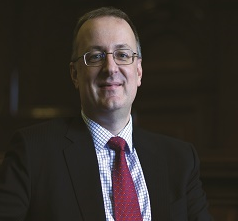 The Consultative Council of Australasian Law Reporting (CCALR) has issued the following note concerning the publication – and importantly for advocacy purposes the citation of and use – authorised and other reports in Australian Courts. The chair of CCALR – also chair of the Incorporated Council of Law Reporting for the State of Queensland – is John McKenna KC of the Queensland Bar.

The background of the note is that:

“[In collections of unreported judgments] there is no preselection. Large numbers of decisions, good and bad, reserved and unreserved, can be accessed. Lawyers frequently feel that they have an obligation to search this material. Anything which supports their clients’ case must be drawn to the attention of the court. This is so even when it is likely that the court which gave the judgment probably never intended it to be taken as creating a new legal principle. A number of consequences flow from this. First, of course, it is the client who eventually has to pay for all this searching. This growing costs burden runs counter to the environment being promoted by the Woolf reforms. Further, it is a fact of life that sometimes courts go wrong, or at least not conspicuously right. That is why we have a system of appeals. A poor decision of, say, a court of first instance used to be buried silently by omission from the reports. Now it may be dug up and used to support a cause of action or defence which, without its encouragement, might have been allowed to die a quiet death. Thirdly, it is a common experience that the courts are presented with ever larger files of copied law reports, thereby extending the duration and cost of trials, to the disadvantage of the legal system as a whole. It seems to me that the common law system, which places such reliance on judicial authority, stands the risk of being swamped by a torrent of material, not just from this country but from other jurisdictions, particularly common law ones.”

4 See, for example, the revised decision of the Federal Court of Australia in re Cornerstone Investment Aust Pty Ltd (in liq) [2022] FCA 1008, where a “Table of Corrections” appears on the cover sheet of the judgment.

5 The unreported judgments from the Supreme Court of one Australian State (New South Wales) can comprise over 2500 judgments annually.

27 eg LawCite (lawcite.org) which is associated with AustLII and NZLII.