Today the High Court, by majority, allowed an appeal from a decision of the Court of Appeal of the Supreme Court of Victoria.  A majority of the High Court held that the Court of Appeal erred in finding that a claim in estoppel was made out and in remitting the matter to the Victorian Civil and Administrative Tribunal ("the VCAT") for further consideration, but was correct to conclude that there was no collateral contract.

The appellant ("Crown") is the owner of the Melbourne Casino and Entertainment Complex.  The respondents ("the tenants") held leases of two areas in the Complex under which, after 1 September 2005, they operated two restaurants ("the 2005 leases").  The 2005 leases were limited to a term of five years and did not contain an option for renewal.  However, in the course of negotiations for the 2005 leases, Crown made a statement to the tenants to the effect that they would be "looked after at renewal time" ("the statement").

In July 2010, the tenants commenced proceedings in the VCAT in which they alleged that Crown had represented in the statement that they would be given a further term of five years following the expiration of the 2005 leases.  These representations were said to amount to a promise that Crown would exercise its power under cl 2.3(a) and offer a renewal for a further five year term.  The tenants claimed that the terms of the further leases that Crown was obliged to offer them were to be the same (or the same, mutatis mutandis) as the 2005 leases.

The VCAT did not find that Crown had made representations in the terms claimed by the tenants.  However, it did find that the statement gave rise to a collateral contract obliging Crown to offer to renew the leases for a further five year term and that Crown was able to stipulate the other terms of the renewal.  Alternatively, the VCAT concluded that Crown was estopped from denying the existence of the collateral contract.  The decision of the VCAT was set aside on appeal to the Supreme Court of Victoria.  The Court of Appeal granted the tenants leave to appeal but dismissed the appeal save with respect to the estoppel issue, which it remitted to the VCAT for determination of what relief, if any, should be granted.

The High Court, by majority, held that the statement was not capable of giving rise to a collateral contract or founding a claim for estoppel.  In respect of the estoppel claim, the tenants did not act on the basis of an expectation in the terms identified by the VCAT, namely, that the tenants would be offered further five year leases at renewal time on terms to be decided by Crown.  Therefore, there was also no utility in the order for remittal made by the Court of Appeal.

Today the High Court dismissed an appeal from the Court of Appeal of the Supreme Court of Queensland arising out of the appellant's convictions of attempted murder and unlawful wounding with intent to maim.  A majority of the High Court held that the trial judge had not erred in directions given to the jury regarding self-defence.

On 28 April 2012, the appellant was involved in a confrontation with another man, Jacques Teamo ("Teamo"), at a shopping centre on the Gold Coast.  The men were members of rival motorcycle clubs.  In the course of the confrontation, Teamo produced a knife and the appellant produced a gun and fired two shots.  One of the bullets struck Teamo in the arm and the other bullet struck and injured an innocent bystander.  The appellant was charged with, relevantly, attempted murder and unlawful wounding with intent to maim.

At trial, the appellant raised the defence of self-defence.  Under the applicable provisions of the Criminal Code (Q), the person who is claiming the benefit of the defence must have been "assaulted". A threat by one person to apply force to another can constitute an assault.  The defence is not available if the threatened application of force was done with the consent of the person threatened.  During his closing address to the jury, the prosecutor suggested that Teamo's production of the knife could be considered part of a "consensual confrontation" between Teamo and the appellant and, therefore, was not an assault.  Counsel for the appellant did not address this submission in his closing address.  In summing up to the jury, the trial judge gave the jury a list of 10 questions setting out the sequence of matters to be found and, in redirections, gave the jury detailed written directions on self‑defence.  The trial judge referred orally to the prosecutor's closing address and his reference to the term "consensual confrontation" but the trial judge described this as a matter of "interpretation, construction and argument".  No redirection was sought on this point.  The appellant was convicted of both offences.

By grant of special leave, the appellant appealed to the High Court.  The High Court held, by majority, that there was no misdirection by the trial judge.  The relevant legal tests were put before the jury.  In light of what were considered to be the real issues in the trial, no further elaboration on the issue of consent was required. 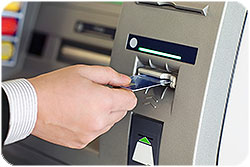 Today the High Court, by majority, dismissed two appeals from the Full Court of the Federal Court of Australia. The majority of the High Court held in the first appeal that late payment fees charged by the respondent ("the Bank") on consumer credit card accounts were not unenforceable as penalties, and in the second appeal that the imposition of late payment fees did not contravene statutory prohibitions against unconscionable conduct, unjust transactions and unfair contract terms.

Mr Paciocco and the second appellant, Speedy Development Group Pty Ltd, a company controlled by Mr Paciocco, were applicants in representative proceedings commenced against the Bank in the Federal Court of Australia, in which they alleged that the late payment fees, and various other fees charged by the Bank, were unenforceable as penalties. They also claimed that the Bank engaged in unconscionable conduct under the Australian Securities and Investments Commission Act 2001 (Cth) ("ASIC Act") and the Fair Trading Act 1999 (Vic) ("FTA"), that the contracts for the accounts were made by unjust transactions under the National Credit Code (a schedule to the National Consumer Credit Protection Act 2009 (Cth)), and that the late payment fees were void as unfair terms under the ASIC Act and the FTA.

The appellants and the Bank each adduced expert evidence as to the losses suffered by the Bank upon the failure by Mr Paciocco to pay the amounts owing on the accounts by the due date. The expert retained by the appellants provided evidence of the amounts needed to restore the Bank to the position it would have been in had Mr Paciocco paid the amounts owing on time. The expert retained by the Bank provided evidence of the maximum costs that the Bank could conceivably have incurred as a result of Mr Paciocco's late payment, which included loss provision costs, regulatory capital costs, and collection costs. The primary judge held that the approach of the appellants' expert ought to be adopted and that the late payment fees were penalties because, amongst other things, they were extravagant and unconscionable in comparison with the greatest loss that could reasonably be proved. On appeal, the Full Court preferred the approach of the Bank's expert and held that the late payment fees were not penalties because, amongst other things, the legitimate interests of the Bank were affected by each of the categories of costs identified by its expert. The Full Court also rejected the statutory claims raised by the appellants, which were not considered by the primary judge.

By grant of special leave, the appellants appealed to the High Court. The majority of the High Court dismissed the first appeal, holding that the Full Court was correct to characterise the loss provision costs, regulatory capital costs and collection costs as affecting the legitimate interests of the Bank. The fact that those categories of costs could not be recovered in an action for damages did not alter that conclusion. Further, neither the fact that the late payment fees were not genuine pre-estimates of damage nor the fact that the amounts charged were disproportionate to the actual loss suffered by itself rendered the late payment fees penalties. The High Court also dismissed the second appeal, the majority rejecting the statutory claims on their merits.

Today the High Court unanimously held that the Department of Immigration and Border Protection's processes in response to an unauthorised release of personal information of two former protection visa applicants did not deny those applicants procedural fairness.

The Department made available on its website an electronic document containing embedded information disclosing the identities of 9,258 applicants for protection visas then in immigration detention ("Data Breach"), including SZSSJ and SZTZI. The Data Breach continued for two weeks.

The Department retained external consultants KPMG to investigate the Data Breach.  A report produced by KPMG ("KPMG Report") identified 104 unique IP addresses from which the electronic document had been accessed. The Department then notified applicants affected by the Data Breach. It began to conduct "International Treaties Obligations Assessments" ("ITOAs"), through standardised procedures prescribed in a publicly available document ("Procedures Advice Manual"), to assess the Data Breach's effect on Australia's non-refoulement obligations to those applicants. Officers conducting ITOAs were instructed to assume that an affected applicant's personal information may have been accessed by authorities in the country in which he or she feared persecution or other relevant harm.

SZSSJ commenced proceedings in the Federal Circuit Court of Australia seeking relief in respect of the Data Breach before an ITOA had been completed. SZTZI commenced proceedings in that Court after an ITOA concluded that her claims did not engage Australia's non-refoulement obligations. Both those proceedings were dismissed. The Full Court of the Federal Court of Australia allowed their appeals, holding that they were denied procedural fairness by virtue of the Department's failures adequately to explain the ITOA processes and to provide the unabridged KPMG Report. The Full Court also rejected a submission that the Federal Circuit Court's jurisdiction to hear SZSSJ's and SZTZI's claims was excluded by s 476(2)(d) of the Migration Act 1958 (Cth).

By grants of special leave, the Minister appealed to the High Court, which unanimously allowed the appeals.  The High Court held that SZSSJ and SZTZI were owed a duty to be afforded procedural fairness in the ITOA process but that they were not denied procedural fairness. The applicants were squarely put on notice of the nature and purpose of the ITOAs and of the issues to be considered. The instruction given to officers conducting ITOAs to assume that SZSSJ's and SZTZI's personal information may have been accessed by authorities in the countries in which they feared persecution or other relevant harm meant that not providing the unabridged KPMG Report did not constitute a denial of procedural fairness. The High Court also held that the Full Court correctly concluded that the Federal Circuit Court had jurisdiction to hear SZSSJ's and SZTZI's claims.