Previous Issue
Issue 87
About Us
HOME / Mediation by video conference – Are you listening to me!
FEATURE ARTICLE - Issue 87, Speeches

Mediation by video conference – Are you listening to me! 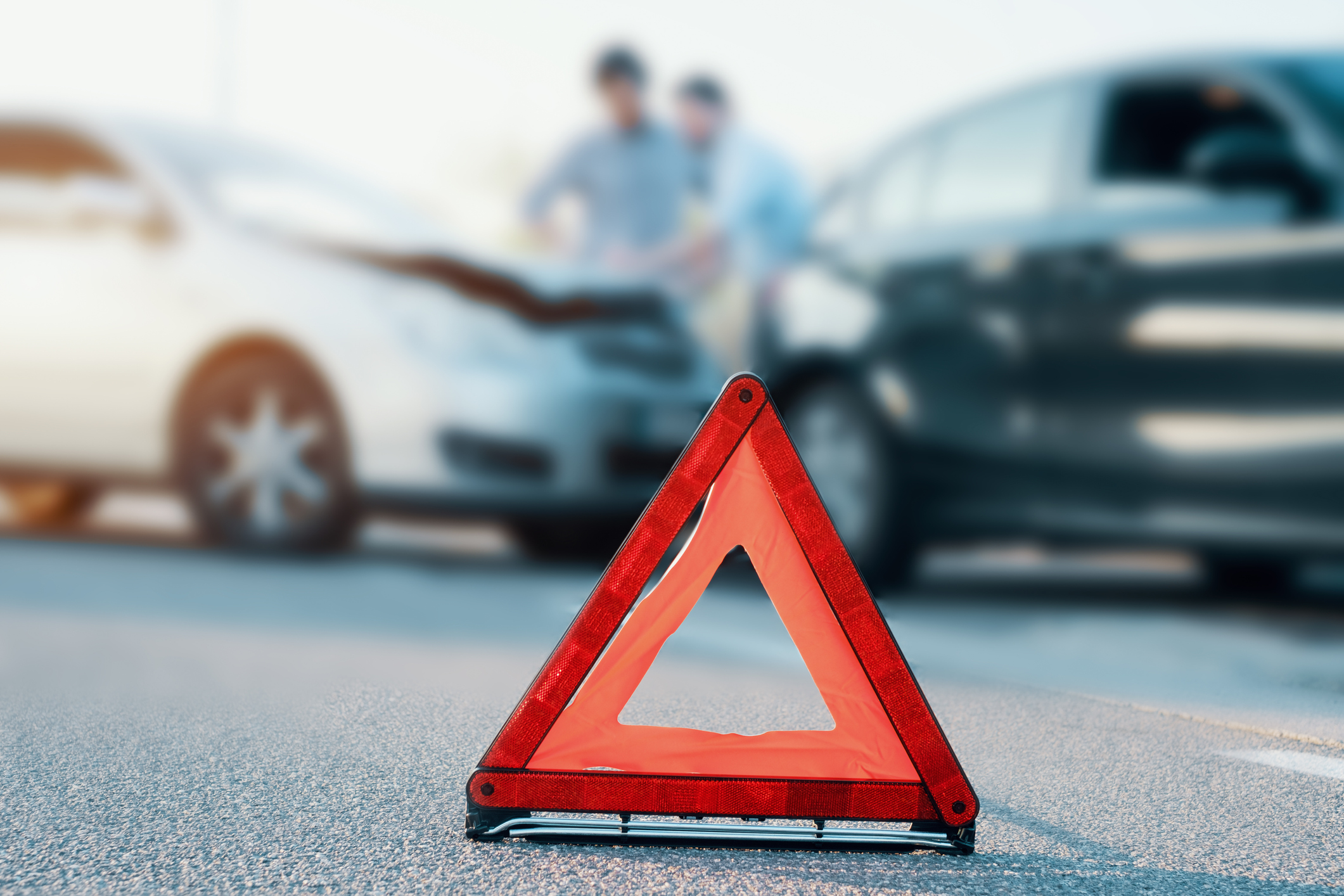 Mediation by video conference – Are you listening to me!

The Covid-19 pandemic social restrictions spawned, in the civil justice space, a rush to use of video conferencing.  This has ensued not just in use in court appearance by lawyers and witnesses, but also in mediation.

The point of this article is to canvass the latter use.  Does it require any change to traditional mediation practice?  Will it remain a feature of future practice?

Video conferencing is available on a raft of cloud based electronic platforms.  They include – in alphabetical order – BlueJeans, Cisco WebEx, Microsoft Teams, and Zoom.

I do not propose to champion any particular platform.  They harbour common and disparate features.  The preferences of the parties and their lawyers, together with the nuances of any particular dispute, will dictate platform choice.

The point of mediation

Over the last 20 years mediation of civil law disputes, whether court ordered or consensual, has become an essential component of the civil justice system.  The core reasons are worthy of rehearsal.

First, the consensual compromise of legal disputes, ordinarily, is perceived as superior outcome to a court imposed – “winner take all” - outcome.

Intransigence on the part of one or all parties occasionally makes mediation unattractive. That stated, even an unsuccessful mediation inexorably results in refinement of the legal and factual issues in dispute and thereby diminution of the duration of trial.

Second, civil litigation is costly to conduct. Such cost is a burden  not just to clients (or their insurers), but also taxpayers funding provision of court facilities for dispute resolution.

Anecdotally, more than 60% of civil disputes settle at mediation or shortly afterwards.

Mediation entails the mediator, the lawyers for the parties and a decision maker for each party meeting in person, usually for not more than a day. The aim is dispute resolution assisted by an independent person. The process, necessarily, is “without prejudice” and  thereby privileged.

The parties exchange position papers, copying same to the mediator.  Usually this occurs in the week prior to mediation. The mediator is briefed with the agreed core documents in the dispute.

The venue is provided by the mediator or the lawyers of one of the parties.  Occasionally an independent venue is chosen, attracting payment of a fee.

The mediation is preceded by an intake conference between the mediator and each party separately. Usually this occurs on the day of the mediation, but occasionally ensues in the week before.

The mediation opens with a joint session between the parties upon which the merits are canvassed. The parties then move into private caucus.  Negotiation then ensues.

The mediator moves between the caucuses. In each caucus, the mediator reality tests that  party and their lawyers as to the merits, commenting on the potential weaknesses in that party’s (not the other party’s) case. The mediator conveys offers and counter-offers between caucuses. If negotiation is stymied, a “mediator’s bid” may be forthcoming to encourage resolution.

A variation to the above is where a decision maker for a party does not attend the mediation in person, but does so by telephone. His or her attendance often does not  ensue for the entire mediation.

Generally speaking, mediation practice did not miss a beat due to the pandemic restrictions.

First, lawyers and parties – particularly of the younger generation – were quick to master and apply the nuances of video conferencing technology.  While the odd technophobe lawyer resisted, the continuity of litigation practice dictated swift  adaption, irrespective of the platform adopted.

The traditional template canvassed above was maintained, albeit some aspects of it have been modified for want of true face to face confrontation of the participants.

Second, intake conferences became a critical element in mediation, irrespective of whether they occur prior to or on the day of mediation.

The  raison d'être of such a conference is to attract mutual confidence inter se the mediator and each party, not just as to the general process but also as to the mediator’s role.

Each party – by its decision maker – need harbour confidence that when  the mediator reality tests or comments on the issues in private caucus, he or she is doing so in a disinterested fashion, but cognisant of the views and  ambitions of that party.

Gaining such confidence is more difficult in a video conference environment. While each party and their lawyers can observe the mediator on screen during the mediation – particularly on “gallery view” – that is inferior to the mediator’s physical presence.

The lack of physical presence – again, even on such “gallery view”- inhibits the ability to closely discern the reaction of the opposing decision maker and their lawyers to any argument raised. That then necessitates more careful attention to and prior discussion of the content of that party’s and the other party’s position paper.

While the joint conference between the parties remains an oral presentation, in video conferencing it assists if a lawyer advocate is able to present with reference to particular numbered paragraphs of that party’s or another party’s position paper.

Fourth, video conference mediation need be seamless in relation to private caucusing.  Some platforms have “rooms” in which the parties and their lawyers can be placed immediately after the joint session. The mediator can then move freely between private caucuses, ordinarily heralded by a “chime” introduction. The parties in a “room” can summon the mediator by a “hand” or like electronic signal.

On some platforms what need occur is that, following the joint session, separate “rooms” need be created by a fresh scheduling of a video conference with the respective parties.

Fifth, in the event of a compromise – which inexorably is subject to documentation to be binding – the parties ought be alive to their inability to physically exchange and amend  proposed written terms.

This documentation issue underscores the need for the parties to exchange, prior to mediation, basic written terms. Sometimes the majority of terms can be agreed in advance of prospective compromise. This, often, is not possible.

In addition, most platforms provide the ability for documents to be viewed and amended by the participants. That facility is of great utility, not just for compromise  documentation but also during mediation advocacy.

Sixth, a number of  platforms enable the mediation to be recorded by any participant. This prospect requires express address in every mediation.

Unheralded recording of mediations by a party – often by use of a recording function on a mobile phone or tablet – has occurred in recent years. It should not occur without the consent of all parties. Some mediators make this an express term of the conduct of the mediation.

In the case of a video conference mediation, the approach should be no different. Merely because a recording  function for each participant exists on the electronic platform used does not permit use thereof with impunity.  The mediator and lawyers for a party should make this plain.

While the learning curve has been steep, most lawyers have mastered video conference mediation. It is likely such mode of mediation will continue to have a role in practice when Covid -19 has passed.

Undoubtedly, the character of many disputes will render them more suited to the conventional mediation template.

Convenience and cost saving, however, dictate that video conference mediation is likely to be opted for in a substantial number of civil disputes.

A corrosive relationship between decision makers may conduce to video conferencing being adopted to encourage resolution. That stated, where such relationship is damaged but the parties otherwise sophisticated, physical presence may be preferable.

In personal injury dispute mediation, where the injury in whole or part is psychiatric in character, the plaintiff decision maker may be better placed to sensibly consider resolution in what he or she considers the less vulnerable electronic environment.

At the very least, intake conferences are likely to be undertaken electronically.

Video conference mediation is likely to be availed of to enable some of the parties (eg a decision maker) to attend by video conference, in particular in circumstances of he or she being interstate or overseas.

Finally, despite one party’s preference for video conference mediation, the agreement of the other party may not be forthcoming. In litigated disputes the court will have the final say, and may need convincing. That said, cost and convenience issues are likely to resonate given the judiciary’s own exposure to pandemic measures.

With the relaxation of pandemic restrictions, traditional “face to face” mediation is likely to regain currency in civil dispute management.

Video conference mediation, however, is here to stay.

Cost and convenience, at the least, found that prediction. Such mode of mediation is likely to amplify in use, in particular with improvements in available platforms.

Practitioners need adopt a flexible and thoughtful approach to when and how electronic mediation is conducted. The character of the dispute and the idiosyncrasies of the parties are likely to be driving factors militating for or against availing of such mode of mediation. The court’s approach to sanctioning the electronic mode is likely to be positive, but only in an apt case.

Mediators conducting video conference mediation – where all or some parties are attending electronically – need deploy measures which gain the confidence of the parties and to proceed thoughtfully and constructively towards a resolution of their dispute, or if not then diminution of disputed issues.

Published in the LexisNexis Australian Liability Newsletter (August 2020). Republished with the permission of LexisNexis.

Issue 87
Mediation by video conference – Are you listening to me!
SEE ALL