By the Honourable Justice Henry

The plaintiff’s lawyer and the prosecutor share the same role at trial — proving their case persuasively.  The legal issues vary.  The standard of proof varies.  But when it comes to proving a case persuasively, the core principles to be followed and skills to be deployed as between the civil and criminal jurisdictions are not materially different.  Our focus this evening is upon those principles and skills.

Laypersons might find the proof stage a curious target for a session dealing with persuasion.  They might think the speech-making part of the case – the opening and more particularly the closing – is when the lawyer seeking to prove the case engages in the art of persuasion.  This overlooks the reality that the entire trial, not just the speeches, provides a platform for persuading the decision-maker of the merits of the case for the plaintiff or prosecution. 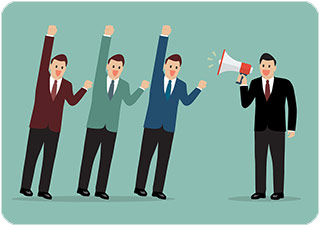 Part A: The three rules

The presentation of the plaintiff’s or prosecution’s case has many elements in common with the staging of a play.  It is a major production calculated at pleasing its audience.  Who is its audience?  It is not the public gallery; it is the judge or jury.  Like a play, the presentation of the plaintiff’s or prosecution’s case requires preparation.  Like a play, it requires you to remember you and your cast are performing for an audience and to prepare your entire cast for that audience.  Like a play it has a plot involving some key elements upon which its potential success is founded.

This heralds the first of the three rules I will emphasise tonight: be sure of your case’s foundations.

Be sure of your case’s foundations

One of the greatest threats to the persuasive proof of the plaintiff’s or prosecution’s case is that it has been built on weak legal or factual foundations or if those foundations do not align.

Build on the facts beyond doubt

In settling the pleaded claim or the charge — the legal foundation of your case — you should obviously have regard to the available evidence, such as it is.  In so doing, try to identify from that evidence the facts which appear to be beyond doubt.  Where there are facts beyond doubt which are favourable to your cause, then ideally it is those facts around which you should build your case.  They are the facts which will provide a solid foundation for your case.

Amend the claim or charge if needs be

The dilemma of course is that when pleadings or charges are first placed before a court, the evidence-gathering process is seldom complete.  After that point in time, as more witness statements or addendum statements are gathered and more potential exhibits are located, some of the earlier identified facts beyond doubt may no longer look so unassailable and other facts beyond doubt may emerge.  In short, it may become apparent that your claim and or the pleadings, or the charges and or their particulars need to be substituted or amended.  If so, it is better that you take prompt steps to do so.  The longer you delay and the closer the trial gets the more your prospects of being given leave to do so without sanction or at all will diminish. 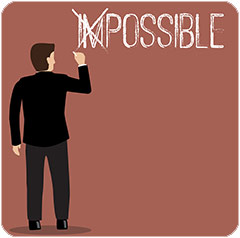 Be conscious of foundation during presentation

The importance of being conscious of your case’s foundations continues into the presentation of your case.  Once the trial is underway it is very difficult to amend your pleaded case or charge.  Even if you succeed in doing so the fact the change was needed may undermine the persuasive momentum of your case in the eyes of your audience.

At trial you must prove the facts which prove the elements of your pleaded or charged case.  This is fundamental.  Remember though that the object is not just to prove those facts.  It is to do so persuasively.  There was something about those facts which caused you to perceive them as the facts beyond doubt when you prepared for trial.  Make sure in presenting the evidence at trial that you adduce the evidentiary detail which gave them that perceived quality.

It is inherent in much of what I have already said that as the advocate for the plaintiff or prosecution you enjoy an advantage which the defence advocate does not have.   You fix the parameters for the contest in court.  You control the selection of the foundations upon which the case will be fought.  That power of control confers an enormous advantage, if exercised.

Exercise control of your case

This brings us to the second rule guiding the persuasive proof of your case: exercise control of your case.

The advocate’s role is not just to prove the case and hence survive a no-case submission.  It is to prove the case persuasively and hence give that case its best prospect of success.  The advocate cannot fulfil that role just by turning up to trial and “rolling the arm over”, mindlessly presenting whatever evidence has come to hand.  Such an approach assumes, wrongly, that the advocate has no contribution to make in improving the state of the case to be presented. 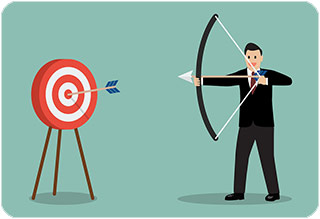 If you are the advocate in the case the premise of your engagement is that you will value add.  Your obligation is to apply your expertise and learning so that you will have done your professional best to improve your case’s prospects of success. That obligation derives not merely from your role as a professional.  It derives from your oath or affirmation on the occasion of your admission as a legal practitioner of our court.  That promise is that you will conduct yourself as a lawyer of this court to the “best” of your knowledge and ability.

You are the lawyer who will be presenting the case in court.  It is your professional reputation at stake.  It is you who will and should feel professional opprobrium if you do not see to it that your case is given its best prospect of succeeding.  Ultimately, whether you are briefed by another lawyer or acting as a solicitor advocate, the fact that you will advocate the case dictates you must exercise control over the presentation of your case.  To do so it is unavoidable that you must also exercise control, even if it is shared control, of your case’s preparation …  continued