Security for costs provided by “After the Event” insurance 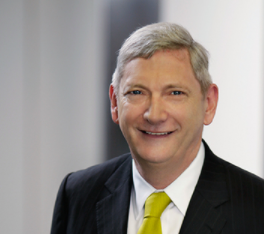 Security for costs provided by “After the Event” insurance

Such insurance serves a useful purpose as it helps to prevent the adverse financial impact on a party caused by an unfavourable costs order.   It also has been used as method of give the required security in a security for costs order.

As a way to provide for adverse costs, ATE insurance is becoming more common in Australia, particularly in class actions where a representative plaintiff bears the risk of a potential adverse costs order in circumstances where group member have the benefit of any award without such risk.

In class actions – where costs are borne by a representative plaintiff for the benefit of the class – the provision of ATE insurance to prevent the adverse impact of a costs order against a representative plaintiff personally, is common.  In the ubiquitous position where a litigation funder is involved in such an action, ATE insurance provides financial flexibility as it avoids a funder having to either pay money into court or to have equity tied up by the provision of a bank guarantee.

The use of ATE insurance as a means of providing security for costs has recently been questioned by the Queensland Court of Appeal. [1]  This is addressed below.

The power of a court to order security for costs derives from a number of sources.  The relevant rules of court generally give a judge discretion to require a plaintiff to provide such security as the court considers appropriate for a defendant’s costs which includes the manner in which such security is to be given.[2]

Section 1335 of the Corporations Act 2001 (Cth) empowers a court where a corporation is a plaintiff and there is reason to believe that the corporation will be unable to pay the costs of the defendant if successful in its defence to “require sufficient security to be given for those costs”.  In class actions s 33ZF together with s 33AG(c)(v) of the Federal Court of Australia Act 1976 (Cth)  empowers the Court to “make any order the Court considers appropriate or necessary to ensure justice is done in the proceedings”.[3] Relevant also is the inherent jurisdiction of the Court to regulate its own practice and procedure so as to procure proper and effective administration of justice and to prevent abuse of its own process.[4]

Whether security is ordered, the amount payable, and the form in which it is to be provided are matters which fall within the Court’s general discretion.  This discretion is unfettered but on occasion some court rules do provide guidance.    For example, rule 672 of the Uniform Civil Procedure Rules 1999 (Qld) lists a number of matters that a court may have regard to when considering the question of security including the means of those standing behind the proceeding, whether an order for security would be oppressive, whether an order for costs made against the plaintiff would be enforceable in the jurisdiction, and the costs of the proceedings.

The protection provided by an order for security for costs has traditionally been provided by either a payment made into court or the provision of a bank guarantee from an Australian bank.  By doing this a court ensures that a fund is available within the jurisdiction against which a court’s judgment could be enforced by a successful defendant.

In Commissioner of Taxation v Vasiliades[5], Kenny and Edelman JJ observed that the factors that courts have over time recognised as relevant to the exercise of discretion bear on the purpose for which an order for security for costs is made. If for example an applicant in a proceeding is ordinarily a resident outside jurisdiction, an award of security of costs means that a respondent “does not bear the risk as to the certainty of enforcement in the foreign country and as to the time and complexity of the action there which might be necessary to effect enforcement”. [6]

The type of discretionary factors to which a court may have regard in deciding whether to make an order for security are not limited.  A countervailing consideration, which may be unique to the action, could justify the making or refusal of an order.

In Adeva Home Solutions Pty Ltd v Queensland Motorways Management Pty Ltd[7], a security for costs application was brought by a defendant in a class action concerning the validity of penalty toll payments made on motorways in Queensland. The application for security for costs sought the first tranche of the defendant’s costs, which at that time were about $210,000.   The plaintiff offered security by means of ATE insurance provided by AmTrust Limited.

At first instance, Applegarth J refused the offered ATE insurance as being an appropriate method for the payment of security. AmTrust has no assets within the jurisdiction.

His Honour noted that enforcing security given by a foreign insurer provided two significant disadvantages. The first was that enforcement could be difficult and there were associated costs in taking such action. Secondly, although AmTrust appears to be a company of standing, its present financial position and its ability to meet any costs order made could not be guaranteed.   The provision of security by ATE insurance was weighed against the desirability of having the usual course followed in Queensland – that is having either money paid into court or for there to be a local bank guarantee. In the circumstances, His Honour refused the security in the form offered.

On appeal[8], the Queensland Court of Appeal upheld His Honour’s decision. In part the Court was reluctant to interfere with the exercise of the discretion of a single Judge.  But in addition to that, a number of comments were made indicating that a plaintiff has no freestanding right or entitlement to provide security in the form least disadvantageous to it.   It had been the general established practice that, provided there was no detriment to a defendant, a plaintiff could provide security in the form most advantageous to it.

Adopting the Court’s reasoning in Equititrust Limited v Tucker[9], the Court of Appeal found that authority does not support the existence of such a freestanding right or entitlement.  In a more orthodox way the Court of Appeal indicated that there must be a discernible disadvantage accruing to a plaintiff if a particular form of security is ordered which would amount to a countervailing consideration sufficient to warrant ordering security in a form other than the form which would ordinarily be required (that is payment into court or bank guarantee). An example given of the type of disadvantage to the plaintiff which would warrant security other than in the ordinary form would be if the security was oppressive or if it might stifle the litigation.

The gravamen of the Court of Appeal comments is that there would be little role for ATE insurance to play, particularly in circumstances where a representative claim is backed by a litigation funder. It would be difficult to think of circumstances where a litigation funder would not have the capacity to provide security in its own right rather than mitigating its risk by means of ATE insurance.

Specifically, the Court of Appeal did not accept as correct the comments made by Lee J in Perera v Get Swift Limited[10], where His Honour wrote:

In the context of class actions, I would add that security should be provided in a way that is the least disadvantageous to group members who will, albeit often indirectly, likely bear the ultimate cost of the provision of the security.

Perhaps because the action was in its early stages, the additional costs payable to group members was not able to be identified to the Court, although the fact that such additional costs will arise was drawn to the Court’s attention.   It was not found that this fact – on the evidence before the Court – was a sufficient countervailing weight against security being provided in the ordinary manner.

Adeva raises concerns as to how ATE insurance will be viewed in the future by the courts (particularly in Queensland) as an appropriate means of providing security.   Prior to this decision there were a number of authorities in other jurisdictions where the provision of security by ATE insurance through AmTrust was accepted as being appropriate. [11]

This may demonstrate that a different view to the appropriateness of ATE insurance as a means of providing security may be taken in Queensland as opposed to the general practice adopted in other jurisdictions.  So much may impact on Queensland being a jurisdiction for class actions as risk adverse funders may be more reluctant to commence proceedings in Queensland if their ability to use ATE insurance is uncertain.  Time will tell.

[3] Equivalent provisions are found in State legislation, an example being s. 103ZA of the Civil Proceedings Act (Qld)

[11] The following authorities have involved provision of security by AmTrust in a manner which has been accepted by the courts as consisting appropriate security for costs: DIF III Global Co-Investment Fund LP & Anor v  BBLP LLC & Ors [2016] VSC 401; Peterson Superannuation Fund Pty Ltd v Bank of Queensland Limited [2017] FCA 699; In the matter of Tiaro Coal Ltd (in Liq) [2018] NSWSC 746