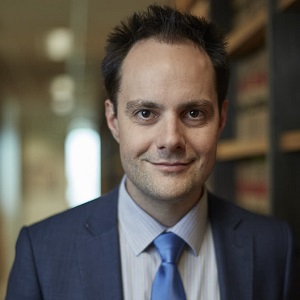 A US based law podcast that analyses newsworthy legal cases and the legal side of news stories. The podcast pairs a current practising commercial lawyer with a lay professional podcaster. Andrew Torrez (the lawyer) does most of the talking and Thomas Smith takes more of an interviewer role.

A typical episode is around an hour long and will focus, in one or two segments, on explaining an important case (usually constitutional cases) or analysing a legal issue in the news (usually political issues).

It has a top quality production value. It manages to entertainingly dive deep into legal issues without either dumbing it down or failing to give source detail. Andrew Torrez impresses as knowledgeable and completely across all of the issues that he analyses. One of the best things about the show is that like a good submission to Court (or as Americans evidently call it a good “brief to Court”) when an assertion is made, it’s generally backed up with an authority.

Around 150 episodes into its 600+ episode run, around the end of Trump’s first year in office, the show became more overtly partisan political (in a left direction) and less restrained in its commentary. For example, episode 39 was called “Trump’s Muslim Ban” and episode 583 is called “Republicans Creating Handmaid’s Tale Hellscape”. Even still, while the commentary becomes more bombastic, the content remains reliably factual and opaque. And if you lean hard left, that may be a pro for you.