You Will Wear That Pleading, Me Lad! 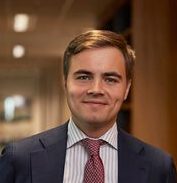 267 Views
You Will Wear That Pleading, Me Lad!

The Court’s inherent (or implied) power to prevent abuse of its process has a raft of applications, often coinciding now with many of the express powers conferred by rules of court.  However, there was a time in history when its ambit was even broader, and more onerous..

I recently came across a short biography of Lord Ellesmere in Theodore Plucknett’s A Concise History of the Common Law.  Ellesmere was Master of the Rolls between 1594 and 1603 and Lord Chancellor between 1596 and 1617.  He was particularly sensitive to the prospect of the Chancery Court’s processes being abused.

Plucknett cites one occasion where Ellesmere was presented with a 126-page reply pleading which he considered 110 pages too long.  He subjected the drafting counsel , one Richard Mylward, to the following order:

That the Warden of the Fleet shall take the said Richard Mylward… into his custody, and shall bring him unto Westminster Hall… and there and then shall cut a hole in the midst of the same engrossed replication… and put the said Richard’s head through the same hole and so let the same replication hang about his shoulders with the written side outward; and then the same so hanging shall lead the same Richard bareheaded and barefaced round about Westminster Hall whilst the courts are sitting and shall shown him at the bar of every of the three courts within the Hall.

In other research I discovered found the case Mylward’s troubles did not end there.  After being paraded around Westminster Hall, he was taken back to Fleet Prison, remaining incarcerated until he paid costs to the defendant in addition to a fine.

One would like to think that the inherent power of the Court  has shrunk somewhat since Lord Ellesmere’s tenure, else we may need to rethink the judicial conduct protocols.

Theodore Plucknett’s A Concise History of the Common Law is available on Kindle for $8.49.

Issue 87
The Hospital Pass: "Without Prejudice" Exercise of Contractual Rights?
SEE ALL