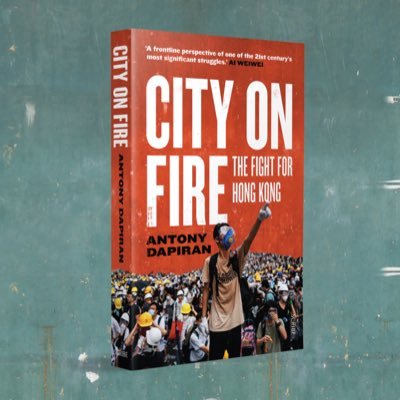 The Fight for Hong Kong

The events in Hong Kong since June 2019 have been momentous and have the potential to have an impact on the future of world peace.

Hong Kong has a history of protests. 1967 saw Maoist-inspired protests and, in 2014, there were protests that became known as the “Umbrella Movement”.

The Umbrella Movement had been, at that time, the pinnacle of Hong Kong’s long history of civil disobedience. It was a 79 day, occupation-style protest that brought Hong Kong to a standstill. Its background lay in Beijing’s promise of democratisation to Hong Kong, particularly, the implementation of universal suffrage for selecting Hong Kong’s Chief Executive (the post-handover equivalent of the Territory’s Governor).

Through the summer of 2019, Hong Kong was in turmoil, initially, as a result of anti-government protests sparked by a proposal of the Hong Kong Government to introduce a controversial extradition law.  The movement then grew into a proâdemocracy movement that engulfed Hong Kong, continuing long after the extradition law proposal was suspended and then withdrawn.  Protesters engaged in street battles with police and the unrest brought the People’s Liberation Army to Hong Kong’s doorstep. Driven primarily by students and youth protesters with their “Be Water!” philosophy (borrowed from hometown hero Bruce Lee), the leaderless, technology-driven protest movement defied China and has changed Hong Kong forever.

The response of the Hong Kong government to these protests was to treat what was, in reality, a political problem as if were one of law and order.  The result was that the protesters, in the face of an unresponsive government and with no other channels for dialogue or mechanisms through which to voice their discontent, had only the police as a target for their frustration and anger.

A consequence of Hong Kong’s narrow streets is that tear gas hangs in the humid air between the buildings. It is in this environment that, in the seven months to the end of 2019, Hong Kong police fired more than 16,000 rounds of tear gas onto the streets of Hong Kong. Hong Kongers were, at times, exposed to higher concentrations of tear gas than were contemplated by studies to be “safe”. The spectacle of tear gas defined so many aspects of Hong Kong life in 2019, whether one was at the frontlines of the lawful protests or simply going about one’s normal everyday activities. Further, police disguised as protestors, turned on their neighbours and effected violent arrests. Images of these events include a protestor begging for mercy as arresting officers ground his face into a blood stained pavement, his front teeth having been knocked out.

The executive branch of government, bypassing legislative scrutiny, unilaterally, decreed a new criminal offence by prohibiting the wearing of face masks during any public protest. The power used to enact this provision was a law that dated back to a previous episode of civil unrest in Hong Kong, the seamen’s strike of 1922. The police also used their powers to ban rallies and marches, thereby, criminalising protests and foreclosing legitimate forms of peaceful dissent. The government and police referred to protesters as rioters. Simply put, traditional means of political expression were systemically foreclosed.

The 1967 Umbrella Movement had focused on blocking flows by blocking the road, preventing the flow of traffic, people, goods and capital through the city and, in so doing, hoped to exert political pressure to achieve their aims because Hong Kong is designed to facilitate such flows. By fighting against those flows, the protestors were fighting against the very nature of the city. However, the 2019 protestors understood the importance of extending their occupation so that protest bases metastasised across the city rather than remaining in isolated enclaves. Consequently, rather than trying to block flows, the 2019 protestors flowed throughout the city, engaging the populous where they found them and shifted the target of their protest actions from the flows themselves to the natural endpoint of those flows, namely, the terminals of the city, particularly, the airport, the rail network and shopping malls. For example, protesters entered Hong Kong’s international airport and forced a shutdown that left thousands of travellers stranded and forced the cancellation of all inbound and outbound flights for the best part of two days. On another occasion, people linked hands in a continuous human chain through the streets of Hong Kong that measured 60 kilometres in total.

The world, consistently, witnessed images of heavily armoured riot police battling stone throwing protestors in tear gas filled streets, images that have seriously tarnished Hong Kong’s reputation as a safe international financial hub.  Further, vandalism and boycotts targeted businesses that support the government — all occurring in the context of Hong Kong leaders having an uncanny ability, simply, to misread the mood of the city and its inhabitants.  China’s authoritarian interference in Hong Kong was met by a unique and unprecedented popular uprising.

The PRC fanned sentiment on the mainland against Hong Kong protesters.  This then flowed out to diaspora communities, being felt first on university campuses that had significant numbers of both Hong Kong and mainland Chinese students.  One of the first incidents occurred at the University of Queensland where groups of students from each camp clashed and the Chinese Consulate in Brisbane issued a statement in support of the mainland students, praising their “spontaneous patriotic behaviour”. In Melbourne, demonstrators supporting the Hong Kong protest, clashed with pro-China supporters — an irony being that the pro-Chinese supporters were exercising the freedom of speech that is often unable to be exercised in China and were doing so to prevent Hong Kongers from exercising the same right.

A significant consequence of the 2019 protests is that there has been a collapse of public trust in previously trusted institutions upon which Hong Kongers relied, including HSBC, Cathay Pacific, the MTR and the Airport Authority. This occurred as a result of these institutions opposing the protestors.

This publication argues that the Umbrella Movement of 2014 did not end — that the 2019 protests were its continuation and, similarly, the Hong Kong and Chinese governments should not believe the protests have ended or that Hong Kongers have stopped caring. Rather, it is just that same tightly coiled spring being compressed once more, until it bursts out once again.

In this publication, Antony Dapiran, an Australian lawyer and long-time resident of Hong Kong, provides a detailed first-hand account of the protests, reveals the protesters’ unique tactics, explains how the movement fits into Hong Kong’s long history of dissent, and speculates as to what the protests will mean for the future of Hong Kong and China. It provides a first hand analysis and description of a very significant struggle. It provides a fascinating narrative and well-informed perspective of a very complex issue, and it highlights how the 2019 Hong Kong protests have affected China’s place and standing in the world.

This publication highlights the human thirst for freedom. Anyone with an interest in human rights should find it an intriguing read.