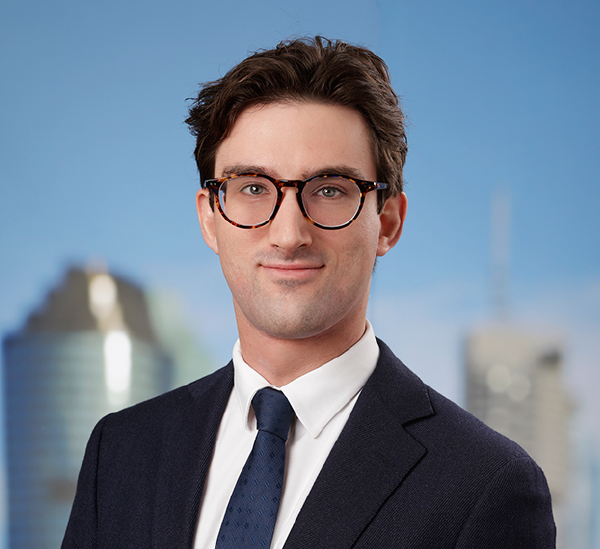 In this edition of Hearsay we hear from two readers, from Bar Practice Courses 75 and 76, respectively.

On 15 March 2021, 37 aspiring barristers gathered in the Chief Justice’s Court at the QEII Courts of Law for the start of an intensive six-week course dealing with all aspects of oral and written advocacy.

BPC 75 was an eclectic mix of lawyers with a diverse range of experiences. There were the commercial litigators, government lawyers, criminal defence lawyers and prosecutors, judges’ associates, and, crucially to the family law mock hearing, one family lawyer. The variety of the pupil’s different experiences was instrumental as we progressed through each of the written and oral assessments.

The course proceeded at a brisk pace, and before we knew it we were making our first submissions. It quickly became apparent that the ability to juggle multiple briefs was a highly valuable skill, as well as the ability to transform an incomplete brief into a set of successful submissions (and the ability to consume copious amounts of caffeine). Each day blurred into another as we practised our written and oral advocacy skills in different settings, ranging from criminal sentencing, and trials in civil, family and criminal jurisdictions.

We also had the benefit of delivering submissions in true 2021 style – through the medium of Zoom. The Covid outbreak in late March 2021 caused the course to pivot from in-person delivery to online for three days. During that time, we overcame the challenges of slow internet and speaking whilst on mute, and learned how to effectively deliver oral submissions outside of the traditional courtroom. Some pupils even discovered that online delivery was conducive to the occasional power nap, an opportunity which might not have otherwise presented itself with in-person attendance.

As Easter approached during the middle of the course, it was thought by some pupils that the Easter long weekend may afford some brief respite from the course’s gruelling schedule. The second advice assessment had other ideas. For most pupils, it was an Easter long weekend unlike any other. On the other hand, the bulk consumption of chocolate assisted in the assessment of damages in a personal injury matter.

After five weeks of intensive advocacy, we approached the summit of the course – the Advocacy Intensive Weekend and the Final Mock Hearing. “Intensive” accurately describes the Advocacy Weekend. It was a unique opportunity to be given immediate feedback about what worked and what didn’t in the running of a trial. New techniques were tried and trusted techniques were honed. By the Final Mock Hearing, each pupil had found an advocacy style that worked for them.

By the final evening of the course, “collegiality” had taken on a deeper meaning amongst the group. We are indebted to the barristers, Bar Association staff and volunteers who kindly donated their time to assist us throughout the course. We are also grateful to the judges who instructed us in the various seminars and who presided over the final mock hearings. The opportunity to appear before eminent practitioners so early in our careers was a fantastic opportunity. In particular, we would like to thank Gail Cowen and Alexandra Slater for so flexibly rearranging the course as a result of the ever-changing Covid restrictions.

It was the best of times, It was the worst of times… an homage to BPC76.
In a COVID-19 world, we are all forced to adapt. Just one such example of this adaptation comes from the pupils of Bar Practice Course 76, who were the very first cohort to endure an almost entirely Zoom-based course content delivery. And more impressively – to survive it with (most of) their sanity intact!

In the face of a previously delayed Bar Practice Course 74, the decision to deliver BPC76 online was one which was carefully considered and ultimately successful. All content based sessions, first appearances, and Mock Hearings 1 through to 4 were completed from the security of 36 pupils’ homes/workplaces/library hideaways. Rife with opportunity to either (a) forget you were on mute (b) forget to place yourself on mute (c) dress just a little more comfortably then you might otherwise (d) fill your teacup with something stronger than coffee or, (e) all of the above; the pupils of BPC76 are forever bonded by their ‘perseverance’ (read: trauma) alongside fearless coordinators, Gail Cowen and Alex Slater, of the Bar Association of Queensland.

It was a bizarre experience to formally meet for the very first time at Mock Hearing 5. Common revelations included the excessive height of one particular pupil, and the remarkableness that all pupils in fact had a lower body. The BPC76 crew were grateful to finally find some time on their feet (for some, being the first time they had appeared somewhere other than from the carpets of their respective Zoom locations). While, on the other hand, experienced barristers and judges were quick to reassure pupils that the online platform is one which is increasingly utilised.

It should be hastily added that the encouragement and organisation of our group-appointed social director was much appreciated. She was able to successfully wrangle a lot of pupils into Friday catch ups, ensuring not all of the prerequisite bonding was completed online. Those Sidebar catch ups were a much needed screen break and a chance to mingle.

The WhatsApp chat group was lit and always entertaining, and I digress to provide a few of the most memorable topics and moments from one pupil’s perspective:

All jokes aside, the BPC76 group became a close bunch. The diverse background of each pupil was not only fascinating – but a massive support to the group. The Criminal Law (Mock Hearing 1) and Family Law (Mock Hearing 4) survival tutorials which were provided by experienced pupils to the rest of the group proved that the remoteness of each pupil was no bar (pun intended) to helping one another out and pulling through as a team.

Alongside all of the amazing pupils was the perseverance and generosity of the individual presenters. Presenters including members of the Judiciary, Queen’s Counsel, other esteemed members of the Queensland Bar as well as the solicitors’ branch of the legal profession. Each presenter was generous with their time and willingness to distil their impressive banks of knowledge, and also with their patience and kindness toward occasionally overwhelmed pupils. While it took time for pupils to acquire the confidence to use the ‘hand-up’ function of Zoom – presenters were tasked with the responsibility to deal with the constantly changing grid of pupils they faced while trying to operate PowerPoint Slides, keep to the schedule, answer questions, and keep an eye on the ask-a-question chat. Though each and every Bar Practice Course rollout calls for knowledge and skillsets from each presenter, I suspect that the uniqueness of the BPC76 online format was a challenge which each presenter unquestionably rose to meet.

No challenge was quite so fervently met than by Gail and Alex. Through all of the Zoom sessions, chat messages, emails, text messages, calls and in-person check ins, they were enthusiastic at all times and worked hard to ensure BPC76 crossed that long awaited finish line. I’m confident in extending our sincere thanks as a group to Gail and Alex. Your patience did not go unnoticed, or unappreciated.

On the final evening of the course, the BPC76 pupils congregated in the Banco Court to receive their completion certificates. It was a proud moment, filled with a heady mix of excitedness to be finished and exhaustion from the trials and tribulations which the Course had thrown at us, both expected and unexpected. A number of pupils karaoke’d the night away afterwards, safe in the knowledge that their song selections were free from judgement – and, more importantly, that they had unlocked the next chapter of their lives.