BY Will Macintosh
894 Views 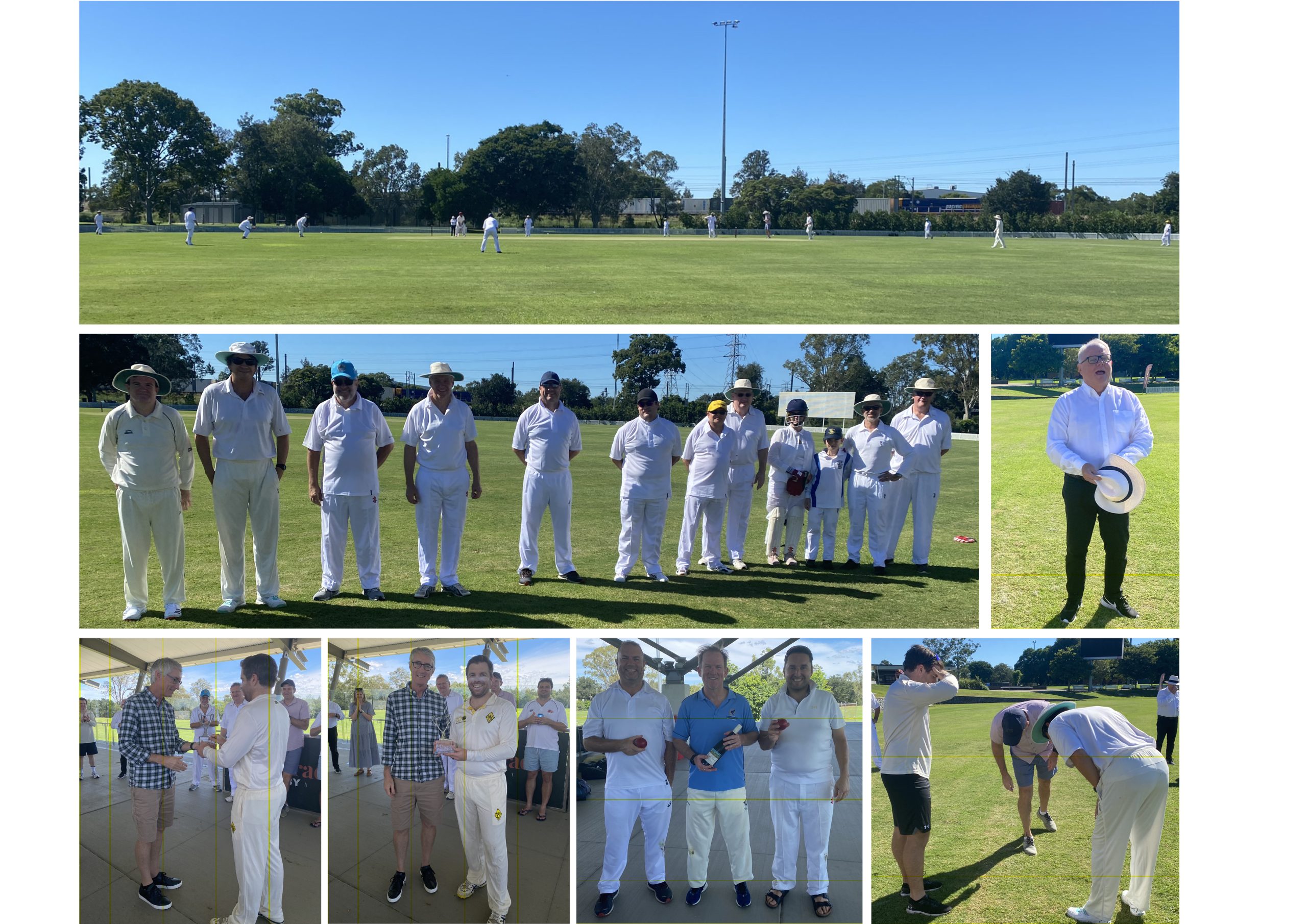 The pristine outfield and prime centre wicket of the Internationals Oval at the Gregory Terrace playing fields at Tennyson was the cauldron within which the Bench v Bar cricket match was played on 28 March. A cloudless Autumn morning saw the Bar sent in by the Bench.

Nathan Shaw (32 ret.) and Anthony Messina (29 ret.) successfully reprised their opening partnership from 2020. They were, however, forced to dig in for their runs as the Bench’s attack conjured several miserly spells, including from Reid DCJ, Williamson QC DCJ, and Mark Hardwick. Dom Katter (29 ret.) and Andrew Skoien (21 ret.) entered the fray to build on the platform laid by the openers before the Bar ultimately posted the competitive score of 7/123 from their 25 overs.

The Bar’s innings reached a crescendo with an impertinent final-over display from Ben “Cruiser” McGlade and James Byrnes, which comprised charging the Bench’s captain; attempting a ramp shot without a helmet; and running a three, two of which were on the arm. It appears the two of them are content not to appear in the commercial list for the foreseeable future.

However, a masterful display from Muir DCJ behind the stumps kept the Bar’s charge in check. Her Honour’s efforts were matched only by the vigour of her Honour’s son, Tim (aged 10), occupying the backstop position. Porter QC DCJ displayed great enthusiasm both in his Honour’s frequent appeals and comments directed at the Bar’s batters.

The Bench innings was stoically commenced by Lynch QC DCJ (12) and Chris Kefford (16), whose persistence saw the Bar reach the drinks break without a vital first breakthrough. Despite handy contributions from Michael Watts (18), and Porter QC DCJ (8), their Honours’ resistance was ultimately broken thanks to timely spells from Anthony Messina (3/8), Andrew Skoien (2/6), and Kirsty Gothard (2/19). The Bar’s fielding effort was crowned by an excellent outfield catch by Andrew Skoien and a spectacular diving snare from Charles Matthews behind the stumps, ensuring a 54-run victory for the Bar.

The highlights of their Honours’ innings included a peach from Kirsty Gothard to remove the spirited Porter QC DCJ; the tireless effort of Kefford DCJ as runner for Michael Watts, who had unfortunately blown a hamstring earlier in the day; and the class of Lynch QC DCJ at the top of the order.

But, to the victor belongs the spoils. The prized Chief Judge’s Trophy was presented by Deveraux SC DCJ to the Bar team, with the player of the match award going to Andrew Skoien for his all-round effort. The air was soon filled with the sounds of post-match conversation and the opening of beverages.

Special thanks must, of course, go to those who made the day happen. Firstly, to Porter QC DCJ for organising the Bench team; secondly, to Rob Anderson QC for doing the same for the Bar, and volunteering his morning as umpire; thirdly, to Michael Holohan for arranging the logistics of the day and suppling refreshments; fourthly, to the former Chief Judge Kerry O’Brien for returning (under a guard of honour) as umpire; and fifthly, to Caite Brewer for scoring the match and providing sugar-hits to the players.

While the scorecard records victory for the Bar, the true winners of the day were cricket, camaraderie, and Brisbane’s physiotherapists.