Previous Issue
Issue 89: September 2022
About Us
HOME / The Chronicle of a Young Lawyer: A legal journey in the Territory of Papua and New Guinea
FEATURE ARTICLE - Issue 88 - June 2022, Reviews

The Chronicle of a Young Lawyer: A legal journey in the Territory of Papua and New Guinea

BY Nicholas Cowdery AM QC FAAL 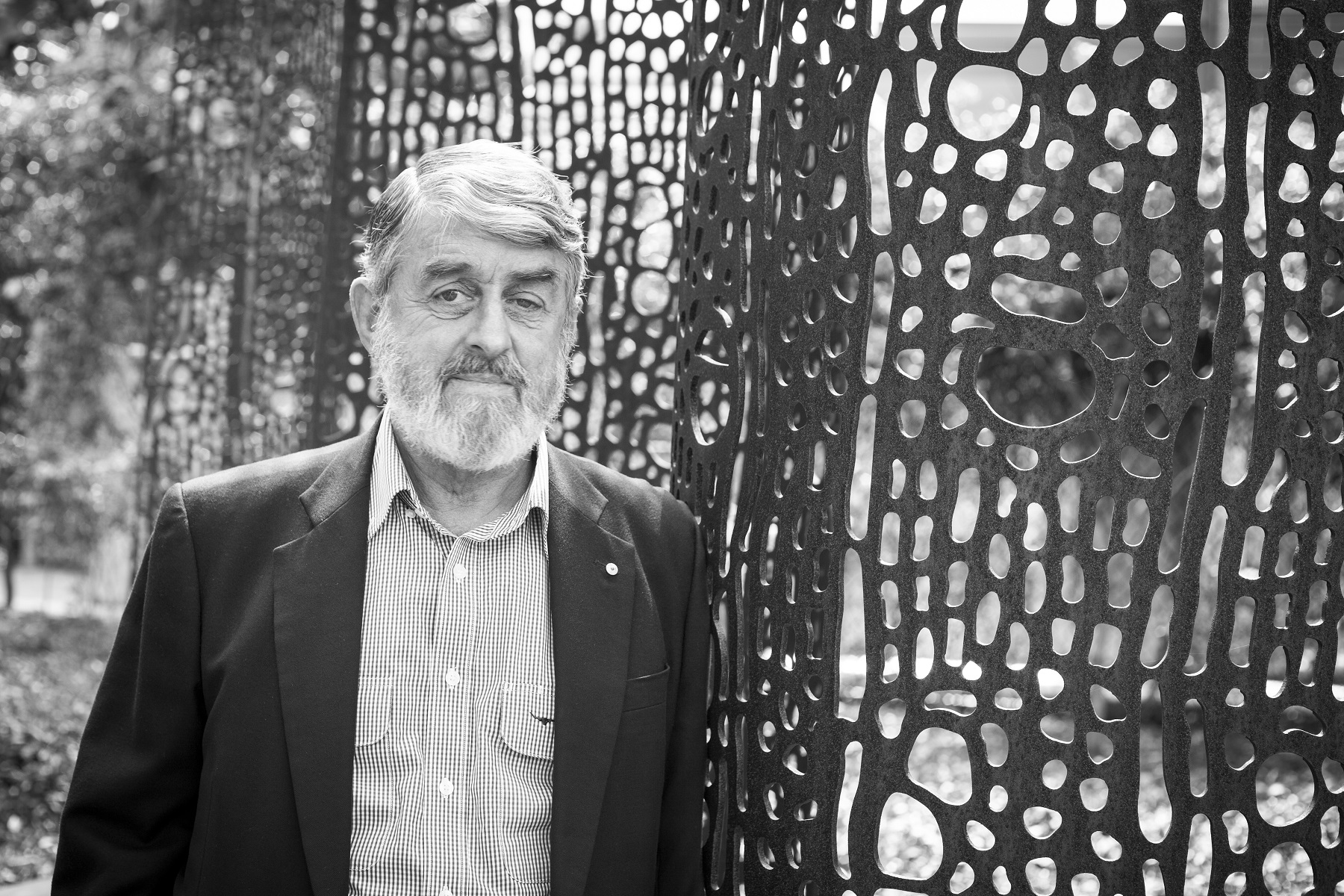 The Chronicle of a Young Lawyer: A legal journey in the Territory of Papua and New Guinea

Availability: Booktopia & all good bookstores, www.hybridpublishers.com.au and as an e-book from Amazon, Kobo, Google Books and Apple iBookstore

The Office of the Public Solicitor [“Pub Sols”] began in the Territory of Papua and New Guinea [“TPNG”] in 1958 and was guided from then, almost to the independence of PNG in 1975, by the late W A (Peter) Lalor, to whom this book is dedicated.

The author, Kerry Dillon, was one of the many lawyers who contributed over those 17 years, including many from Queensland.

The framers of the Constitution of the Independent State of Papua New Guinea [“PNG”] rightly believed that the Public Solicitor’s Office had played such an important role in the development of the rule of law and access to justice and was such an important part of the emerging nation’s legal system that the Constitution established the Public Solicitor as a Law Officer of PNG (Articles 156 and 176) and provided independence and tenure (Articles 177 and 178).

This is an important book because the information it provides is not available elsewhere in convenient form. It is well-researched and illustrated with photographs. It is a riveting and enjoyableread for a general audience, as well as for lawyers and persons with connections to PNG for whom it will strike various chords.

It is, as the title suggests, a chronicle by Kerry Dillon (from Tasmania) of his two years as a young lawyer in TPNG in 1969-71. It tells Dillon’s personal and professional story of a couple of months in the Crown Law Department and the rest of his contract term in Pub Sols, travelling throughout the Territory on circuit with the (then) Supreme Court, defending the “locals”. It was not all work, of course, but Dillon deals with social life sparingly (perhaps wisely).

It was a time when Australian law (and a little UK law) applied in PNG, with the Queensland Criminal Code forming the basis of criminal law. Judges and lawyers came from all parts of Australia and New Zealand on contract to judge, to prosecute and to defend – and to work in other areas of law in the developing nation. The judges were from the highest strata of the profession in their home jurisdictions and maintained the highest standards of behaviour on and off the bench. They applied the law without fear or favour, affection or ill-will.

Most of the lawyers employed there at the time and mentioned in the book went on to great things elsewhere – from Queensland to mention a few: the bench (Brian Hoath, Clive Wall QC and John Baulch QC to the District Court), the solicitors’ branch of the profession (Eamon Lindsay in Townsville – also a longstanding MP), the Bar (Rob O’Regan QC, Kevin McCreanor and Jim Bradshaw – Rob O’Regan was also a Professor of Law and Law School Head at the University of Queensland and Chairman of the Criminal Justice Commission). The author, Kerry Dillon, practised as Assistant Director of the Legal Aid Commission in Queensland in the early 1980s, at the Bar from 1990 and as a magistrate from 1998 until retirement in 2003.

This book, in telling the stories of Dillon’s many experiences in the law in all parts of TPNG, illustrates and underlines the enormous contribution made by these professionals to the application of the rule of law in a slightly wild jurisdiction where payback killings were common, in some areas, and where the death penalty was available. Despite temptations that were clearly present, the letter and spirit of the inherited (UK and Australian) law were always observed, which provided the opportunityfor young lawyers to be imbued with principle and diligent application. That industry, in turn, showed the way for the PNG lawyers and legal systems of the newly independent PNG and provided a great foundation for what they would choose to develop (even if it has not always been successfully reflected in more recent times).

Dillon takes the reader on circuit with him, providing the background and some history for each circuit, describing many of the cases in which he was involved and assessing their resolution. In addition to descriptions of the linguistic, procedural and other challenges for both the young lawyer and the legal system, there are great insights into the customs, practices and relationships of the local people in different areas. Along the way, there is plenty of local colour and some anecdotes about colleagues. The perils of commuting in small aircraft are well described. After his own history and setting the scene, Dillon takes us to the Sepik, Western Highlands, Rabaul, Bougainville, Madang, Eastern Highlands, the Morobe District, Western Papua and Port Moresby at various times – on a tour of the whole country, in fact.

But this is much more than a diary. Always in the background are the politics of a developing nation moving towards independence and Australia’s role in that process. The stories of unrest on the Gazelle Peninsular (Rabaul), arising from agitation for proper land rights and political representation by the Mataungan Association and some future leading politicians, and Dillon’s role in representing those charged in 1969 and 1970, presage the murder of Jack Emanuel, District Commissioner, in August 1971. The manoeuvring behind the scenes by the Administrator, David Hay, with John Gorton and the later pressure, also, on Gough Whitlam to grant independence are described with new insights.

Towards the end of the book, another hugely significant contribution to Australia’s development is also shown to have had some initial impetus and ongoing support from developments in PNG. Land title claims were a vital part of the development of PNG to ensure social acceptance and support. The briefing by Peter Lalor of then junior counsel from Melbourne, the late Ron Castan AM QC, in the Town of Lae case, no doubt, served the latter well when he appeared in the Mabo case in the High Court. It is an intriguing link that Dillon explores sensitively and well, assisted greatly by Madeline Campbell who worked in Pub Sols, mainly, on land cases.

Some TPNG survivors in the profession in Queensland – and elsewhere – will remember some of the names mentioned in the book (no, there is not an Index but there is an Afterword that refers to them). Everyone in the Australian profession will recognize in their own jurisdictions the principles and procedures that were diligently applied and followed by the young lawyers in TPNG, guided by their very capable and experienced seniors, as described in the book.

Kerry Dillon was a fine example of those young lawyers, as his subsequent career (also described in the book) amply demonstrates.

[1] Nicholas Cowdery overlapped with Kerry Dillon in TPNG, arriving in 1971 and leaving in 1975. Like Dillon he spent a couple of months initially in the Crown Law Department and moved to Pub Sols. He was based in Port Moresby, Rabaul (including at the time of the Jack Emanuel murder trial in which Queensland and NSW counsel were briefed), Port Moresby again and Lae, where he established the branch office of Pub Sols. He travelled throughout the country on circuit and can identify with many of Dillon’s recounted experiences. He was also counsel in a land claim case in Port Moresby. He is mentioned in passing at pages 26 and 338. [He is the author of “Getting Justice Wrong: myths, media and crime” (Allen & Unwin, 2001) and “Frank and Fearless” (with Rachael Jane Chin; New South, 2019).]