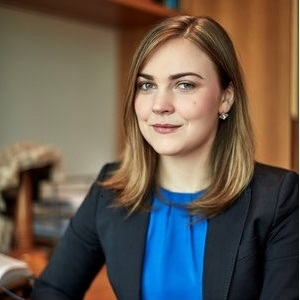 Many of you have probably heard about the story of alleged fraudster Melissa Caddick.  In case you have not, Ms Caddick is alleged to have posed as a financial adviser over a period of eight years and misappropriated funds from investors to fund her own lavish lifestyle.  She is accused of swindling millions of dollars from unsuspecting friends, relatives, acquaintances and even her own parents.  Ms Caddick’s mansion in Dover Heights, Sydney, was raided by the Australian Securities and Investments Commission (ASIC) on Wednesday 11 November 2020.  After vanishing from her home in the early morning of Thursday 12 November 2020, the remains of Ms Caddick’s foot washed up on a New South Wales beach in February 2021.  Ms Caddick is now presumed dead by authorities, though wild theories of how she could still be alive, abound.  ASIC is currently in the Federal Court trying to recoup more than $23 million left owing to 72 clients of Ms Caddick.

With the inquest into Ms Caddick’s death set to run from 12 to 26 September 2022, a new podcast covering the case, called Liar Liar has just been released.  The podcast is narrated by the Sydney Morning Herald’s Kate McClymont and 60 Minutes’ Tom Steinfort.  As the show’s blurb reveals, “Liar Liar will reveal fresh details of the crime of the century through interviews with key players and takes listeners from upmarket jewellery auction rooms in Hong Kong, to the ski slopes of Aspen to private islands in the South Pacific.”

The first episode of the podcast contains many interesting facts that have not been revealed in the media coverage of the case so far.  For example, on Friday 13 November 2020, the Friday after Ms Caddick’s home was raided by ASIC, she was scheduled to appear in the Federal Court via video link.  In the first episode, it is reported that those in the courtroom got a shock when Ms Caddick’s husband, Mr Anthony Koletti, appeared on the screen instead of Ms Caddick and apologised for her absence.  Also, it was only at midday on that Friday that Mr Koletti reported Ms Caddick missing.  That was 30 hours after she was last seen in the early morning of Thursday 12 November 2020.  This left a significant window of time for police to piece together what happened.  One other interesting fact is that several of Ms Caddick’s alleged victims discovered their investments were not as they seemed when it was reported that Ms Caddick furnished her clients with CommSec reports that contained 6-digit account numbers, whereas genuine CommSec accounts have 8 digits.  With the Federal Court proceedings ongoing and the inquest scheduled for September this year, this interesting podcast is a must listen for barristers.  New episodes of the podcast will be released weekly on Mondays.