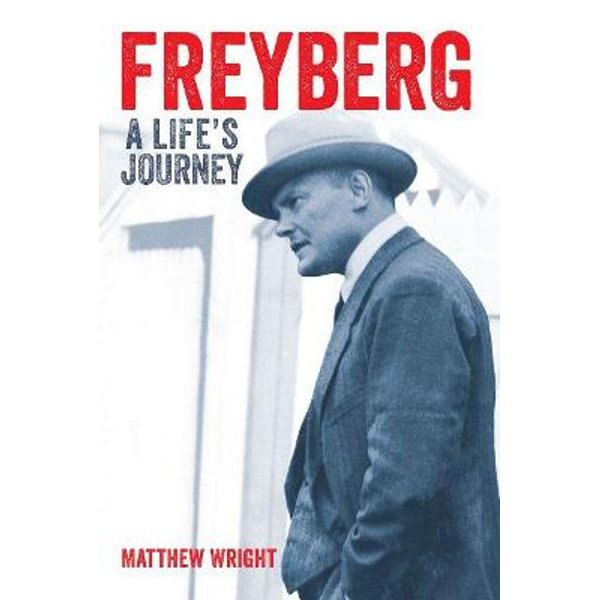 “Your mana is high”.

It is a useful word. It has no direct equivalent in English.

So how do you induce a retired, New Zealand Great War hero, resident in London for two decades, to take the command of New Zealand’s forces in 1939?

Former PM, Coates, wrote to Bernard Freyberg, and assured him that “your mana is high”. (p94)

Freyberg had served in the Great War with distinction. After WWII, he went on to serve as New Zealand Governor-General. He was raised to a peerage.

But he is also the centre of controversy. Much has been written of his role in two matters, in WWII: Crete and Monte Cassino. This warrants the author, Matthew Wright’s, continued attention, presenting an alternative view.

More about that in a moment. The present book is not a war history. Matthew Wright, has already written that: Freyberg’s War, Penguin, 2005.

This new book is a “character biography”.

But Matthew Wright does so in a way that explains and, to some extent, defends the character and reputation of the subject.

In every sense, Freyberg was remarkable.

From humble beginnings in Wellington and apprenticed to a dentist out of school, Freyberg was, nevertheless, destined for great things.  His swimming prowess gave early signal.

The account of his life as a young man showed that he was adept at dealing with bureaucracies (whether they be associated with dental registration or the military).

Arriving circuitously in London near the commencement of the Great War, he desired to make himself useful:

Freyberg decided to first introduce himself to Churchill.  He managed that by accosting the First Lord in Horse Guards Parade, while Churchill was on his way from the Admiralty to Downing Street.  (Page 35)

Somehow, this young man made a lasting impression on Churchill.

Though there were bumps over the years, on both sides, the relationship endured two world wars.

Sent with the Royal Naval Division to the Dardanelles, Freyberg earned the DSO during a six hour operation, overnight 24-25 April 1915.

I wonder if it is the only DSO also to have merited a civil award for heroism from a national swimming association? (Page 48)

But the Great War ground onward.

Wounded at Gallipoli, then posted to France, he was in command of the Hood Battalion during the encounter for which he was awarded the Victoria Cross, at Beaucourt-Hamel.

In part, the citation read that he had “inspired all with his own contempt of danger”; noted that he had fought despite wounds; and had “refused to leave the line until he had issued final instructions”.  (Page 59)

The account of this battle leaves no doubt as to the heroism of the man.

Back in London recuperating for a few months, he circulated with the most remarkable people, an eclectic circle, including JM Barrie, the playwright. There is speculation that Barrie fulfilled a role as mentor to Freyberg whose relationship with his own father had been difficult.

He seems to have so many qualities – lack of humour, chafing ambition, and a kind of admirable ruthlessness and positive self-reliance.  He knows when to quarrel with a superior and when to get rid of an inferior … There is a sort of directness, bluntness and inter-personal finesse, an absence of inverted commas, and what Severn calls “approbativeness” about him which is very refreshing. (Page 63)

As I read it, much of Freyberg’s relationship with Asquith was not known to his family till publication of her diaries in 1968. It fills out not just the family history but a wider aspect of society during the war. (page 70)

After the Great War, Freyberg remained in the military, until forced out for medical reasons in 1937. (page 87) But nothing would stand in his way, in serving again in the coming conflict.

I should only make brief mention of two critical encounters in WWII.

He was in command of the defence of Crete.  This is where much controversy ensues, and I will not solve it here.  But if anyone is interested in knowing the possible answers to criticisms made of the defence of Crete under his command, they will find those answers in Matthew Wright’s book.  There is a critical difference between Beevor and Wright as to whether Freyberg misread a cable which was based on Ultra intelligence. Wright’s analysis is worthy of consideration.

Likewise, criticism of the handling of the attack on Cassino in Italy, including the devastating error in the destruction of a monastery, finds a formidable defender in Matthew Wright.

Freyberg returned to New Zealand after WWII as Governor-General.  There is a brief account of his time in that role and, more briefly, an account of his return then to England where he was made Baron and sat in the House of Lords.

This is a remarkable life, largely unknown in Australia except amongst those familiar with the two WWII battles I have briefly mentioned.  There is much more to the man than those two important encounters, which Matthew Wrights brings out in this lively biography.

Napier was rebuilt after the calamity of 1931.

Opposite the Masonic Hotel, where we have stayed, is an arch, inscribed with words the town adopted for its rebuilding:

All goes if courage goes.

I have puzzled over those words. I now know the origin.

They are JM Barrie, in 1922, delivering his address on being appointed Rector of St Andrews University and on the occasion of Freyberg being made DLitt (Hon). (pages 81-82)

Barrie is referring to Freyberg’s diversionary action in the Dardanelles in 1915 — a freezing swim, from an unlit tender, to a hostile shore, along an enemy beach and then, by compass bearing alone, back to the invisible tender.

Like so much in New Zealand — schools, baths, streets, buildings — the Napier arch commemorates Freyberg.