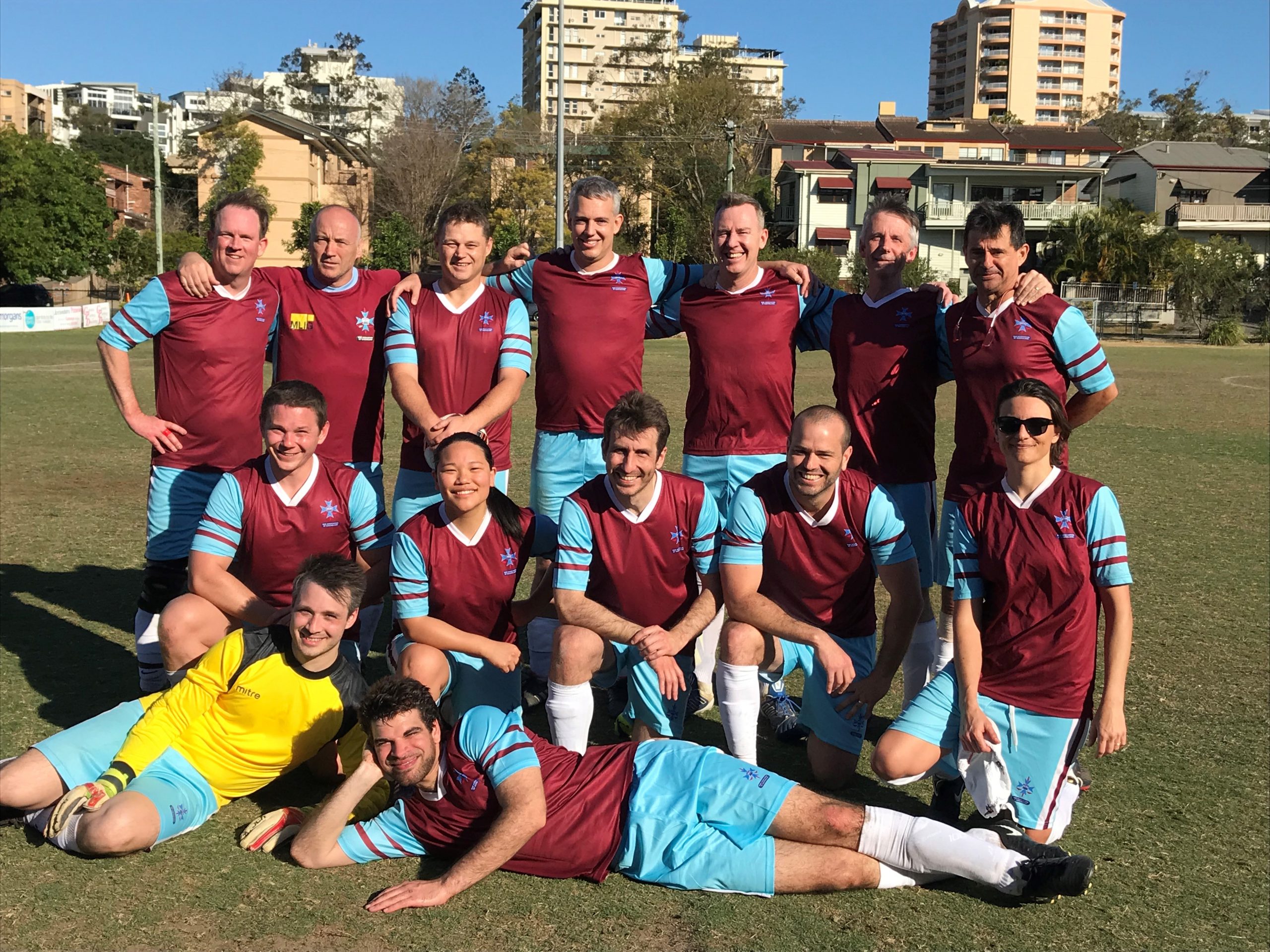 On Saturday, 21 September 2019, the Queensland Bar Association hosted the Tri-State Bar Sports Law Conference and Football Tournament in Brisbane. These annual events bring together barristers from the Queensland Bar, the New South Wales Bar and the Victorian Bar.

2019 constituted the 10th Anniversary of the establishment of the Tri-State Football Tournament, which commenced in 2010 when the Queensland Bar was invited to join the yearly competition that then existed between the NSW Bar and the Victorian Bar. The Queensland Bar has always performed creditably in the Tri-State Football Tournament, winning the championship on a number of occasions in the past.

The associated Sports Law Conference is open to all and was well attended, with delegates from both of the two southern Bars, as well as members of the Queensland Bar Football Team and other Queensland Barristers. The morning session heard from speakers Joe Crowley (Disciplinary Case Study: Forcing the Result or Deliberately Losing — Final Round Tactics in Club Cricket), Vincent Brennan (Intervention by the Courts in Sporting Matters), Gabe Bednarek(The Use of VAR and Goal Line Technology)and David Fahl (Risks in Sport and Implications for Liability under the Law).

The Tri-State Football Tournament was concluded on that Saturday afternoon, with three “back-to-back” games at 1pm, 2.15pm and 3.30pm.

Thanks are extended to the Toowong Football Club, which went out of its way to make its fields and clubhouse available at short notice, when field safety and maintenance issues necessitated a last-minute change of venue from another Brisbane football club. Thanks also go to Rebecca Treston QC, and various other Qld Barristers and their family members, who attended the games and gave invaluable support to the Qld Footballers. Finally, thanks are extended to Anthony Lo Surdo SC and Anthony Klotz for organising the NSW Bar Team and Victorian Bar Team, respectively.

Despite a valiant effort by the Victorian Bar, NSW secured the Tri-State Trophy for 2019. Qld defeated Victoria in the first game and NSW was also successful against Victoria. Unfortunately, Qld lost to NSW in the decider. The day finished with the presentation of trophies, followed by some refreshments at the clubhouse and the inevitable wapping of stories about on-field heroics.

This year’s Football Tournament and Sports Law Conference will be held in Sydney in September 2020. The date for the events should be announced by the NSW Bar soon and all expressions of interest will be welcomed. With the enthusiasm shown by the Queenslanders at last year’s event, there is every reason to expect that the Queensland Bar will have a good touring party again this year and, consequently, will have a good chance to take the trophy off NSW at their home event.