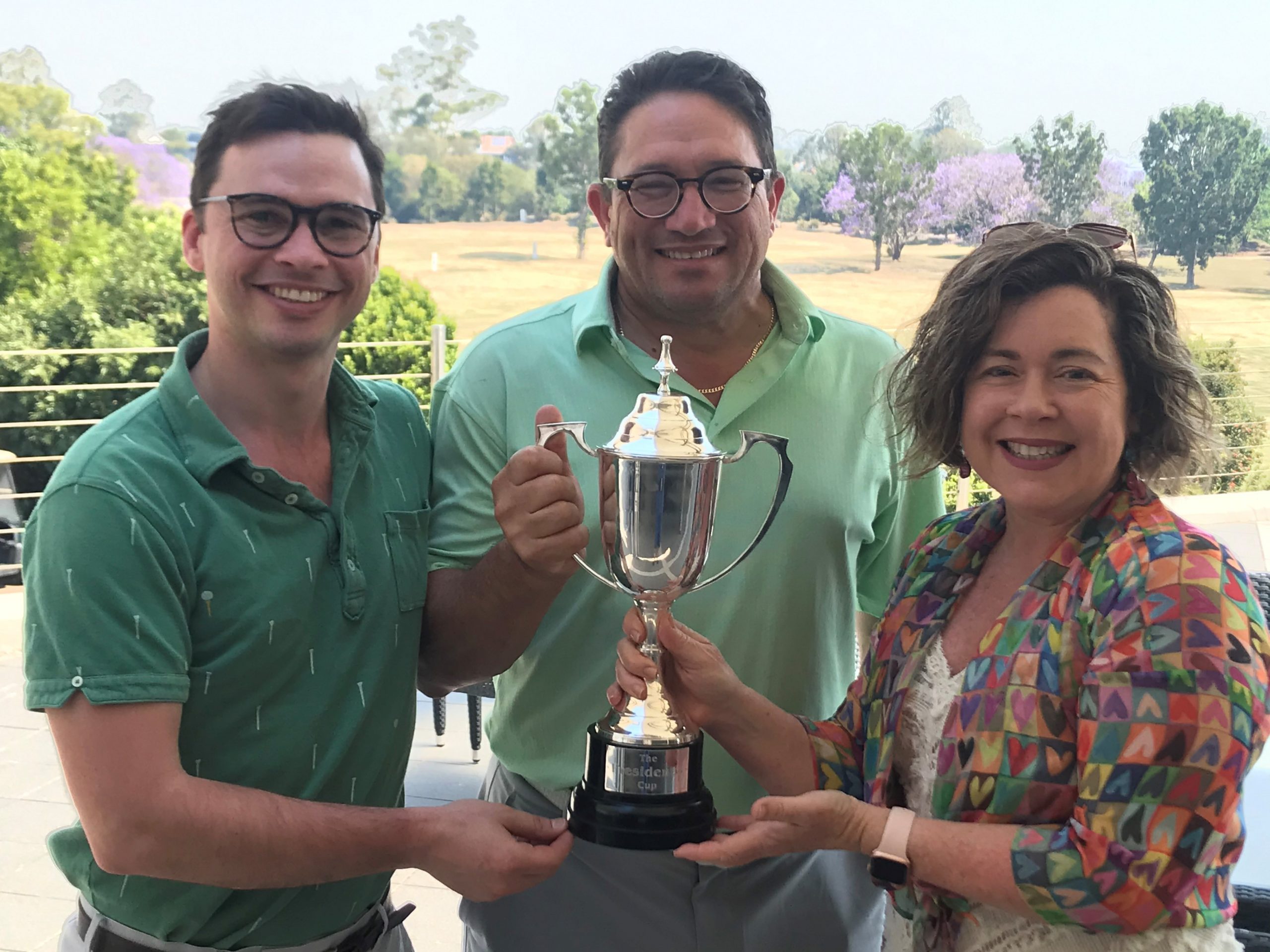 On Sunday, 10 November 2019, the Annual Bench and Bar Golf Day was held in fine, warm, weather.  This was the third year the event was held at the Indooroopilly Golf Club, but the first time the new ‘President’s Cup’ was up for grabs. The Bench was represented by his Honour Judge Rackemann and his Honour Judge Lynch QC. There were a healthy number of members of the Bar also competing for the trophy.

Lunch was held after the round on the Poinciana Terrace at the Club, overlooking the fairways. The President, Rebecca Treston QC, also attended the lunch and generously gave her time to present the prizes.

Also amongst the prizes handed out were text books generously donated by their authors (Richard Douglas QC and Simon Grant) and their publisher (Thomson Reuters). Those prizes were won by well deserving junior members of the Bar Matt McDermott and Morgan Clarke. Prizes for longest drive were awarded to Anthony Messina and Daniel Favell, and the prize for nearest the pin went to Chris Crawford and Rob Anderson.

Members are encouraged to look out for the event again this time next year.