An American in Oz: A Trial Lawyer’s Thoughts on Advocacy

An American in Oz: A Trial Lawyer’s Thoughts on Advocacy

Courts have responded to this by increasingly replacing live examination in chief with affidavits and statutory declarations for percipient witnesses and reports for experts. Despite this trend, there are still many occasions where we have to lead a witness in our case and conduct examination in chief. This brief article, and next month’s will suggest some techniques to make this necessary evil as effective and interesting as possible. This month we will focus on the witness’s role and next month on your role as the examiner.

As a barrister your job is to orchestrate the witnesses who will be telling your client’s story while being as interesting as possible. Except in the most unusual matter, where you have a case with sex appeal and engaging witnesses, it will still be, despite your best efforts, boring. Many lawyers make it even more boring by using formal language, incantations, stupid questions, and poor use or non-use of demonstrative evidence.

In America we spend a great deal of time preparing witnesses. While that practice is far more limited here, some preparation is both proper and necessary. 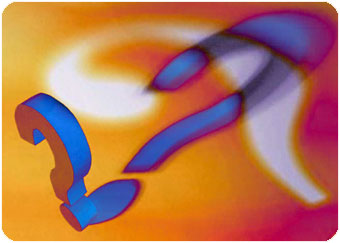 A brief anecdote will illustrate the need for at least agreeing with your key witnesses on what you will be doing. The scene is a criminal court in the US, the case is murder. The case against the defendant is circumstantial, but compelling. The prosecution’s major obstacle is the lack of a body – the police never found the body of the victim. The prosecution evidence has gone in and it is damning, despite the lack of the body. The lawyer for the defence has put on no witnesses and it is time for closing arguments. He is left with only one issue: reasonable doubt.

He stands to address the jury:

“Ladies and gentlemen, I have a surprise for you, in exactly one minute the alleged victim, the alleged decedent, will walk through the doors of this court room.”

He looks conspicuously at his watch. The jurors all swing their heads and stare intently at the doors of court. Silence is total. A minute creeps by. Nothing happens. The lawyer again addresses the jury:

“Ladies and gentlemen, I hope you will forgive me, I actually had no idea whether or not the decedent would walk through the doors of the court room. But I want you to note – each and every one of you looked at the doors. That means you must have held some doubt, some reasonable doubt, that he was in fact dead, and thus under the law you must acquit my client.”

The judge instructs and the jury goes to deliberate. In 10 minutes they’re back.

“Ladies and gentlemen have you reached a verdict?”
“We have your Honour.”
“What is your verdict?”
“Guilty”

The defence lawyer is shocked. After the defendant is taken away and the court is in recess, the lawyer goes to chat with the jurors as is permitted in the United States once the case is over.

“What happened? You all looked.”
“Yes we all looked…   but your client didn’t.”

A lot of preparation will frankly be useless, witnesses often ignore instructions and advice, but some things should still be done.  First and foremost, witnesses should be cautioned to tell the truth. They should be told not to worry if they think an answer might harm their case; a lie will be far worse and the answer may not be as harmful as they might think.

They should be told that you cannot ask leading questions and thus they need to be prepared to tell a story in narrative form, a few sentences at a time.

If there is a jury, they should turn toward the jury for all but the briefest answer, or toward the judge if the trial is to the court alone.

Your question should be of the form “Tell the ladies and gentlemen of the jury about…” or “Tell her (or his) Honour about..”

In the increasingly rare case where you are leading a technical or expert witness in examination in chief be sure they are told to avoid the mealy mouthed qualifications that doctors and scientists so often use. If they are morally certain of their diagnosis or opinion they should avoid the caveats they might put in their journal article as any equivocation will be exploited by the other side.

Likewise they should carefully explain, in layman’s terms, any special concepts or technical vocabulary. This is particularly important where a scientific or technical opinion might be counter-intuitive to a judge or juror. 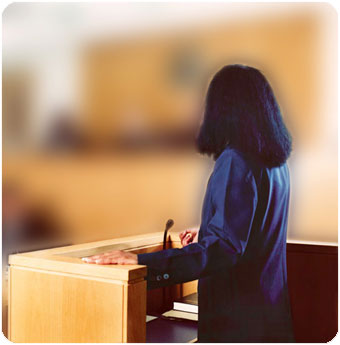 Witnesses also need to be told about the prospect of cross-examination. This is a good time, again, to remind witnesses to tell only the truth. That said, witnesses should not allow fear or deference to the cross-examiner to allow them to be lead to agree with a proposition of fact that they do not fully agree is true.

In addition witnesses should be cautioned not to modify their body language or attitude when the questioning shifts from you to the cross-examiner. An open aspect and friendly attitude should not become a closed, defensive posture (arm crossed tightly across the chest, for example) and terse mono-syllabic answers. Answers should be brief, and limited to the question, but spoken in the same friendly, open manner as when under examination in chief, regardless of the demeanor of the cross-examiner.

Witnesses should be reminded to give up bad stuff, what they might think of as adverse information, if the proper question is put. Witness should be told not to be evasive, as that often can cause more harm than a truthful answer.

Let’s now talk about what witnesses we will call, to the extent we have a choice. Working with the instructing solicitor, think about selecting witnesses. There are three types of witnesses.

Finally, for this month, let’s look at one typical problem witness – the smart arse.

The other problem witness is the smart arse. He or she (though far more often he) knows more than you, more than the other lawyers and has an attitude about the courts, the judicial system and, in particular, the case at hand.

These witnesses are likely to try to prove themselves more clever than the lawyers and usually inflict great harm on themselves and their cases. They are very, very hard to control. The only technique that I have had any luck with is boost their egos by telling them how they are the real experts in whatever it is they do in life, but despite their vast legal knowledge gained from watching LA Law, that they might be well served to follow your advice when it comes to what to do in court.

You can expand on that by saying that the other side will expect them to argue and make inappropriate comments and thus self-destruct, but that the witness is far too clever for that and so will take your advice on how to answer questions and behave in court. That said, good luck, they will still blow up at least half the time and if you somehow avoid having them give evidence at all that is by far the safest course.

Next month we’ll talk about the actual questioning of the witnesses you are leading and how to make the most of what you have.