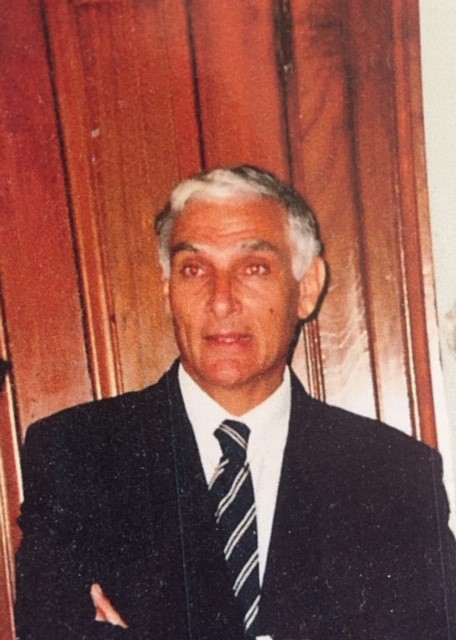 3-D images of buildings generated by computers are no longer mere abstractions, but are realistic representations of the actual design. Their use in precontractual promotional materials, while informative to prospective buyers, can present legal risks to sellers if the image is false as to the final design.

Can an artist’s impression, namely a computer generated render (3-D design drawing producing a life-like image for the promotion of “off the plan” sales by developers) qualify as misleading or deceptive conduct and/or misrepresentation, if the render misleads as to the final design?

This question was answered in the affirmative in the single judge decision of Anastassiou J in Ripani v Century Legend Pty Ltd [i] in the Federal Court of Australia (hereinafter referred to as Ripani).

A brief outline of Ripani’s case is that Mr and Mrs Ripani paid close to $10 million dollars for an apartment “off the plan”. After entering the contract they were informed the design contained in a promotional render of the apartment they were purchasing, and which was shown to them prior to the contract, was false and not the final design. The particular design concept or feature in the render which the Ripanis especially wanted and relied upon in entering the contract was an uninterrupted free span opening along the entire length between the living areas and the terrace (see Fig 1 below and Annexure 1 in para 5 of the judgment in Ripani).

The Ripanis, upon being informed after the contract that the finished design opening between the living area and terrace would only be a maximum of 3-4 metres, sought successfully rescission of the contract on the grounds of misleading or deceptive conduct and equitable misrepresentation.

Where the salient features highlighted in Ripani are present, then a false promotional render used to induce pre-construction sales can found an action for misleading or deceptive conduct under the Australian Consumer Law (ACL) and/or equitable misrepresentation. These salient features, which, if present, establish misleading or deceptive conduct are discussed below.

A render, as described earlier, is a 3-D computer generated design drawing, producing a life-like image.

A more detailed description was given in Ripani whereby a render was described as a very high resolution image which could be mistaken as a photograph.[ii] (see Fig 1 above).

The realism depicted in a render may be compared with images or paintings that are not intended to be realistic, such as abstract or impressionistic works. As His Honour indicated in Ripani these latter images ‘do not describe literally the subject portrayed in the painting, but rather grapple with its meaning at another, ethereal level’[iii].

Prior to computer generated graphics, an artist’s impression of a future building was often an abstracted ideal, providing the character for the ultimate design, but was far from depicting a literal image of the finished building and surrounds.

There was thus a significant difference between these abstract images and a computer generated render.

The inherent intent of a 3-D graphic design render used to promote and induce “off the plan” sales, is to show the prospective buyer the design of the finished building and only lacking exact dimensions necessary for a working plan.

Consequently, a 3-D graphic design render is a realistic representation which may be misleading or deceptive (misrepresentation) if it falsely depicts the finished design.

Assuming the threshold issue under s4(1) ACL discloses that the representor (developer) had reasonable grounds for believing the promotional render to be a true indication of the final design, this does not relieve the representor from the consequences of an innocent misrepresentation and misleading or deceptive conduct.

In Ripani the remedy of rescission was granted to the buyers of the apartment on both grounds, namely a breach of s18 ACL and for misrepresentation in equity.[vii]

The Effect of Disclaimers and Exclusion clauses

No disclaimer or exclusion clause can limit or exclude provisions of the ACL, including the general prohibition on misleading or deceptive conduct.[viii]

In the context of promotional renders used to achieve sales before construction, Ripani’s case indicates that anything less than a specific statement or finished plan clearly informing the prospective buyer that the render is not an image of the finished design and construction, will not be sufficient to displace the misrepresentation.[x] Such a specific denial that the render represents the actual design reduces its worth to mere “puffery”,[xi] or an artist’s ideal rather than an image of the actual building.

The reason behind the requirement of such a specific communication is that the ACL is a statute whose intent is the protection of consumers. As a factual reality, a reasonable buyer would only be disabused of the misrepresentation in a render if they were told or given reasonable notice that the render is not an image of the final construction. This conclusion is supported by the fact that the purpose and intent of the render is to induce sales, and to a reasonable prospective buyer is an image of the final construction.

Standard phrases used as disclaimers or exclusion clauses in the case of renders include: “artist’s impression only”; “indicative only and not to be relied upon”; “subject to change and not to be relied upon”. The intent behind such standard phrases is to absolve the seller from legal responsibility. They are not a statement to the prospective buyer that the render is not the actual design.

Any argument by the seller that such standard phrases are intended to dispel any misrepresentation that the render represents the final design, is to ‘approbate and reprobate’.[xii]In the absence of a specific statement that the render does not represent the finished design, a seller is inducing the buyer to rely on the render (approbate) and then saying in standard disclaimers and exclusion clauses not to rely (reprobate).

The common use of realistic, computer generated 3-D images of future constructions, for the purpose of inducing sales, can found an action for misleading or deceptive conduct where the 3-D image (render) does not represent the final design.

Such a misrepresentation in the render can qualify as misleading or deceptive even if the seller believes that it represents the final design construction (i.e. an innocent misrepresentation).

While the use of disclaimers and exclusion clauses are ineffective against the provisions of the ACL, including misleading or deceptive conduct, they may have the effect of correcting and displacing the misrepresentation in the render. However, such disclaimers or exclusion clauses would only displace and defuse the misrepresentation where they specifically indicate that the render does not represent the final design of the building.

The salient features discussed above and extrapolated from the judgment in Ripani, offer guidance as to the legal responsibilities in the use of computer-generated renders.

On 30 November 2022, the FCAFC handed down its decision on the appeal from the decision discussed above in Century Legend Pty Ltd v Ripani [2022] FCAFC 191.

This decision allowed the appeal and ordered a new trial on restricted issues.