The following commentary was delivered by Benedict Power, Barrister-at-Law, in response to the paper delivered by Professor David Hamer of the University of Sydney. Professor Hamer presented at the Current Legal Issues Seminar Series, Criminal Law — “Current issues in Propensity Evidence” on Thursday 22 August 2019 at the Banco Court. The seminar was chaired by the Honourable Justice Soraya Ryan of the Supreme Court.

Professor Hamer’s paper is a great resource for practitioners. I have it saved on my computer and plan to turn to it whenever a propensity evidence issue arises.

There are three parts of Professor Hamer’s paper that I wanted to highlight from a practitioner’s perspective. 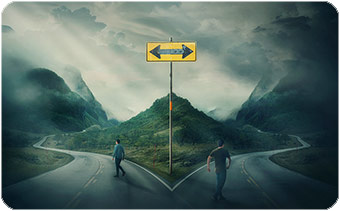 1. Uncertainty in predicting outcomes under the Pfennig test and the UEL

The admission of propensity evidence is the application of a rule of evidence, not an exercise of discretion.

Lawyers should be able to consider a set of facts and predict an outcome, but in the area of propensity evidence that is a very difficult task.

By contrasting the different outcomes in cases with seemingly similar facts, Professor Hamer’s paper demonstrates the difficulty in being able to predict the admissibility of propensity evidence.

No real differentiation can be discerned between outcomes under the apparently less onerous UEL regime and the common law. At page 20 of his paper Professor Hamer states that his review of cases across jurisdictions “… suggests that the precise details of the test don’t matter”.

Professor Hamer describes Queensland cases where propensity evidence has been admitted under the common law Pfennig test, and it would appear that the Court of Appeal took a robust approach to the application of the Pfennig test.

To the cases mentioned by Professor Hamer can be added the case of R v Brown [2011] QCA 16.

In Brown the defendant’s prior conviction for common assault (albeit with a sexual overtone) against another person two years earlier was admitted as evidence to prove identity in a burglary and rape case.

A legal test is of little utility if it does not allow you to predict the outcome of the application of that test with any degree of confidence.

Do any of the current tests allow us to predict what common features between offending are sufficient to show a special, particular or unusual feature allowing the admission of the evidence?

The case of Hughes case in the High Court is a good example of that — the majority found that the preparedness to take risks and act brazenly was a compelling unifying factor for the quite different offences against various complainants. Yet Nettle J found that feature to be of no significance at all. [1]

From this analysis, Professor Hamer sets up what might be seen as his ultimate proposition — if the precise nature of the test used makes so little difference to the outcome, do we need such complex tests under the common law or under the UEL.

The Queensland Supreme and District Court Benchbook (Direction 70) states that in single complainant cases that unless a jury is satisfied of the uncharged evidence (relied upon to show sexual interest) they must not use it to reason towards guilt.

The Benchbook makes this statement:

“The better view would seem to be that the jury should be instructed not to act upon evidence of a sexual interest unless they are satisfied of that fact beyond reasonable doubt.” [2]

Similar (although much more involved) model directions are given relation to the use of propensity evidence in multiple complainant cases. [3]

As noted at page 17 of Professor Hamer’s paper in the context of a single complainant case, the High Court in Bauer [2018] HCA 40 [86] was critical of such directions. In the UEL context, the HCA stated that “ordinarily” it should not be given.

The High Court in Bauer stated at the end of [86]:

Contrary to the practice which has operated for some time in New South Wales [4] , trial judges in that State should not ordinarily direct a jury that, before they may act on evidence of uncharged acts, they must be satisfied of the proof of the uncharged acts beyond reasonable doubt. Such a direction should not be necessary or desirable unless it is apprehended that, in the particular circumstances of the case, there is a significant possibility of the jury treating the uncharged acts as an indispensable link in their chain of reasoning to guilt. [5] Â  And, as explained earlier in these reasons, a trial judge is precluded from giving such a direction in Victoria. [6]

(footnotes as in the original)

What then does that comment in Bauer mean for directions about propensity evidence under the common law of Queensland. To answer that there seems to be three separate considerations:

Professor Hamer has observed that the ordinary conception of proof being built cumulatively by all the evidence in a case meant that a direction that individual facts (as opposed to elements of an offence) having to prove beyond reasonable doubt was generally wrong. Professor Hamer cited Shepherd (1990) 170 CLR 573 at 584-585 (as was also cited by the High Court in Bauer on this point).

However, there may be circumstances where the evidence does stand sufficiently separately from the other evidence that it could logically be considered on a stand- alone basis. The question then would be — is it necessary for it to be considered that way — accepting that to do so would not be the ordinary way that evidence is considered collectively to determine guilt?

Before answering that, a second and related question should be considered. If a juror is satisfied that an act towards a complainant occurred which is not unequivocally sexual — is the character of the act to be assessed in isolation from the other evidence before it can be used to show sexual interest?

This is primarily a question for a judge to determine – as the gate-keeper for the admission of such evidence. However, should the jury also be directed to consider this issue separately from the other evidence in the case and beyond reasonable doubt?

The issue of what basis the ‘sexual interest characterisation’ of an act should be considered has not been resolved — at least with regard to the judge’s determination of the admissibility of evidence.

In R v Douglas [2018] QCA 69 McMurdo JA (with whom Sofronoff P and Brown J agreed) at [56] — [57] noted that as yet, there was no majority view in the High Court as to whether evidence could be probative of a sexual interest if its interpretation in that way was dependent upon the acceptance of other evidence in the prosecution case.

[57] Of the majority in BBH, Crennan and Kiefel JJ (in a joint judgment) and Bell J held that the brother’s evidence was not equivocal, when it was viewed, not in isolation, but in conjunction with other evidence in the prosecution case. The other majority judgment was that of Heydon J. In his Honour’s view, the brother’s evidence had the capacity, taken by itself, to support a finding beyond reasonable doubt that, in the incident witnessed by the brother, the accused had either committed an offence of a sexual nature, or carried out other conduct, in either way revealing his sexual passion for the complainant. Consequently, in BBH, there was no majority view as to whether evidence could be probative of a sexual interest if its interpretation in that way was dependent upon the acceptance of other evidence in the prosecution case. 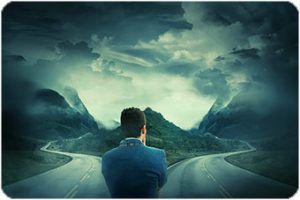 Based on Professor Hamer’s paper, it does seem that although Bauer was a UEL case, it does require a re-consideration of the circumstances of when a direction that uncharged acts must be proved beyond reasonable doubt is appropriate, even under the common law. However, given the nature of propensity evidence under the common law — it may remain appropriate in certain cases:

Professor Hamer also questions the correctness of the Queensland model directions about how jurors should approach their consideration of propensity evidence. [7] He points out that these directions conflate the admissibility of the evidence with the way it can be used when admitted.

I confess that I had never seen these directions in this light until Professor Hamer pointed this out.

However, although these particular directions may not be required — and as Professor Hamer points out, may not be conceptually sound — it might to be considered that they are a way of directing the jury to guard against general prejudice — a way of warning the jury against giving inappropriate weight to the propensity evidence.

Whether the form of those directions is correct might be open to question, but some form of warning would seem to be necessary.

3. The likely changes to propensity evidence from the Royal Commission

Professor Hamer has been involved in advising both the Royal Commission and the CAG — the paper is a very good primer on the likely changes.

Professor Hamer’s paper discusses the tension between the awareness by lawyers that CSO are a not uncommon allegation in our courts and the fact that CSO are very unusual amongst the broader population.

Professor Hamer quotes from the Royal Commission’s report where it was said in relation to propensity evidence in CSO cases— ‘The two most important similarities are already present — sexual offending against a child”. [8]

It seems likely that at least some States will move to a presumption of admissibility of prior CSO convictions in trials for CSO.

That gives rise to the question — if changes to the rules of propensity evidence were to apply to CSO — logically shouldn’t these changes apply more broadly.

To put it another way — by applying changes only to CSO — would this be a sign that we giving way to ‘moral panic’ about CSO — or would this be the appropriately cautious approach, restricting the changes to a class of offence where circumstances (and perhaps legitimate societal pressure) demand those changes.

Professor Hamer’s ultimate suggestion for reform is for a very simple test of more probative than prejudicial — although combined with a set of judicial guidelines.

This is a challenging suggestion as the test has the appearance of a discretion to admit evidence rather than a test under which the admissibility of evidence was ruled upon. However, as Professor Hamer has pointed out, a review of cases over time and under different regimes “… suggests that the precise details of the test don’t matter” [9]

It is important to recognise that not all lawyers will see the prospect of change to the law on propensity evidence the same way. There may not be a majority view towards dramatic change, minor change or no change at all.

In conclusion, I think Professor Hamer’s paper and the parts of the Royal Commission’s report dealing with propensity evidence [10] are critical reading for those interested in this area of criminal law and evidence.

Change in this difficult area of the law appears inevitable — whether the law will become more or less certain in its application is much less clear.

[2] Benchbook Direction 70 – Evidence of Other Sexual or Discreditable Conduct of the Defendant. The passage quoted above is footnoted (fn 7) as follows:

That being the majority view in HML (see, particularly, at [247]); cf Bauer at 869 [86], which referred to the position in New South Wales where “tendency” evidence of this kind is admissible on a less demanding test than common law test according to Pfennig. In HML, Hayne J (Gummow and Kirby JJ agreeing) held that the standard of beyond reasonable doubt had to be applied in order to “reflect the legal basis for … admission [of the evidence]”: at [132].

[3] Benchbook Direction 52 – Similar Fact Evidence (although the degree of satisfaction is not specified as being “beyond reasonable doubt”).