In the Matter of Her Majesty’s Counsel 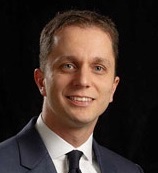 542 Views
In the Matter of Her Majesty’s Counsel

Thanks are extended to the Authors for allowing Hearsay to reproduce the following paper. It was initially published in the Victorian Bar News in December 2020. Given the recent demise of Her Majesty Queen Elizabeth II, and consequent change in the prescribed silk rank descriptor (ie “King’s Counsel), the paper content proved prophetic.

A few years ago, Simon Steward QC (now the Hon Justice Steward of the High Court of Australia), and Eddy Gisonda wrote an advice for the Bar Council at the request of the then president, Jennifer Batrouney QC.  The question was this: what happens to QCs when the Queen dies? From time to time, since then, various silks and other luminaries have asked to see the advice.  With permission, Bar News is publishing this advice for the benefit and interest of members, so that it may be on the public record.

[3] Before this, barristers who advised the Crown and who provided assistance to the Attorney-General and the Solicitor-General were sometimes styled “King’s Counsellors”: see A Dean, A Multitude of Counsellors (1968), 259.

[7] J D Merralls, “Some Marginal Notes About Queen’s Counsel” (1994) 89 Vic Bar News 51 at 51.  As Mr Merralls says, further, the Serjeants retained their right of exclusive audience in the Court of Common Pleas until 1846.

[11] The reasons for not reappointing a number of the existing King’s Counsel are not known to us, but it is possible that some (or all) of those who were not reappointed did not apply.

The King has been pleased, by several Letters Patent under the Great Seal, to appoint and declare:-

[22] For a copy of the letters patent, see J Sainty, A list of English Law Officers, King’s Counsel and Holders of Patents of Precedence (1987, Selden Society Supplementary Series, vol. 7), at 297.

[24] Whereby a “demise” of the Crown was effected by instrument and statute: see s 1(1) of His Majesty’s Declaration of Abdication Act 1936 (UK).

[27] Commencing on 4 February 1952, Rose Heilbron, KC, appeared for solicitor Louis Bloom on a murder charge at Durham Assizes in Yorkshire. On 6 February, when Bloom finished giving evidence, Mr Justice Hallett announced that His Majesty the King George VI had died and adjourned the court for 10 minutes.  As her biographer explains: