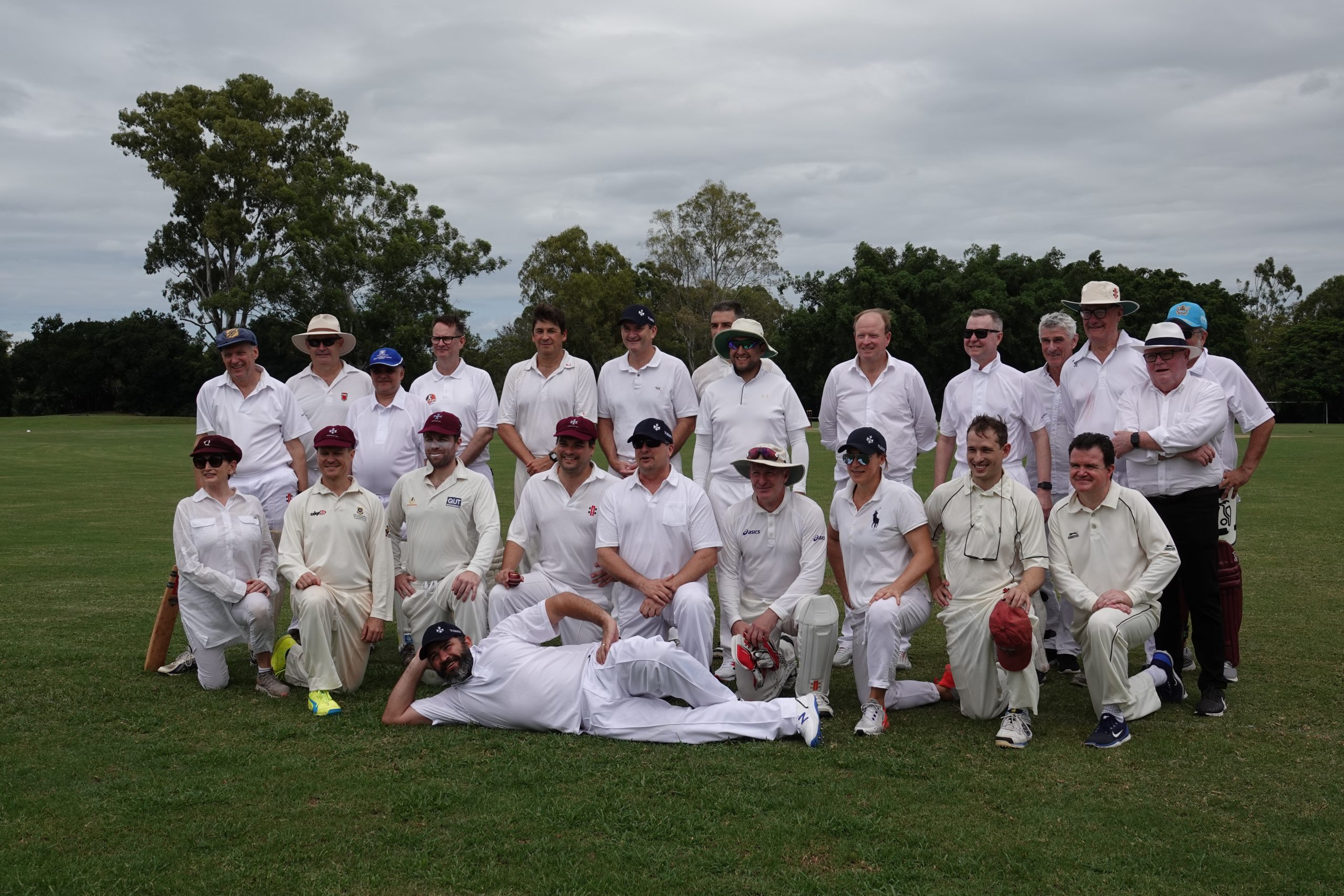 The inaugural Bench v Bar cricket match was played on 8 March before an enthusiastic crowd at the Gregory Terrace sporting grounds at Tennyson. The Bar batted first, posting a competitive score of 181 from its 30 overs. An excellent opening partnership involving Anthony Messina (40 ret.) and Nathan Shaw (28 ret.) was followed by more than run-a-ball contributions from Michael Holohan, Dane Jones and Dom Katter – the latter two being welcome returns to Bar cricket after long-term injuries. Highlights for the Bench undoubtedly included the athletic efforts of Muir DCJ behind the stumps; the unrelenting opening attack of Reid DCJ and Lynch QC DCJ (including a spectacular caught and bowled); and Porter QC DCJs persistent and persuasive, albeit unsuccessful, appeals.

The Bench innings progressed steadily through the early overs with Lynch QC DCJ (45) well supported by Chowdhury DCJ, Williamson QC DCJ and Magistrate McKenzie. Some lusty hitting at the death from Porter QC DCJ propelled the Bench score into three figures but it was not to be their Honours’ day. Special mention to Kirsty Gothard who, playing her first ever game of cricket pushed through three very handy overs of medium pace to restrain the Bench middle order and Chris Templeton whose five overs included four maidens and the final figures of two wickets for just five runs.

Our thoughts are extended to those injured – Vince Brennan, Dom Katter (as to which, see also the reference above under ‘returning from injury’) and Magistrate Sinclair - we hope to see each of you ready, willing and able at the return match in 2021.

Many thanks to the Chief Judge for umpiring and for the generous donation of the perpetual trophy (now available for viewing at the Bar Association office); Caite Brewer for keeping score; Michael Holohan for his organisation of the facilities; and Porter QC DCJ in particular, whose development of the idea and enthusiasm for the game ensured that it truly was a great day for cricket.

To view all the action from the day, click here.