The Hon. Patrick Keane AC KC: On Courage, Consolidating and Clarifying, and Diversity 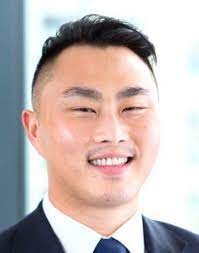 In conversation with the Honourable Patrick Keane AC KC

On 6 October 2022, members of the Asian Australian Lawyers Association (AALA) and guests were treated to a special conversation between Queensland branch president Dominic Nguyen of Lilley Chambers and the Honourable Patrick Keane AC KC where his Honour reflected on over forty years in the law.  The event was hosted at the Brisbane office of Corrs Chambers Westgarth.

The AALA – which officially launched its Queensland branch in June 2018 – is the first incorporated association in Australia focussing on promoting cultural diversity in the law and supporting the growing number of Asian Australian lawyers and lawyers with an interest in Asia.  The AALA’s national patron is the Honourable Diana Bryant AO KC. The Hon. Michael Kirby AC CMG is the national emeritus patron and the Queensland Branch patron is Deputy Chief Magistrate Anthony Gett.

The evening, dubbed the “Judicial Reflections and Diversity Event” was the third in a series of annual events on Judicial Diversity that the Queensland branch of AALA and Corrs Chambers Westgarth have held since 2019. The evening specifically celebrates diversity within the judiciary and offers an opportunity for members of the profession to hear from leaders in the law about their journeys to the bench and their thoughts on diversity in the law.

Topics traversed ranged from his Honour’s time reading law at Magdalen College, Oxford University; his time at the Bar (learning from mentors such as Bill Pincus, Bruce McPherson and David Jackson and facing off against his contemporaries including Chief Justice Susan Kiefel) to deciding some of the most difficult and finely balanced matters on the nation’s highest court.

Justice Keane reflected that the appointment of his successor, Justice Jayne Jagot, was a significant milestone for the Australian legal profession.

His Honour mused that “Milestones happen because things weren’t great before. The milestone is an indication that things are getting better. It’s confirmation that things have gotten better. I think it probably also reflects the proportions of men and women at our law schools”.

When asked about the Hon. George Brandis KC’s comments in an August 2022 op-ed in the Sydney Morning Herald:

“…we must never let the current vogue for identity politics corrupt the selection of judges. The High Court is not a representative institution; it is an impartial one. It is for the very reason that the court’s decisions can have such profoundly important political consequences that its bench should not be an aggregation of representative voices from various sections of the community. That is what parliament is for; it is not the judicial function”,

Justice Keane concurred that the High Court was not a ‘representative institution’ but added that diversity is still important, particularly when dealing with members of the public, specifically:

The only source of the court’s legitimacy is the confidence that it commands amongst the public. And the public needs to see a court that looks like it. That’s an aspect of having confidence in the court. That’s an aspect of knowing that the court isn’t some strange institution that operates as the social control exercised by some occupying power. That it’s our court, that the judges are our judges. That’s why the judges have to look like the society within which they operate…the judges here, all of them, I’m sure, would agree that the absolute worst thing in sentencing young Aboriginal men is that you feel like you’re the occupying power. And that’s certainly how they see it. And you can’t say that they’re wrong.

When reflecting on the changing face of the profession, Justice Keane continued:

“How do we do it better? I really don’t know. But I can say that the organic development of a more diverse judiciary is certainly happening. It’s probably not happening fast enough, for those who think it should be happening faster and have good reason to think so. [But] it will happen organically, even if it’s not given a nudge,” His Honour added.

Though Justice Keane didn’t name any particular judgment during his time on the High Court as being particularly close to his heart, he noted that:

The thing that’s really stuck with me throughout my life, as a judge, is that we’ve got to decide the cases. Of course, we have to get it right, but the thing that our fellow citizens really hate about litigation is the delays.

Before [AON Risk v Australian National University], the prevailing view was that the only people in the world were the people in the courtroom. There was no conception about the people outside the door of the court, the people who were waiting and how it affected them.

AON Risk said we’re going to recognise that the world consists of people in a queue outside the door of this court, and we have to worry about them.”

When asked about the courage to disagree, his Honour considered that:

Courage is a virtue that I think is probably necessary for judges who are confronted with litigants at first instance. Not having a constituency means that we don’t worry about whether we’re disappointing constituents or not. We don’t see ourselves as heroes. And it’s just as well we don’t because we’re not heroic.

“In civil cases and even constitutional cases, we might make a decision that’s relatively controversial — but doesn’t require courage. The people that we have dinner with on Saturday night, they’re going to be the sort of people who agree with us. They’re not going to not talk to us. We’re not going to be ostracised by the social groups within which we move. It’s conviction that matters more in disregarding precedent, I think, than courage.”

On what life may look like after stepping down from the High Court Justice Keane simply noted:

“I’ve been in denial [about life after the court] for quite a while, but there’s no point trying to deny it anymore. It’s very, very real.

“But for a couple of months, I’m going to be [metaphorically] sitting on the beach doing nothing.

“I want to make a conscientious effort to get bored and see how that feels. I’m really looking forward to that.

“And I actually do want to have a break, because I am pretty tired”

Whatever the future may hold for Justice Keane, the evening was one to remember for the guests fortunate enough to attend in person. It was a fitting way to wish his Honour well on the eve of his retirement and to acknowledge the indelible mark that he has made on the development of Australian jurisprudence and the Queensland legal profession.