Outline of Speech in Commemoration of Lew Wyvill

BY The Hon Matt Foley 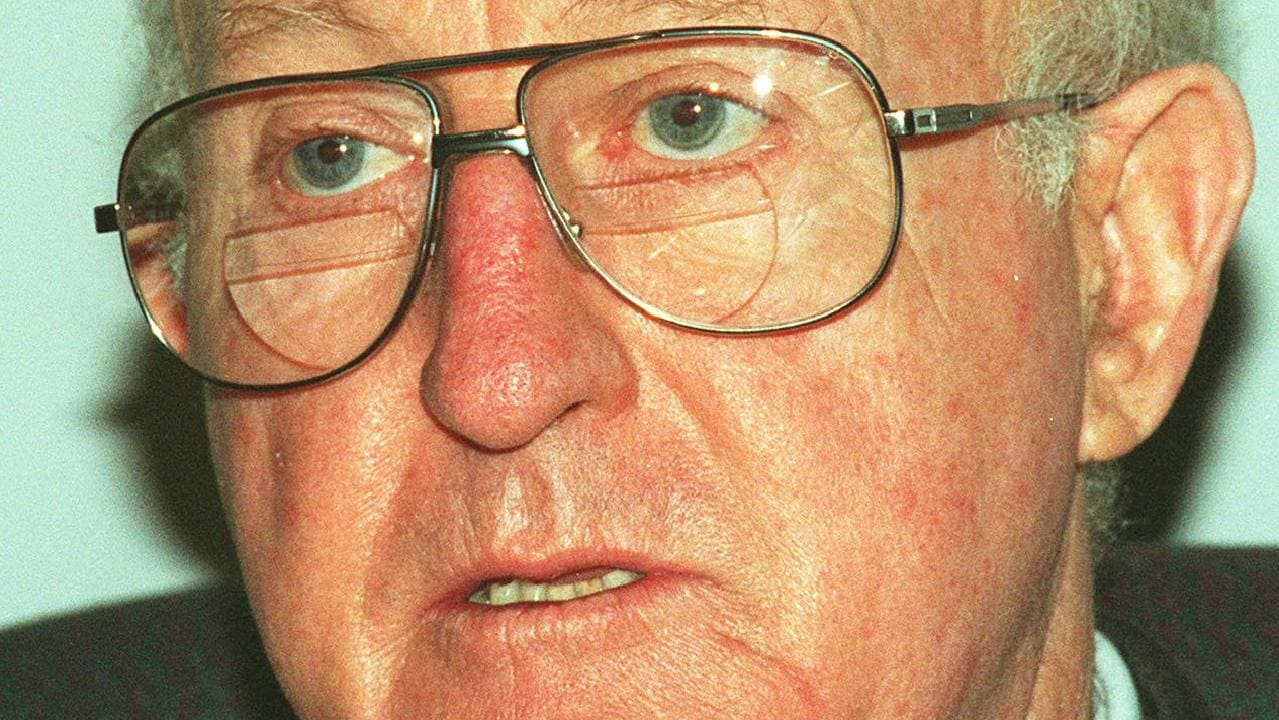 Outline of Speech in Commemoration of Lew Wyvill

Lew Wyvill was a man for all seasons - equally at home trekking through the rainforest at Binnaburra as he was appearing before the High Court to fight for justice. Barrister, bushwalker, battler’s mate.

To borrow a phrase from Shakespeare, he “looked on tempests and was never shaken”.

I first met Lew in the mid-seventies when I was a social worker with the Aborigines and Torres Strait Islanders Legal Service. I worked there for 4 years with a young solicitor Wayne Goss and subsequently with solicitor Terry O’Gorman whose fiery red hair was then complemented by a penchant for green safari suits.

Lew moved my admission as a barrister in December 1983 and was my Senior Master at the Bar.

Lew was an inspiration for a generation of young solicitors like Wayne and Terry, along with barristers like Stephen Keim, Mark Plunkett and Lorenzo Boccabella – all of whom have made a profound difference for good in Queensland.

In 1972 Lew stood for the ALP in the state seat of Greenslopes. That seat had been held comfortably by the Liberal Party for many terms. It was the era of Joh Bjelke-Petersen who held the reins as Queensland Premier between 1968 and 1987. It was an era of:

Lew wanted to change all that – to make Queensland a better place.

The challenge was the 1957 split in Labor ranks between the ALP and the Democratic Labor Party (DLP) which happened under Premier Vince Gair. It kept Labor away from the Treasury benches for 32 years until the election of the Goss government on 2nd December 1989.

Lew was a great political candidate. He secured a whopping 9.3% two-party preferred swing to Labor in the seat; but the spoiler effect of the DLP candidate who secured 7.6% of the vote was enough to split the Labor vote and deny Lew a seat in Parliament.

What a different course might Queensland have had if Lew had been elected to Parliament! But Parliament’s loss turned out to be a gain for grass-roots community causes such as civil liberties and the environment.

Lew was a godfather to Labor Lawyers in the 1970’s and 1980’s supporting and encouraging young lawyers to get involved in the fight for justice. His experience and wisdom over a cup of tea or a beer helped enormously. Wayne Goss, former Labor Lawyers President and subsequently Premier 1989-96, had a very high regard for Lew’s knowledge and astuteness.

Lew was admitted as a barrister in 1957. He regularly undertook work on a pro bono basis defending people prosecuted by the police for engaging in what Lew considered legitimate political protest.

Lew was highly regarded particularly as a defence counsel in criminal matters and for representing plaintiffs in personal injury matters.

In 1976-78 Lew acted as senior counsel leading Pat Keane of counsel (as he then was) in  the  private prosecution  brought courageously by Mark Plunkett against Premier Bjelke-Petersen of conspiracy under section 543 of the Criminal Code arising from the action by Bjelke-Petersen and his Cabinet to prevent police investigation and prosecution when a senior police officer had assaulted a  female student protester by striking her on the head with his baton in front of TV cameras.  In the event the Magistrate refused to commit Bjelke-Petersen for trial. The Full Court of the Supreme Court upheld that decision in R v Bjelke-Petersen; ex parte Plunkett [1978] Qd R 305. Although unsuccessful before the courts, the case heightened public awareness of the political abuse of police power. Lew believed that no one is above the rule of law and had the strength of his conviction.

Lew was President of the Queensland Council for Civil Liberties (QCCL) from 1973-75. He revived the Council which had become moribund in the early years of the Bjelke-Petersen government. He was assisted by Trevor Hartigan QC who served as Secretary. In 1969 a Council Legal Sub-Committee consisting of Lew and Trevor protected persons whose civil liberties had come under attack through flaws existing in the Mental Health Act.

Lew was scrupulous about the independence of the Council and the importance of maintaining a strict non-party-political approach to the role of the Council.

Having someone with the seniority of Lew on board was a great sounding board for QCCL President Terry O’Gorman. Terry’s outstanding vigour and media skills transformed the Council into a real force in public debate in Queensland at a time when the cause of civil liberties was under serious threat. This was particularly so during the banning of peaceful protest street marches by the Bjelke-Petersen government.

I had the honour to serve as President of the Council for three years between 1985 and 1987 during major controversies including:

Lew’s adherence to principle and clear thinking proved invaluable to me during my time as President of QCCL.

In 1995-96 during the brief seven-month term of the third Goss government, Lew was Acting Chair of the Criminal Justice Commission (CJC) for which I was then responsible as the Minister for Justice and Attorney-General. Lew brought to that role an openness and respect for civil liberties so important for a standing royal commission like the CJC invested with great investigative and coercive powers.

A committed conservationist, Lew was closely involved in successful campaigns to prevent mining at Cooloola, Moreton Island and Fraser Island.

Lew loved the beauty of the Queensland environment, particularly its beaches, as described by Judith Wright in her poem “At Cooloola”:

Lew acted for FIDO in the High Court together with Bill Pincus QC in the landmark case of Sinclair v Maryborough Mining Warden [ (1975) 132 CLR 473. That successful High Court appeal confirmed the power and duty of the Mining Warden to prevent mining that was contrary to the public interest. This historic case was pivotal in protecting Fraser Island from sand mining.

Lew inspired barristers Mark Plunkett and Lorenzo Boccabella to organise a roster to help FIDO, the Queensland Conservation Council (QCC) and other conservation groups in their actions before the courts. This led eventually to the establishment of the Environmental Defenders Office.

I served as junior counsel to Lew in the mid 1980’s in a case attempting to stop the controversial proposed construction of a road through the pristine rainforest of the Daintree National Park in far north Queensland – Truelove v State of Queensland. The Crown filed a demurrer in the Full Court of the Supreme Court arguing that the case must fail as a matter of law. We argued that the Queensland government’s Order-in-Council excising the road was beyond power (ultra vires) in that it was contrary to the central environmental object of the National Parks and Wildlife Act. In the event, Lew was jammed on the hearing date, so I ran the case before the Full Court of the Supreme Court although I had not been long admitted to the Bar. I found myself against the legendary David Jackson QC and a squadron of Crown Law officers. The case involved a robust exchange between Bench and Bar. In the event, the Court was against us. Chief Justice Andrews wryly observed that “the course of true love never did run smooth”.

In recent years I would run into Lew on the mighty 196 bus from Fairfield Gardens near the Yeronga retirement village. I never ceased to be stimulated by Lew’s thinking - its originality and breadth.

Lew showed courage under fire during the dark days of the 1970’s and 80’s when the causes of Labor, civil liberties and the environment were less than fashionable, indeed suppressed by the state government of the day. Lew’s efforts have made Queensland and Australia so much better for us and our kids.

In deference to Lew’s legacy, I respectfully quote the apposite words of the poem “Song of Hope” by Lew’s predecessor as Labor candidate for Greenslopes, the celebrated Aboriginal poet Kath Walker later known as Oodgeroo Noonuccal:

For our fathers’ fathers
The pain, the sorrow.
For our children’s children
The glad tomorrow.”

Articles
Outline of Speech in Commemoration of Lew Wyvill
SEE ALL