The fruits of an unlawful demand 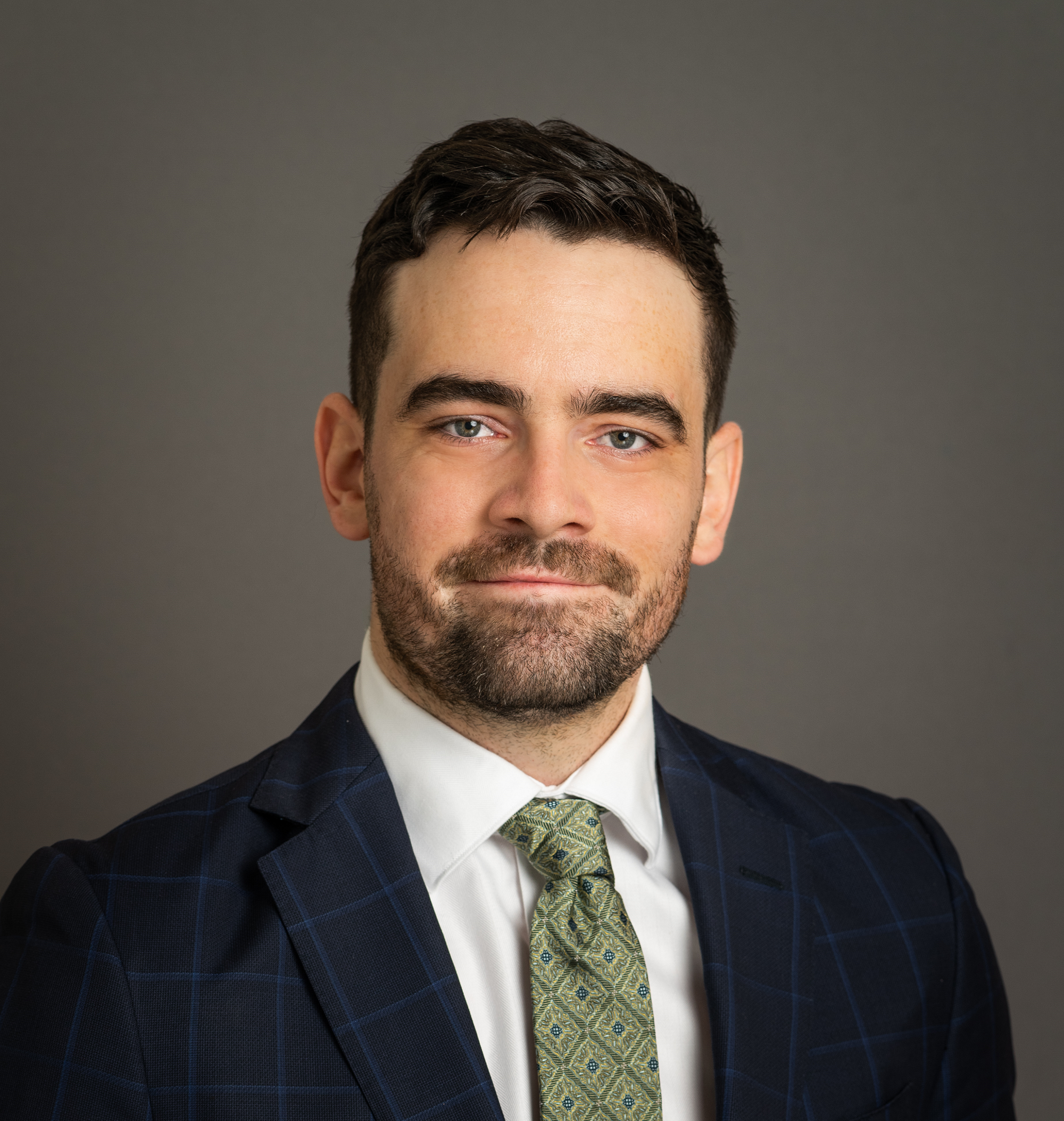 882 Views
The fruits of an unlawful demand

Where a public authority takes tax paid by a citizen pursuant to an unlawful demand, should the citizen be entitled to repayment of that tax? To answer that question, one must dive into the often-murky waters that lie between the invalid acts of government and the granting of monetary remedies to aggrieved individuals.

The rationale behind the affirmative argument is plain to see. It has been said that there exists ‘manifest injustice’ in allowing moneys unlawfully exacted from a person by a public authority to be retained.[1] It seems ‘strange’ to penalise the innocent taxpayer whose natural instinct is to trust the public authority, who pays tax at the compulsion of the authority’s coercive powers, and whose only fault is that it paid what the authority improperly said was due.[2] Why should the taxpayer bear the burden of the government’s mistake? And why should the government have the benefit of further funding as the fruit of its unlawful action?

On the other hand, it has been claimed (perhaps less convincingly) that to recognise a broad right of recovery for unlawful exactions of tax would be to ‘throw the finances of the country into utter confusion’ and would create ‘fiscal chaos’.[3]

In this country, funds paid in error to public entities have been described as ‘surprisingly difficult to recover’.[4] Courts in Australia and in other jurisdictions have encountered real difficulties in reconciling errors by public authorities with the restitutionary claims of private citizens. To mitigate these concerns, parliaments in many jurisdictions have enacted regimes for the recovery of unlawfully exacted tax.

This kind of statutory regime was the subject of the recent Supreme Court of Queensland decision of Bradley J in Kozik & Ors v Redland City Council[5] (‘Kozik’). The purpose of this article is to analyse the decision in Kozik and its implications. Ultimately, it will be shown that the decision emphasises the importance of the legislature’s role in ensuring that citizens have a right of restitution in circumstances where public authorities make unlawful demands for tax.

The decision in Kozik concerned a representative action brought by the plaintiffs against the Redland City Council (‘the Council’) to recover payments of special charges.

The effect of the validating regulations is to preserve a local government’s right to collect special charges levied by rates notices, notwithstanding that the resolutions to levy the special charges are themselves invalid.[12] Affected persons lost what might have been a right to set aside the notice or to ask the court to declare it to be of no effect. But in place of those rights, by the same validating regulations, an obligation is imposed on the local government to return the funds paid for the Special Charges that did not apply to their land.[13]

Between June 2011 and July 2016, Council passed resolutions to levy special charges on land adjacent to particular water reserves, including land owned by the plaintiffs (‘the Resolutions’). These special charges were levied to fund capital and operational expenditure on services relating to the reserves.

However, it was later discovered that the resolutions had been passed without compliance with statutory preconditions to the exercise of the authority to resolve to levy a special rate or charge.[14] Upon discovering its error, Council refunded a proportion of the special charges. When the plaintiffs sought to recover the balance of the special charges not refunded by Council, Council asserted that it was not obliged to return the ‘spent’ portion of the Special Charges on grounds that this amount was spent on services for the benefit of all the those who paid the special charges, including the plaintiffs.

Bradley J did not accept these arguments by Council. His Honour held that Council was liable to each of the landowners under a cause of action in debt for the balance of the special charges paid. Bradley J’s judgment hinged largely upon the operation of the validating regulations. His Honour found that each of the Resolutions to levy a Special Charge were invalid and were therefore ‘incapable of ever having produced legal effects.’[15] Consequently, for the purposes of the validating regulations, the rates and charges specified in the Resolutions did not apply to the relevant land.

Additionally, Bradley J held that Council could not avoid or diminish its statutory obligation to return the amount of the Special Charges to each person who paid them, by a defence that the payers will be unjustly enriched by the return.[18]

In the author’s view, the judgment in Kozik is best characterised as an exercise in statutory construction. The outcome (i.e. liability of the Council to the plaintiffs under a cause of action in debt) was a product of the taxation regime established under the LG Act framework. It was not a product of any general principle that, where a public authority takes tax paid by a citizen pursuant to an unlawful demand, the citizen is entitled to repayment of that tax.

The obligation to return the payments for the Special Charges to the landowners who paid them is an essential element of the regulatory scheme and could not be ‘cut down’ by resort to restitutionary principles.[19] It is therefore unsurprising that Bradley J did not consider it necessary to consider whether any unjust enrichment cause of action arose on the part of the plaintiffs. In this sense, the decision demonstrates that common law restitutionary considerations cannot purport to override a statutory regime for recovery that is intended to be exhaustive.[20] In the circumstances, the legislation at issue in Kozik was sufficient to provide a monetary remedy to persons affected by the unlawful exactions of special charges by Council.

But how important are statutory regimes for the recovery of unlawfully exacted tax? Would a right to be reimbursed have arisen in Kozik even in the absence of the validating regulations? As will be shown, in the absence of legislation of this kind, plaintiffs in Australia are confronted with some obstacles in recovering tax paid pursuant to unlawful demands.

English courts have recognised that a claim for unjust enrichment can be grounded solely upon the unlawful act of a public authority. In Woolwich Equitable Building Society v Inland Revenue Commissioners[21] (‘Woolwich’), the House of Lords held that money paid by a citizen to a public authority in the form of taxes or other levies paid pursuant to an ultra vires demand by the authorities was recoverable as of right.[22] There is no need to show a right to restitution on any other ground.

Curiously, no such principle has gained authoritative recognition in this country. Whilst the approach of the House of Lords Woolwich has ‘been mentioned without criticism, and even approval, in a number of Australian cases’,[23] the High Court is yet to rule on its applicability.[24]

Consequently, in the absence of statutes providing a right of reimbursement like those the subject of Kozik, aggrieved taxpayers must rely on orthodox restitutionary principles to recover tax the subject of unlawful demands and, in particular, must satisfy the standard elements of unjust enrichment. [25] To succeed in a claim for unjust enrichment, a plaintiff must establish, amongst other things, that the enrichment of the defendant occurred by virtue of one or more recognised classes of ‘qualifying or vitiating’ factors (i.e.  mistake, duress, illegality or failure of consideration) by reason of which the enrichment of the defendant is treated by the law as unjust.[26]

However, the success of these arguments in such a hypothetical claim would be dependent on evidence of the plaintiffs’ intention for making the payments and not on the legality of the Council’s actions. Arguably, these avenues to establish a right to restitution are more arduous from the perspective of a plaintiff. Ultimately, in this sense, the decision Kozik emphasises the importance of the legislature’s role in ensuring that citizens have a right of restitution in circumstances where public authorities make unlawful demands for tax.

[17] other than requiring repayment ‘as soon as practicable’.

[24] Commentators have explained this to be a product of the ‘somewhat conservative’ nature of Australian courts: Greg Weeks, ‘The Public Law of Restitution’ (2014) 38(1) Melbourne University Law Review 198 at 203.

[25] The approach to determining claims of unjust enrichment in a claim for money had and received was summarised by French CJ, Crennan and Kiefel JJ in Equuscorp Pty Ltd v Haxton (2012) 246 CLR 498 at 516.