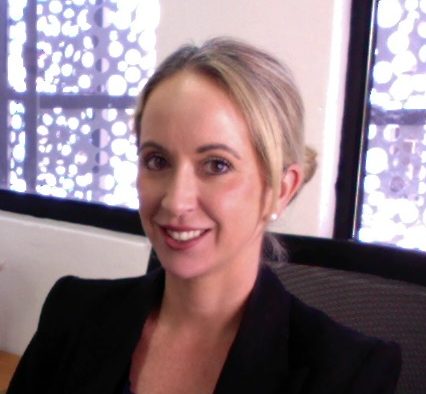 Facetiously known as ‘Brownsville’ to our northern counterparts in luscious Cairns, where the rivalry between the two northern centres remains alive and well and is not confined solely to friendly banter between lawyers.

Townsville has a population of 180,000 people on the shores of the Great Barrier Reef, where the jewel in our Crown is Magnetic Island, a short thirty-minute ferry ride from the city.  A majestic island which proves to be a popular escape for many of our city’s lawyers, it is a popular yet underrated paradise where the pressure of practice seems a million miles away!

Townsville has been the home of many great legal minds: Sir George Kneipp and the Honourable Keiran Cullinane AC in more recent times, each of whom sat as the Northern Judge between the years of 1969 – 1992, and 1992 – 2011 respectively.

Our current judicial offers consist of North J as the Northern Judge of the Supreme Court, Judges Gregory Lynham and John Coker in the District Court, Judge Chris Bowrey in the Federal Circuit and Family Court of Australia, along with seven locally based Magistrates.

Townsville is also the city where Hearsay editor Richard Douglas QC did his articles at Connolly Suthers Lawyers from 1981-82 (lest I omit that important fact!)

The North Queensland Bar Association currently has 32 members. With President Justin Greggery QC at the helm, our bar is guided by his vast experience as a trial advocate across many practice areas. Greggery QC is generous with his time and ideas. We love him, until we are opposed to him!

The Supreme Court at Townsville moved to The Edmund Sheppard building in 1975. The old Supreme Court, a wooden courthouse which perched upon Melton Hill, sat vacant from 1975 until 1997 when it suspiciously caught fire and burned to cinders. It was a sad day in the legal history of our city.

Townsville is fortunate to host the biennial sittings of the Court of Appeal.  It is a tradition that has benefited the northern bar to gain access to appellate work without having to travel to Brisbane. Conveniently held in the winter months, many of the judges of appeal enjoy the collegiate hospitality of the local legal practitioners and an escape from chilly Brisbane!

Over the years the judges of appeal have embarked upon a tradition of arranging a morning walk to the top of Castle Hill, the iconic rock that sits right in the middle of the city. Castle Hill was famously graffitied by eight university students in 1962 who painted ‘the Saint’. These days it’s not just the rock that is iconic. The Saint has survived many threats of removal and has put Townsville on the map for its famed graffiti. Classy.

Townsville remains home to old established firms that date back to the early years of our city. Connolly Suthers Lawyers, Wilson Ryan and Grose Lawyers and Roberts Nehmer McKee are all firms in that category. As seems to be an emerging trend state-wide, Townsville has also benefited by the emergence of small boutique firms that provide legal advice in specialised areas of practice.

The Townville economy is thriving. The glum years that followed the collapse of Queensland Nickel are well behind us, as we have welcome Bravus Mining, the construction of the Queensland Country Bank Stadium and government initiative of Regional Development Australia. These are but a few of the exciting projects that have contributed to our city’s healthy economy. With a healthy economy comes lots of briefs!

The North Queensland Bar Association has been experienced an influx of new members in recent years, who have joined us as highly capable and enthusiastic barristers. These junior barristers have invigorated the bar with their modern approach to practice and fresh ideas which we consider vital in ensuring a strong and lasting local bar.

In addition to the many operating courts, Townsville also hosts mediations and settlement conferences at various chambers and firms. We welcome our southern counterparts to litigate local matters locally and promise that you will be warmly welcomed by our collegiate bar.