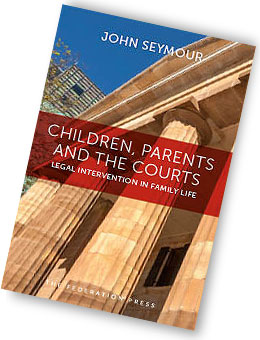 I was invited to prepare a review of this book, a few weeks after the Inquiry was called into the care of children in detention in the Northern Territory.

Like most Australians, I watched and cringed at the recent 4 Corners program which depicted what can only be described as appalling treatment of children in detention. I was, naturally enough, keen to read and review this book. My anticipation was well rewarded. I wondered if it might extend to the question of abuse of children in detention. It does, but incidentally.

The book sets out many examples of how the Courts determine what to do with children who are abused, or whose parents are incapable of looking after them, in the normal domestic situation as well as in the institutional environment. It does this whilst shining a light on the relationship among children per se, parents, and the courts in resolving issues concerning the care of children.

Over the years I have been involved in cases involving children and their abuse in most roles that lawyers are asked to fill. Indeed, my father was a Children’s Court magistrate so I was brought up with a keen interest in this topic. We all know that this concept of abuse not only relates to abuse in the family or foster home but extends to the school and to abuse in institutions such as was highlighted by the ABC. I have sat as an acting Magistrate in the Children’s Court.

This book is written at a very basic level. I perceive that it is not simply intended for lawyers’ benefit. It is not a text book in the traditional sense. It does follow the format with which lawyers are familiar of identifying case law, discussing the facts and considering the methodology by which the Court arrived at its decision.

However it goes beyond what we would expect of a legal text book as it endeavours (successfully in my view), to explain how the well being of the child being paramount must be applied to the facts of each case where the question of whether a child should remain with its natural parents or placed in foster care, needs to be determined. It does this by reciting relevant facts (explaining hearsay, as distinct from provable facts) and then following the process of logic applied by the Court to arrive at its decision.

Forgive me for focussing a little on the Northern Territory situation but I think that you will understand why. At page 58, the author cites this extract from a case worker’s submission in the N.T.

“[T]he job can be challenging and horrendous. Abuse and neglect of children does happen, but the hardest part of my job that makes me the most upset and angry is the system I am working in. It is the system that re-abuses the kids and re-traumatises already vulnerable and traumatised children”

The author of this book comments that these problems are seen Australia wide. He comments on the poor pay and supervision of child protection staff; on the fact that they are often expected to sink or swim; and that are almost invariably struggling with high case loads and forced into rushed decisions.

The author looks at the stolen generation and aboriginal children, as related topics. He then segues into the subject of the developing rights of children as they mature, to make decisions independently of their parents, particularly, for example, in medical matters such as contraception.

This concept of the parents, is encapsulated in the title of the book, as indeed it must be, for there could be no discussion about the rights of children, without also looking at those of the parents as well as the power of the courts as the third point of the triangle. Think, as one example, of children needing blood transfusions where the parents’ religion does not permit it. A number of such instances are provided for us to consider. They make quite confronting reading, where, for example, a child had a tumour that required chemotherapy but the parents refused to allow it, rather, seeking to rely on alternative medicine, even after it became clear that the tumour had substantially enlarged. Chemotherapy was likely to result in the need for a blood transfusion. And then there are the cases of gender reassignment surgery for teenagers which raise the question whether their consent, alone, should be sufficient, a topic discussed in some detail.

As I inferred at the outset, this is a book that not only has appeal to lawyers but is written in a style which will make it useful to all parents and, for that matter, many children as they emerge from their childhood.

I liked the analogy of a triangle composed of the child, the parents and the courts. As you examine this book, you will realise that the decisions that courts have made in particular cases can be justified, not so much as applications of rules of law or prior decisions, but as the courts’ endeavouring to come to a decision which recognises that the welfare of the child remains paramount.

The book addresses confronting issues, but it provides a wakeup call suggesting that, as a society, we can and must do more to protect our precious children even if, at times, we are protecting them from themselves, their family and, perhaps now, we might also have to add, their guards.