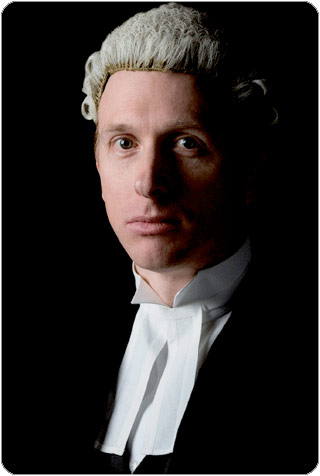 The process of removing our content from LexisNexis and Westlaw will take effect on 1 January 2017. Thereafter, we will provide our case law service to you directly through our own online platform, ICLR Online.

This is a significant change and will affect all users in Australia and New Zealand who access ICLR’s law reports through LexisNexis or Westlaw. It is therefore of critical importance that you read over this guide to the removal of our content from LexisNexis and Westlaw and get in touch with us as soon as possible if you think that you are affected by it.

What is going to change?

As of 1 January 2017, our law reports will be made available to you directly through our own online legal research database, ICLR Online.

What law reports are going to be affected?

Your access to the following series of ICLR law reports will be affected by this announcement:

What will happen to the archive of ICLR content on LexisNexis and Westlaw?

From 1 January 2017, all ICLR content currently available on LexisNexis and Westlaw in Australia and New Zealand will be removed.

Who will this affect?

This will affect all subscribers to LexisNexis and Westlaw in Australia and New Zealand who currently have access to ICLR’s law reports as part of their subscription.

If you are unsure whether you have access to ICLR’s law reports under your subscription to LexisNexis or Westlaw it is important that you contact us as soon as possible. You can reach us by telephone on +44 207 6471 or by email to enquiries@iclr.co.uk.

Alternatively, enter your details and we’ll respond within one business day.

No. ICLR’s law reports are not available on Justis and JustisOne anywhere in the world.

Yes. If you wish to ensure you have continued access to ICLR’s law reports after 1 January 2017 it is essential that you reach out to us as soon as possible on +44 207 6471 or by email to enquiries@iclr.co.uk.

How much does ICLR Online cost?

ICLR is a registered charity and operates on a non-profit basis. Our only concern is to make sure we are able to provide you will the most accurate, timely and authoritative account of English case law and to generate enough income to cover our operating costs.
Our subscription rates reflect this.

If you are a university, college or academic institution, we offer access to all of our content with no cap on users for a fixed price of: GBP £1,530 (approx AU $2,450/NZ $2,615 at current exchange rates) per annum.

Why is ICLR removing its content from LexisNexis and Westlaw in Australia and New Zealand?

Since our founding in 1865, we have been committed to serving the legal professions across the common law world. We are the most authoritative and pre-eminent provider of English case law, both in terms of coverage and quality. To enable us to continue providing you with law reports of English cases that are of the highest possible quality, we need to prepare for the future.

Kevin Laws, ICLR’s Chief Executive Officer explains why we have taken this decision:
“Licensing the ICLR’s law reports to commercial publishers like Thomson Reuters and LexisNexis was a critical development as ICLR moved from print to online in the early 2000s. However, having just celebrated its 150th anniversary, ICLR needs to keep an eye on the future. Even in the digital age, the effective administration of justice in common law jurisdictions requires independent, accurate and authoritative law reporting. Moreover, it is critical that access to law reports of the most important cases be delivered to customers at moderate, transparent prices. For ICLR to continue to provide the high quality and timely law reports for which we are known, we must return to directly providing our work to the end user.”

“The removal of our law reports from LexisNexis and Westlaw in Australia and New Zealand is a process that started with the launch of ICLR Online in 2011. It will enable us to position ourselves at the forefront of innovation in law reporting, whilst simultaneously ensuring that our valued publications are made available at prices that are consistent with our production costs on a non-profit basis.”

“We are keen to speak to our clients in Australia and New Zealand so that we are able to support their needs during this period of change. We have enjoyed strong, productive relationships with LexisNexis and Thomson Reuters for many years and will be working with both organisations in Australia and New Zealand to ensure that all customers benefit from a straightforward and seamless transition to ICLR Online.”

What should you do now?

It is very important that we determine whether you are affected by this announcement before the content is removed from LexisNexis and Westlaw on 1 January 2017.

To ensure you do not lose access to ICLR’s law reports it is important that you act now.