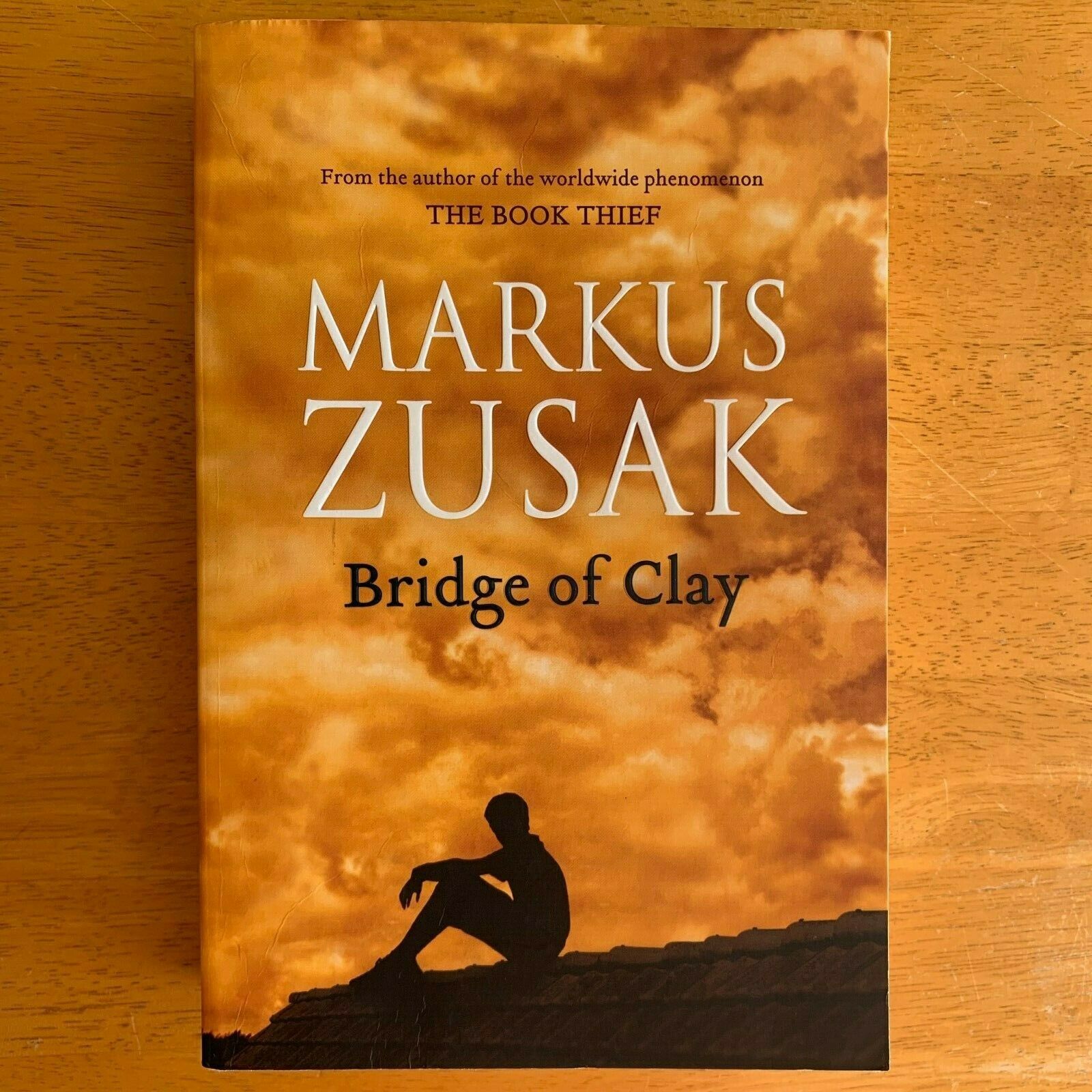 So, when, Brett from the Blokes’ Book Club, chose Bridge of Clay as the next read, I knew nothing of the work of Marcus Zusak. I got round to my reading duties, late. When I started reading, I had heard suggestions that the book was hard to follow in its opening chapters but that it got better. It was, a little, and it did, indeed.

Bridge of Clay was published in October 2018. While it spans events across generations, the time in which Matthew, the oldest son and narrator, is typing the story he narrates on the old Remington TW is very recent. Nonetheless, the book’s atmosphere seems much older. The Sydney of which it speaks could almost be the Sydney of Patrick White’s Tree of Man. Something about the subject matter: the small towns, talk of Remington typewriters, the people of the racing industry, families growing up with siblings struggling to find their respective pathways, combine to make the story seem to belong to an era, much older.

The events must be modern, however, because Kingston Town’s win in the 1982 Cox Plate is spoken of by the characters of the book as ancient history and that happened just a few years ago, in 1982.

Bridge of Clay is the story of five brothers: Matthew, Rory, Henry, Clay and Tommy. The five brothers live without parents in a house at 18 Archer Street in Sydney’s racing district. Archer Street is named for the racehorse who won the first and second Melbourne Cups in 1861 and 1862. The novel is also the life stories of each of their parents. Their father, Michael Dunbar, who grew up in a country town 12 hours from Sydney; loved and knew everything about Michelangelo; wanted to be an artist; and married his primary school sweetheart. Their mother, Penelope Lesciuszko, was raised in Poland by her father who taught her how to play the piano and to love Homer’s classic works. Penelope’s father arranged for her to escape to the west, some years before the fall of communism, by her not returning from a concert performance in Vienna. Penelope chose Australia and she met Michael who, five years before, had been left by his bride from childhood, over her newly purchased piano which had been delivered some distance up the street at Michael’s place as a result of a mistake by the delivery man as to the address.

Penelope’s enthusiasm for The Iliad and The Odyssey was handed down to her five sons. Her enthusiasm for music, not for want of trying on her part, failed to find fertile ground. Because of the former, it is not surprising that the pets at 18 Archer Street, which really belonged to the youngest brother, Tommy, the cat, the fish, the bird, the dog and the mule were all named for Homeric characters (as was, of course, Penelope, herself).

On the first page of Bridge of Clay, Matthew tells the reader that Clay was the one who took it all on his shoulder. The enormity of the truth of this is not revealed to the reader until the very end. But parts of that truth become evident at earlier points in the narrative. Sometimes, a toddler comes out with a statement that no one could have taught them and they make us feel that they must have been here before in some earlier life. Clay is that in spades. He feels the pain and joy of everyone about him and understands what everyone is thinking. He hears the stories. He remembers everything. As the narrator says and the title suggests, Bridge of Clay, more than anything, is the story of Clay.

Clay loves a girl. Her name is Carey Novak. She became an apprentice jockey and rode a famous horse to win a division 1 race. Carey provides the title. When Clay decides he must leave the others and go and help his father, Michael, build a bridge, Carey says that, when you devote yourself to building a bridge, that bridge is partly made of you. The bridge is to be built of stone and is to resemble the design of the Pont Gard, the famous Roman bridge in France. But it is also built of Clay. Bridge of Clay is the story of the bridge but it is also the story of Carey and the story of Carey and Clay.

Because Bridge of Clay is so many people’s stories spanning generations and parts of the world, it is not surprising that 13 years passed between the publication of The Book Thief and Bridge of Clay. Neither is it surprising that Zusak experimented with structure and even the identity of the narrator before he felt able to complete the task he set himself.

Matthew is the narrator but, as the reader finds out, his task is to write down Clay’s story. And Clay is able to tell Matthew so much of the story because he listened and remembered every story that others had to tell, before it was too late.

Zusak starts somewhere near the end with Matthew typing on the old KW that the reader soon finds out belonged to Michael’s mother and which Matthew travelled to unearth from a backyard of the country town 12 hours from Sydney. Chapter by chapter, the narrative moves forward and back in time. For a time, the filling in the past details Michael’s childhood, how he courted Abbey and how their marriage fizzled out. Meanwhile, each other chapter details life at Archer Street of the parentless five brothers. Then the narrative switches with the past focussed on Penelope’s life with her father in Poland. Then the reader hears about life at Archer Street before the children were parentless and before Michael were known by his children as the murderer. It is like a huge colour by numbers drawing being filling in, cell by cell.

Bridge of Clay is a story of love and tragedy. It tells of love between teenagers who mean to spend the rest of their days, together, and of older, more wizened people with the same intention. It tells of love within a family, between parents and children and children and parents and between siblings, despite their many differences in temperament and interest. It is a story of success and failure but they are often difficult to tell one from another. The tragedy comes in different forms and at different times and it challenges the love, also, in many different ways.  Zusak is said to have compared the writing of the book to The Odyssey in that the book was the war and the sequel would be the coming home. I think the book may have expanded since Zusak said those things. Bridge of Clay encompasses enough war but, ultimately, it is a story of difficult comings home. Thesimilarities to Homer’s classics are clear. The gods are no less cruel. And, ultimately, the characters are no less heroic.

Bridge of Clay is about the way in which people can be brought together. Relationships can be broken. But they can also be mended. Clay is well-named and Bridge of Clay has more than one meaning. He brings people together and overcomes forces as strong and overwhelming as the waters of a creek in flood.

I read the last 25 pages with tears streaming down my face. In my world, that is a mark of a pretty excellent book. Good choice, Brett