Evidence on Information and Belief 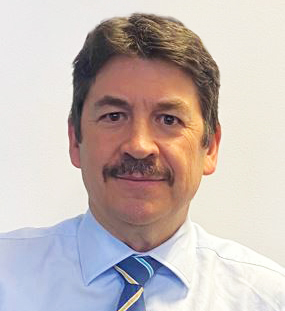 296 Views
Evidence on Information and Belief

His Honour Judge Bernard Porter KC delivered the below paper to the Queensland Magistrates State Conference on 26 May 2022. The article has been re-printed in Hearsay with his Honour’s permission.

The object of substituted service, the primary object, is to bring to the knowledge of the person in respect of whom substituted service is sought the whole proceedings, so that he can take such steps as he thinks proper to protect his interests and rights. It is not proper to substitute service of process in a court of law when there is no belief that the service will bring the proceedings to the knowledge of the person in question or of any person representing his interests.

Evidence on information and belief: requirements for admissibility

To my mind the purpose of rule 5(2) is to enable a deponent to put before the court in interlocutory proceedings, frequently in circumstances of great urgency, facts which he is not able of his own knowledge to prove but which, the deponent is informed and believes, can be proved by means which the deponent identifies by specifying the sources and grounds of his information and belief. What the sub-rule allows the deponent to state that he has obtained from another must, in my judgment, be limited to what is admissible as evidence.

Grounds of the belief

A matter on which there is, perhaps rather surprisingly, a paucity of authority is what is necessary in stating the grounds of the deponent’s belief. In Re Anthony Birrell Pearce & Co. [1899] 2 Ch. 50, at p. 53, Kekewich J. said, obiter:

“If the deponent had merely said, ‘I am informed by Johnstone and believe that (setting out Johnstone’s statements seriatim)’ the affidavit would have been admissible, though it would have been difficult to determine its weight without cross- examination.”

In Concorde Enterprises Ltd. v. Anthony Motors Hutt Limited [1976] 1 N.Z.L.R. 741, at p. 746, Somers J. referred to that statement as suggesting that the provision of the source of information is per se the provision of grounds of belief, but the learned Judge did not think that that accorded with the requirements of the rule which he was there considering and which was in identical terms to that which was considered by Kekewich J. The dictum of Kekewich J. does make the suggestion indicated by Somers J. and, with respect, I would consider that this does accord with the requirements both of the rule there being considered by Kekewich J. and of O. 18, r. 3. On my understanding of the matter it also accords with the view that has been generally adopted in practice for many years.

Can the Court act on inadmissible evidence?

form a special part of our body of law. They are usually classified as “adjective law” laying down the means by which facts may be proved in a court of law. The rules were largely developed as part of the common law since the 17th century. In the ordinary case which involves substantive rights, failure to apply those laws is an error which will result in an appeal being allowed if the error may have affected the result. Although the rules themselves (such as the hearsay rule) are riddled with exceptions, and although there are exceptional discretionary areas such as the exclusion by a judge in a criminal trial of admissible evidence on the ground that its slight weight is outweighed by serious prejudice likely to result against the accused, there is no general discretionary power in a judge or court to change the rules on grounds of convenience or perceptions of justice.

Is there some residual discretion? No.

I am of opinion that a further submission that a great deal of the hearsay evidence upon which the respondent relied was not admissible in accordance with O. 39, r. 3 of the Rules of this Court or at all should not be accepted. Some of the evidence would have had greater weight if the “sources and grounds” of the deponent’s information and belief had been stated more specifically but, in my opinion, the defects in the form of the evidence did not render it inadmissible.

…[his Honour set out the passage at 54 above, including the underlining]

I have underlined the word which suggests that that was a case where some degree of disclosure of the source existed but where greater specificity would have been desirable [his Honour underlined the work more from the above quotation]. The report fails to reveal the degree to which the sources were revealed. This introduces a question of degree, and it is impossible to lay down any rule which will determine what is a sufficient disclosure of sources and grounds to overcome the hurdle of admissibility and enter the area where weight is assessed. However I find nothing in Walsh J.’s remarks which gives a general discretion to a court to admit evidence which would be otherwise inadmissible.

In circumstances of great urgency a court may accept a general statement of sources as sufficient compliance with the rule, although this will more readily happen in the case of an interim rather than an interlocutory injunction. The question as to what is a sufficient disclosure of sources must be decided according to the exigencies of each particular case, and the court’s discretion is not to be fettered.

To what applications does Rule 430(2) apply?

I would state the applicable test as being that hearsay evidence is not made admissible by r 430 if the grant of the relief claimed in the application would finally dispose of the rights of the parties as to the ultimate dispute between the parties, rather than merely as to the subject matter of the application itself.

[88] The question then arises as to whether contempt proceedings are brought by an application because of default or for other than final relief. It has been held in the English Court of Appeal that civil contempt proceedings could be either final or interlocutory depending on the circumstances in which the application was made, and that proceedings for contempt brought in support of interlocutory orders made in an extant proceeding were interlocutory. On the other hand, where the orders finalised a proceeding, contempt proceedings in respect of non-compliance with final orders would not be interlocutory orders. On that approach, these proceedings would be for final relief, even though brought formally in the existing proceedings, because the claims in the proceedings were resolved by, and merged in, the consent orders. I find that distinction unsatisfactory. Firstly, the focus in the decision on civil, as opposed to criminal, contempt as comprising an important distinction is not applicable any longer in the Australian context. Secondly, it does not seem to me correct to characterise any proceeding for contempt of court orders as one incidental to those orders.

Contempt is sui generis with a life independent of the proceeding in which it might arise. The Court considers whether contempt is established and if so, imposes punishment. The point was not argued, but my tentative view is that no contempt proceeding would be interlocutory in character so as to call up Rule 430(2) UCPR

…represent the attempt made, through many generations, to evolve a method of inquiry best calculated to prevent error and elicit truth… In other words, although rules of evidence do not bind, every attempt must be made to administer “substantial justice”.

In my view, the advice and assistance which a litigant in person ought to receive from the court should be limited to that which is necessary to diminish, so far as this is possible, the disadvantage which he or she will ordinarily suffer when faced by a lawyer, and to prevent destruction from the traps which our adversary procedure offers (1999) 166 ALR 129 at 137 to the unwary and untutored. But the court should be astute to see that it does not extend its auxiliary role so as to confer upon a litigant in person a positive advantage over the represented opponent   … At all events, the absence of legal representation on one side ought not to induce a court to deprive the other side of one jot of its lawful entitlement   … An unrepresented party is as much subject to the rules as any other litigant. The court must be patient in explaining them and may be lenient in the standard of compliance which it exacts. But it must see that the rules are obeyed, subject to any proper exceptions. To do otherwise, or to regard a litigant in person as enjoying a privileged status, would be quite unfair to the represented opponent.

Where a party appears in person, he will ordinarily be at a disadvantage. That does not mean that the court will give to the other party less than he is entitled to. Nor will it confer upon the party in person advantages which, if he were represented, he would not have. But the court will, I think, be careful to examine what is put to it by a party in person to ensure that he has not, because of the lack of legal skill, failed to claim rights or to put forward arguments which otherwise he might have done.

139 Every judge in every trial, both criminal and civil, has an overriding duty to ensure the trial is fair. A fair trial is the only trial a judge can judicially conduct. The duty is inherent in the rule of law and the judicial process. Equality before the law and equal access to justice are fundamental human rights specified in the ICCPR. The proper performance of the duty to ensure a fair trial would also ensure those rights are promoted and respected.

141 The matters regarding which the judge must assist a self-represented litigant are not limited, for the judge must give such assistance as is necessary to ensure a fair trial. The proper scope of the assistance depends on the particular litigant and the nature of the case. The touchstones are fairness and balance. The assistance may extend to issues concerning substantive legal rights as well as to issues concerning the procedure that will be followed. The Family Court of Australia has enunciated useful guidelines on the performance of the duty.

3 For summary judgment the rule is restated in Rule 295 UCPR.

9 See Rule 372 which contemplates an application for an order under Rule 371 which must specify the failure to comply with the rules.

12 In my respectful view, the extent of the scope for admitting information and belief evidence which does not properly disclose the source is not a broad as summarised by Derham AsJ in Australian Gift and Homewares Association Limited v Melbourne Convention and Exhibition Trust (Ruling No. 1) [2014] VSC 481 at [72]

13 In the Magistrates and District Courts express power is conferred to dismiss under s. 22 Civil Proceedings Act