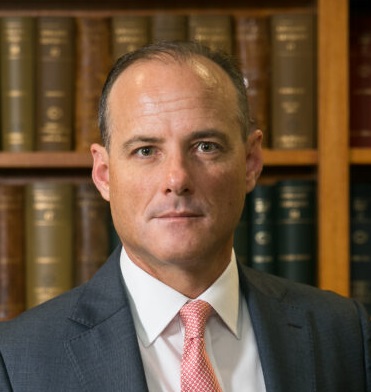 328 Views
From the President

Welcome to this 90th edition of Hearsay, my first as President of the Bar Association and the last for this year.

Since our September edition, we have seen the return of the annual Bar Dinner, which was delayed for the past two years due to the pandemic. The absence of the Bar Dinner in previous years was a sore reminder of the value of collegiality amongst the profession, and its resumption was welcomed and well-attended. One of the great traditions of the Bar Dinner is the toast to the judiciary and response from one of the eminent members of the court. This year, the toast was delivered by Mr Damien Atkinson OAM KC and responded to by the Honourable Justice Glenn Martin AM. A copy of Damien’s speech is contained in this edition, along with a batch of terrific photographs of the event.

Our feature article is a family tribute to the late Sir Francis Gerard Brennan AC KBE GBS penned by his daughter, Madeline Brennan KC. Sir Gerard is not unfamiliar to the Bar as a former Chief Justice of Australia, and many will remember appearing before him, or even alongside him. Madeline’s tribute shows her father in full colour, a touching family perspective of one of the most important figures in Australian legal history.

This being the first edition since the passing of Her Majesty Queen Elizabeth II, and now we are accustomed to the title of King’s Counsel, we are grateful to reproduce an advice prepared by the now Honourable Justice Steward of the High Court and Mr Edward Gisonda of the Victorian Bar, which contains interesting commentary about letters patent and how post-nominal titles have historically applied to barristers.

This being the beginning of my term as President, I would like to express my thanks to my predecessor, Tom Sullivan KC, for his service to the Association and his dedication as President.

I hope that you enjoy reading this edition of Hearsay, and that you have a safe and enjoyable Christmas and New Year. I leave you with my best wishes for the end of 2022 and for all of 2023.