Gun Control: What Australia Got Right (and Wrong) 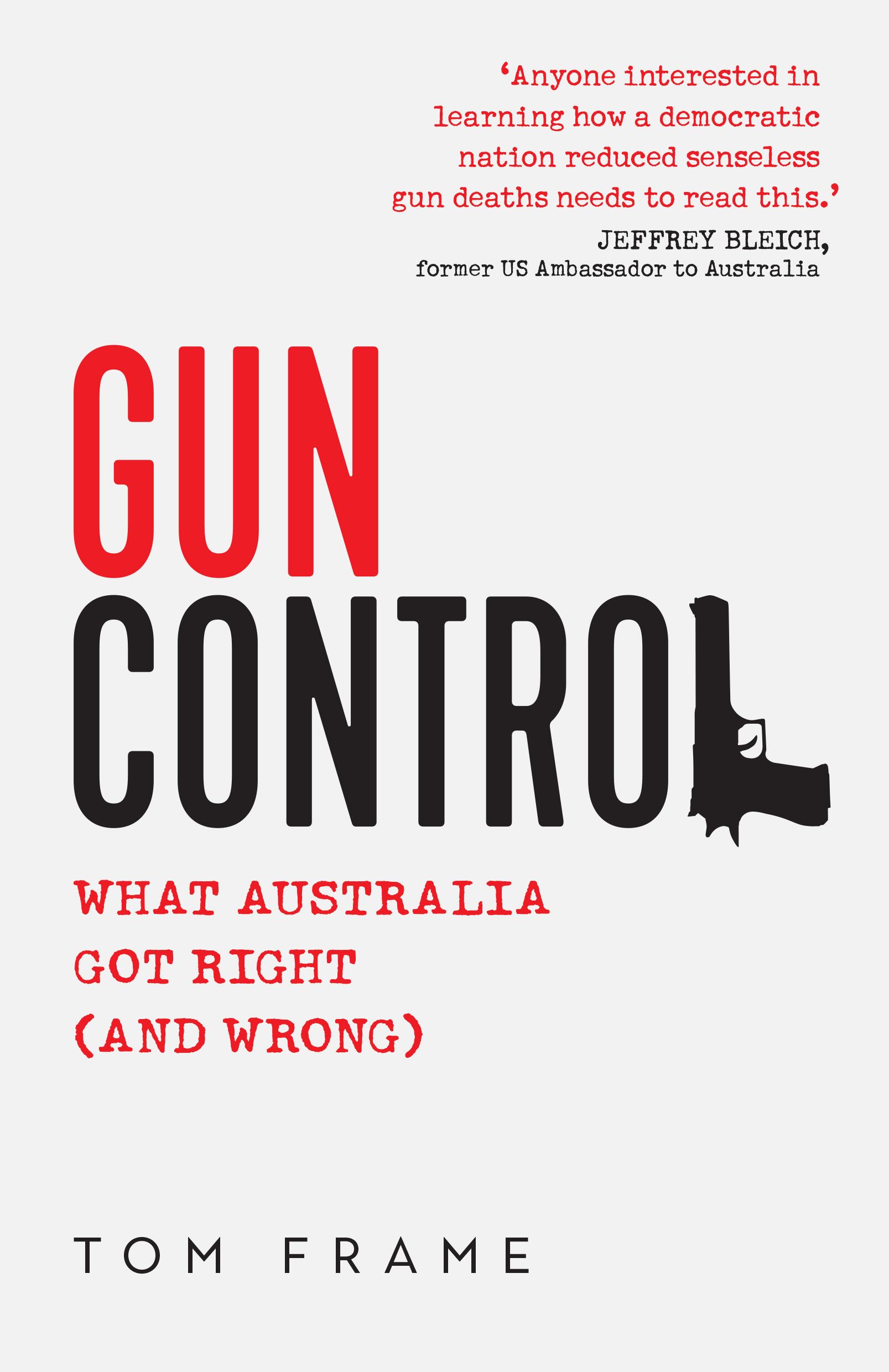 Gun Control: What Australia Got Right (and Wrong)

This is not a book about what the media call massacres. It is not about those tragic incidents where someone shoots and kills multiple strangers in a short time. It is not about Hoddle Street, Queen Street or Port Arthur. These and other examples of gun violence are mentioned or detailed only to the extent necessary to achieve the author’s purpose: to explore and score Australia’s response to gun violence generally.

In tackling this purpose, Tom Frame argues that it is necessary to consider not just the well-known examples of gun violence but also less publicised examples involving few victims or occurring within families. It is with these examples in mind, and a broader consideration of violence, that he argues Australia’s response might have been better.

Frame declares his interests early, at the same time defending against any notion he may harbour unrestrained bias. He writes:

‘I am a licensed firearm owner but don’t believe that keeping firearms is a right. I was a member of the Sporting Shooters’ Association of Australia but have no time for America’s National Rifle Association. I am a farmer with a cattle property near Goulburn in New South Wales but don’t vote for the Shooters, Fishers and Farmers Party. I think Australian governments intrude too much on everyday life but accept the need for highly restrictive firearm legislation. I would probably own an AR-15 semi-automatic centre-rifle if the law allowed but fully endorse the restrictions preventing me from having one.’ [1]

All that said, Frame’s description and assessment of the National Firearms Agreement (NFA) and other gun control measures provide an interesting and worthwhile contribution to the debate. He begins by describing the practical and political dimensions of the Howard government’s response to Port Arthur. He compares this to earlier unsuccessful attempts to curb gun violence. He says that gun violence has continued since the NFA and notes that knife violence and domestic shootings, though often fatal, have not attracted the same attention as so-called mass shootings. Ultimately, he argues that Australia’s response was not sufficiently based on evidence, lacked enough (or any) consultation and has resulted in an inconsistent and less effective response than it might have achieved.

A perusal of the book’s contents delineates the book’s structure and foreshadows its ultimate conclusion: that something different might have been done. The introduction contains Frame’s disclosure and a thumbnail sketch of the landscape of the debate and his view of the way forward. There is a glossary about weapons and ammunition. This is necessary because Frame’s discussion questions the wisdom and effectiveness of prohibiting or restricting certain firearms. For example, he asks ‘And why should the magazine capacity of a firearm determine its acceptability? Does the use of a 17-round magazine rather than a ten-round magazine make any difference to public safety? That an assailant needs to change magazines, more often, hardly seems sufficient grounds for such restriction.[2]

The chapters are: A Day Like No Other; Penalising the Law-abiding; A Nation Divided; Restricting Freedoms, Saving Lives; A Problem in the Making; Elusive Solutions; A Deadly Debate; A Strange Alliance; The Best Thing He Ever Did, and Conflict Without Resolution.

Frame concludes his book by considering how New Zealand, in the wake of the Christchurch tragedy, might learn from Australia’s experience. He writes:

‘Evidence-based firearms policy, something Australia has struggled to embrace, will unite rather than divide a nation that has shown a remarkable solidarity since the outrage in Christchurch.’

In the end, Frame’s argument that Australia’s response to Port Arthur, though popular, was emotional rather than a rational and analytical, is persuasive. The conclusion is sad, because another approach might have resulted in a deeper understanding of such violence and a national response that better prevents it.

Book Reviews
Gun Control: What Australia Got Right (and Wrong)
Book Reviews
The Ouija Board Jurors: Mystery, Mischief and Misery in the Jury System
Book Reviews
Book Review: Killers of the Flower Moon
SEE ALL