First, planning and environment courts, whilst becoming more common across the globe, typically are of relatively recent origin.  Indeed, at an international level, the vast majority of such Courts have only been created in the last decade or so.  Most states in the United States of America, for example, still do not have such Courts.  To have any such Court which dates back 50 years is exceptional.

Secondly, although the subject of a name change in 1991, the Planning and Environment Court has remained constitutionally unaltered over its half century of life.  That is remarkable in a field in which diverse and often divergent interests regularly produce pressure for change which, in other jurisdictions, has led to the restructure or abolition and replacement of various planning and environment courts or tribunals. In Queensland numerous reviews over the years have consistently led to decisions to retain the Court.

Thirdly, unlike Courts of general civil jurisdiction, the Planning and Environment Court is not concerned simply with legal causes of action personal to the parties before it. Rather, its jurisdiction concerns our built and natural environment. The decisions of the Court can have enduring economic, environmental and social effects of significance beyond the interests of the immediate parties to the proceedings. The Planning and Environment Court’s work has been performed over a period of time in which Queensland has grown up and taken shape in so many ways and the Court has played a significant role in aid of the shaping and attainment of the economic, environmental and social maturity of our State.

As one of the longest standing Courts of its kind, the Planning and Environment Court attracts substantial international interest and commendation.  It has been recognised internationally for, amongst other things, its independence, efficiency, innovation, geographical reach across the regions of our large State, its case management, expert witness management and what international academics have described as its “visionary ADR access to justice” and its problem solving approach.  The Court is often asked to share its experience and expertise with Courts and bodies in other countries.

Over the last seven years, the Planning and Environment Court’s annual clearance rates have averaged 114%.  There is no significant back log of cases.  The Court has, over that period, disposed of, on average, 611 matters annually without substantial drain on the public purse.  That is influenced by at least two things.  Firstly, its use of the resources and infrastructure of the District Court without imposing undue demand upon that court.  In this context it should be noted, that the Planning and Environment Court has only 1 ADR Registrar and that Queensland has a lower ratio of District Court Judges to population than is the case in New South Wales or Victoria, where the planning and environment courts or tribunals are not associated with the District or County Courts respectively.

Secondly, and importantly, whilst adequate resourcing is important, the Court has, in the disposition of its caseload, focused less on the constraints of its resources than on a focused, diligent and pro-active implementation of list supervision and individual, flexible case and trial management by the judges.  The Planning and Environment Court was, in the early 1980s, one of the first Courts to implement such an approach and has been relentless in developing, refining and adjusting its approach in order to maximise efficiency.  It has not been shy about intervening, of its own motion, where matters appear to be languishing, as each of you who has had matters listed on what it colloquially known as the “naughty list” would attest.

The Planning and Environment Court’s contribution extends however, beyond the disposition of its case load.  Planning and environment litigation does not occur in a vacuum, but typically arises in the context of a dynamic controversy because someone wants to do, stop or change something.  That “something” often involves existing or proposed development which poses a range of potential economic, environmental and social consequences.  Such disputes often excite diverse and divergent interests, including monetary, political, governmental and public interests, to name a few.  In that context the existence of an independent Court, constituted by judges, with the power publicly to scrutinise, alter or overturn decisions has a positive effect on the quality and robustness of the application and decision making processes generally. Participants in a development application and assessment process do not have to tolerate or accept what they believe to be wrong, poor or even corrupt decision making.  Decision makers, in turn, know that the merits of their decisions are potentially subject to rigorous and transparent review by a Court that is above sectional or political influence and that not only enjoys constitutional independence but which has been vigilant in not pursuing agendas. It is not, and is not seen to be, “pro” or “anti” any sectional, political or other interest.

The purpose of this response to the toast to the Court is however, not simply to further extol fair matters of pride in the Court.  It is important tonight to acknowledge that the Planning and Environment Court’s success is by no means entirely attributable to the efforts of the Court and its judges.  To the contrary, the Court would neither have continued nor flourished without the confidence and support of the broad cross section of legal and other expert professionals and other stakeholders, especially those who regularly participate in matters before the Court.
The Court has always been able to rely upon those members of the legal profession who regularly appear before it, not only to demonstrate the highest levels of professionalism, competence, diligence, candour and responsibility in the efficient resolution of the matter at hand, but also to assist in driving and delivering improvements to the efficiency and effectiveness of the process. This includes, but extends beyond, the conduct of individual cases, to the formulation and implementation of new ideas and innovations over time. The professional associations, and their members, have been active in promoting this culture. The profession has been consulted about the evolution of the Court’s practices. It embraced and ensured the smooth implementation of the expert evidence reforms some years ago.  Another example is the implementation, with minimal public resources, of an e- search system which allows any person, anywhere, at any time and without fee, electronic access to any document, on any file in any of the major Registries of the Court.  That was achieved with the co-operation of the profession in providing, without obligation, electronic copies of Court documents to be downloaded within the registry.  My hope is that, with some limited further resources, the Court may be able to move to full electronic filing.

The legal profession has not only assisted in improving the efficiency and effectiveness of the process, but its members have also, in a most professional way, done much to ensure that the system works effectively even for those who are not legally represented.  Matters that come before the Planning and Environment Court often involve some unrepresented litigants, including private members of the community.  My experience is that such litigants are mainly people who are doing their best, on a matter of concern to them, in an unfamiliar environment.  Treating such people with respect and courtesy, rather than threshold criticism, doubt and dread, can do much to ensure not only that they can participate meaningfully in the process, but that the litigation progresses more smoothly for everyone involved. 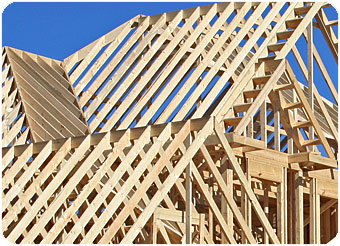 The Court acknowledges the work of the Environmental Defenders Office and of others in the legal profession and, indeed, town planners and other experts who assist such litigants on a pro bono basis. The Court also acknowledges the legal practitioners who appear for other litigants in the Court and who, in my experience, generally show appropriate respect and courtesy to self- represented litigants and also offer desirable comity by providing such litigants with some assistance in understanding and participating in the process. Indeed a self-represented litigant in one long case before me became so comfortable with and interested in, the process that she promptly took up the study of law as a mature aged student, whilst supporting her family, and went on to be my associate before becoming a practising solicitor in the field.

One of the many differences between planning and environment disputes and general civil disputes is that, rather than involving a factual enquiry into what has gone before, in order to determine legal rights, between the parties, in relation to a cause of action, planning and environment disputes are often forward looking, in order to determine how to exercise, anew, the discretion to grant or withhold a new right with potential public consequences. That is particularly so in the case of merits review.  Expert knowledge is utilised to predict the potential future consequences, positive and negative, of proposed development and available mitigation measures in relation to any likely adverse impacts, in order to make risk-weighted discretionary decisions.  In enforcement cases, expert knowledge is also often required not just to assess any adverse impacts of what has occurred but in order to formulate a program to achieve future rehabilitation or restoration. Accordingly, much of the evidence is expert evidence from numerous and diverse disciplines.  The quality of the outcomes of the process is, to a significant extent, dependent upon the value which the experts add to a consideration of the matter.

In that context, the Planning and Environment Court developed an innovative way of managing expert evidence, so that the independence and objectivity of the experts is required, respected and protected and their combined expertise brought to bear on the issues in a focused, engaged and coherent way.  The experts have embraced that and have demonstrated their professional objectivity, diligence, and skill, leading to better outcomes.

Through their participation in associations such as the Queensland Environmental Law Association, experts also make significant contributions to relevant multi-disciplinary professional discussion, debate and education, including as to how experts can best and most helpfully discharge their responsibilities as experts engaged in matters before the Court.

Accordingly, on behalf of the Court, I gladly and gratefully acknowledge the contribution which members of the legal profession, expert witnesses and indeed all others who have participated and who continue to participate in matters before the Planning and Environment Court play, and continue to play, in the ongoing success of the Court in its service to the community.

The multi-disciplinary nature of the subject matters of the Court’s jurisdiction and the way those matters are resolved demanded that this function be much more than a private function for the judges. It is gratifying to see that the judges of the Court are joined tonight by our invited guests, former judges, and so many barristers, solicitors and expert professionals from a range of disciplines. The Court is grateful to the Bar Association of Queensland, the Queensland Law Society and the Queensland Environmental Law Association for their support of this function and to their nominees, Michael Williamson, Michael Connor, James Ireland and Brent Lillywhite who, together with the Manager of Judicial Support, Cameron Woods, assisted me on the organising committee. I also thank our invited guests and all who are here tonight for your interest in, and the contribution to, the work of the Court and the honour which, by your presence this evening, you do the Court.