Previous Issue
Issue 88 - June 2022
About Us
HOME / Report on the National Round Table Meeting of the Law Council of Australia Addressing Sexual Harassment in the Legal Profession
FEATURE ARTICLE - Articles, Issue 86: August 2020

BY Bar Association of Queensland 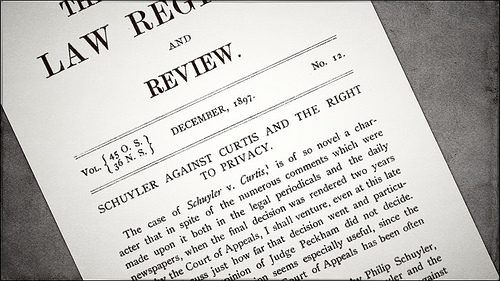 On the 8th of July 2020, Peter Roney QC, along with 36 other participants from various branches of the profession, attended the National Round Table Meeting of the Law Council of Australia addressing sexual harassment in the legal profession. Attendees also included the Chairs of equal opportunity, inclusion and diversity representatives from legal professional associations, regulators, women lawyers’ associations, law student representatives and the Sex Discrimination Commissioner. The only other participant from Queensland was Megan Mahon, the current Legal Services Commissioner in Queensland. The outcomes of the meeting will be published at a later date.

The aim of the Roundtable was to provide a conducive forum for those with relevant expertise to refine policy positions for specific legislative reforms and to further develop approaches that can be adopted within the legal profession to address sexual harassment.

The meeting went over several hours and there were contributions from a wide range of individuals who were represented. It was observed that numerous sources of statistics relating to the prevalence of sexual harassment within the Australian legal profession have been published, including:

Reasons for low rates of reporting of sexual harassment within the legal profession were identified as including that people:

The regulation of the legal profession is overseen by the relevant designated local regulatory authorities in each state or territory.

In addition to any avenues under federal or state workplace or discrimination law, complaints regarding sexual harassment can be made to the relevant designated local regulatory authority as a breach of Australian Solicitors’ Conduct Rules (ASCR). The ASCR were endorsed by Law Council Directors in June 2011 and have been adopted as the professional conduct rules for solicitors in: South Australia, Queensland, New South Wales and Victoria (and shortly Western Australia), and the Australian Capital Territory.

123 A barrister must not in the course of practice, engage in conduct which constitutes:

There was a consensus that the Law Council should develop national guidelines on sexual harassment, and that these would be developed in close consultation with stake holders, including constituent bodies such as the Bar Association of Queensland.

There was also consensus on developing a centralised source of information and a suit of educational tools which highlighted relevant resources and services currently available through the various constituent bodies and national initiatives.

There was consensus that the Law Council had a role to play in ensuring information about effective complaints processes, and to facilitate ongoing development of best practice procedures on this issue.

Complaints regarding sexual harassment can be made to the relevant local Legal Services Commission in each state, including in Queensland. The Legal Services Commissioner and other equivalent Commissioners in other states and territories have stated that in effect,  there just aren’t any complaints. Individuals are not willing to come forward to make those complaints, and that was understandable having regard to the fact that there are very often negative consequences for those individuals who make those complaints. The ACT Bar currently has an anonymised complaint and report form, and the Victorian Bar has an internal confidential complaint and report grievance process. There is currently no such process in Queensland and most of the other states.

There will be therefore, some knowledge sharing between the various professional associations to work with understanding the complaints processes that are known to work, and develop options for alternative processes on this issue.

There was a broad consensus that the Law Council support constituent bodies in developing continuing professional development (CPD) materials and training and encouraging, in some cases, compulsory CPD’s on this issue.

The Law Society of Western Australia endorsed the Australian Women Lawyers ‘Seven Strategies to Addressing Sexual Harassment in the Legal Profession’. The discussion was around whether the inclusion of the CPD would be compulsory or elective. The feeling is it is likely to be an elective.

There was very clear concern, however, that those who might be most likely to require a change in attitude in this area, might not receive the necessary training.

There was also broad discussion about the role of Judges’ Associates, the role of those Associates, that despite the fact they were employed by the state or Commonwealth, that they were seen, in some cases, to be some sort of personal assistant to the judges, and the problems that causes.

Amendment to the Sex Discrimination Act 1984

There was also in this context, agreement to support the amendment to the Sex Discrimination Act 1984 (Cth) to prohibit entirely sexual harassment of another person, in any environment, not just the work environment as is presently the situation, or in the provision of services. There was some discussion about the prospect that this could full fail of difficulties. Constitutionally, however, it is thought that these could be overcome.

Interestingly, the proposed redraft of section 28A of the Sex Discrimination Act 1984 (Cth) effectively adopts the language which defines sexual harassment and the circumstances in which it is prohibited under the Anti-discrimination Act 1991 in Queensland, which is the only act in Australia which prohibits sexual harassment outright, in any environment, whether work, public or whatever.

The focus of the prohibition is on defining sexual harassment as making unwelcome sexual advancements or requests for sexual favours, engaging in unwelcome conduct of a sexual nature in circumstances in which a reasonable person, having regard to the circumstances, would anticipate the possibility that the person harassed would be offended, humiliated or intimidated.

The circumstances to be taken into account in relation to the latter issue include the sex age, sexual orientation, marital or relationship status of the individual as well as other matters. For the first time conduct of sexual nature would include the making of a statement, not other blatant sexual conduct.

The Roundtable acknowledged that law reform must be accompanied by cultural change in the legal profession, which could be achieved through measures including: a national model sexual harassment policy and guidelines; a centralised source of information and suite of educational tools; the facilitation of consistent complaints processes across Australia; and the development of appropriate training.

There was also consensus that the establishment of a Federal Judicial Commission — long called for by the Law Council — has merit.

The Law Council will now developing a blueprint for addressing sexual harassment in the legal profession, based upon the above agreed measures, in consultation with our constituent bodies and relevant stakeholders. The Law Council has also been in discussions with the federal courts about the development of a Judicial Protocol addressing judicial conduct setting out a procedure whereby all lawyers may raise concerns about the conduct of a judicial officer. A draft Protocol has recently been provided to the Court for discussion and the Law Council will progress that avenue in addition to the measures discussed at the Roundtable.