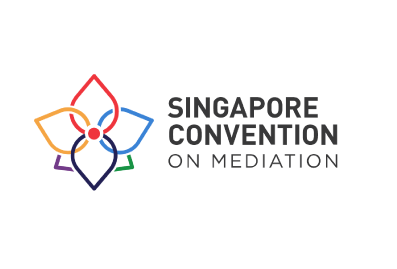 The final draft of the text of the Convention and Model Law was approved by the United Nations Commission on International Trade Laws (UNCITRAL) on 25 June 2018, [4] and was the product of three years’ work by the UNCITRAL Working Group II (Dispute Settlement) (Working Group) which had been examining ways of facilitating the enforceability of international settlement agreements against the background that the lack of a harmonised transnational enforcement mechanism was a disincentive for disputing parties to refer international commercial disputes to mediation,[5] as reflected in the low number of international mediations administered by global arbitral institutions.[6]

The Singapore Mediation Convention is modelled on the New York Convention on the Recognition and Enforcement of Foreign Arbitral Awards (1958) (New York Convention). The success of international arbitration owing to that Convention is likely to be replicated in the case of international mediation following the signing of the Singapore Mediation Convention, assisted by the continuing future growth in the kinds of international commercial disputes suited to mediation arising out of public-private partnership infrastructure projects and investment and trade agreements, where collaboration and flexibility in deal-design are key in the choice of dispute resolution mechanism.

[It is now a year since the Singapore Mediation Convention was signed and it is noted that this paper considers the nature and scope of the Convention, as introduced. Changes to the Convention may be the subject of further consideration and reporting in due course].

2. The Convention applies to settlements of ‘international’ commercial disputes

3. The subject of certain ‘commercial’ disputes do not engage the Convention

The Singapore Mediation Convention, by cl 3(a) of Art 1, also does not apply to settlement agreements concluded in the course of proceedings before a ‘court' or approved by a court,

and that are enforceable as a judgment in the State of that court.[11] The requirements of cl (3)(a) are cumulative. As such, the institution of proceedings or involvement of a judge will not, of itself, exclude an agreement from the scope of the Convention.[12] Settlement agreements that are enforceable as an arbitral award also are outside the scope of the Convention,[13] examples of which include mediated settlements in the context of a pending arbitration which are formalised as an arbitral award. A difficult question nevertheless remains as to whether a settlement agreement that was reduced to an order of a body that is not a chapter III court would fall outside the scope of the Convention.

4. The ‘commercial’ disputes that engage the Convention are broad

As to what disputes positively fall within the scope of the Convention, the Convention does not define ‘commercial dispute’, however ‘commercial’ is defined in the Model Law,[15] and indicated by the subjects of debate in the Working Group,[16] resort to which may be had in interpreting the Convention as a matter of customary and public international law and Art 31 of the Vienna Convention on the Law of Treaties (1969)[17] (Vienna Convention).

‘Commercial’ is defined (non-exhaustively) in the Model Law in a footnote to cl 1 of Art 1 in a discussion of the idea of ‘relationships of a commercial nature’:

Relationships of a commercial nature include, but are not limited to, the following transactions: any trade transaction for the supply or exchange of goods or services; distribution agreement; commercial representation or agency; factoring; leasing; construction of works; consulting; engineering; licensing; investment; financing; banking; insurance; exploitation agreement or concession; joint venture and other

forms of industrial or business cooperation; and carriage of goods or passengers by air, sea, rail or road.

The breadth of what is a ‘commercial’ dispute is clearly very wide. The footnote to cl 1 of Art 1 of the Model Law states that ‘commercial’ should be given a ‘wide interpretation’ and cover matters arising from ‘all relationships of a commercial nature’.

5.  The Convention applies to investor-state disputes

6.  The modes of enforcement of mediated dispute settlement agreements

authority in relation to the recognition, enforcement, setting aside and suspension of an arbitral award.[21] In the context of the Singapore Mediation Agreement, the term is similarly used to describe a body that has authority in relation to the enforcement of settlement agreements. These are judicial functions which domestic legislation will no doubt invest in a ‘court’, and more specifically, in state and territory Supreme Courts, and, possibly, if a settlement agreement provides, a District (or County) Court or a Magistrates’ (or Local) Court.[22] The procedural requirements for enforcement thus largely remain to be defined by domestic legislation controlling the practice and procedure of the relevant forum.

The Singapore Mediation Convention sets out a number of grounds on which the ‘competent authority’ of a member state where relief is sought can, in its discretion, refuse relief at the request of a party against whom relief is sought.

rounds on which relief can be refused include where the party seeking relief ‘furnishes’ to the competent authority ‘proof’ that a party to the settlement agreement was under ‘some incapacity’, an example of which would be a case where a corporate party to the agreement was at all material times deregistered. Another basis is where the settlement agreement is ‘null and void, inoperative’ or ‘incapable of being performed’ under the law to which the parties have subjected it, or, in the absence of any indication of the parties’ choice of law, under the law deemed applicable by the competent authority [Art 5(1)(b)(i)], an example of which is, arguably, an agreement that was void for uncertainty or, possibly, though enforceable at law, too uncertain to permit formulation of a decree for specific performance;[23] or an agreement that was frustrated, illegal (even if it was legal by its proper law[24]), or was entered by a statutory corporation ultra vires,[25] or relief was futile.

Another ground for refusing relief includes cases where the settlement agreement is ‘not binding, or is not final, according to its terms’ [Art 5(1)(b)(ii)], an example of which would be an agreement subject to conditions precedent to its binding effect that have not been satisfied, while another would be an agreement within the third category of Masters v Cameron (1954) 91 CLR 353. A still further ground is where the obligations in the agreement are ‘not clear or comprehensible’ [Art 5(1)(c)(ii)], an example of which would be an agreement vitiated by contractual uncertainty. A final example would be where there was a ‘serious breach’ by the mediator of applicable standards which was a cause of the party opposing relief entering into the settlement agreement [Art 5(1)(e)].

The object of the Convention is to afford a harmonised mechanism for the enforcement of settlement agreements that is fast and efficient in the event of a breach by a party to the agreement, thereby enhancing the cost and other efficiencies of mediation as an alternative

dispute resolution process in international disputes. Whether the Convention will deliver enhanced efficiencies remains to be seen. Much will depend on the terms of the domestic legislation enacting Australia’s convention commitments. Initially, at least, the opportunities for a defaulting party to oppose relief are likely to be significant, as the proper application of the Convention is worked out in the decisional law.

Eighty-five member States participated in the debate preceding UNCITRAL’s approval of the final draft of the Convention. How many member States will sign and ratify the Convention remains to be seen. The uptake among the trading partners of Australia and Australian business is likely to be as wide as the New York Convention, noting that there are 160 state parties to that Convention. Australia’s role in the UNCITRAL Working Group’s deliberations was a key one (noting that it was elected as its Rapporteur), and signals that it will be among the first to sign and ratify the Convention. It may be hoped that this will serve to strengthen Australia’s position as a regional leader in international trade law and enhance its commitment and standing as an important centre for the resolution of commercial disputes in South-East Asia.[26]