Who is a “professional”?

Who is a “professional”?

Those engaged in vocations affording specialised services would covet being characterised as a “professional”. The primary reason for that, no doubt, would be the cachet attracted by such mantle. In addition, perhaps cynically, such descriptor may serve to amplify the fee for service.

The attraction of that descriptor is also important for a number of legal reasons. Four come readily to mind.

First, the Competition and Consumer Act 2010 (Cth), albeit without defining “professional”, utilises the term in two respects:

… provided, granted or conferred under … a contract for or in relation to … the performance of work (including work of a professional nature), whether with or without the supply of goods …

Second, the Civil Liability Act 2003 (Qld) – while in s 20 defining “a professional” unhelpfully as meaning “a person practising a profession” – goes on in s 22 1 to provide, with some exceptions:

A professional does not breach a duty arising from the provision of a professional service if it is established that the professional acted in a way that (at the time the service was provided) was widely accepted by peer professional opinion by a significant number of respected practitioners in the field as competent professional practice.

This provision entails enactment of a qualified version of the standard of care prescribed in the seminal decision of Bolam v Friern Barnet Hospital Management Committee. 2

Third, the Civil Liability Act, in making provision for proportionate liability in Part 2 of Chapter 2 thereof, provides in s 28(3)(b) for an exception to application in the instance of “a claim … by a consumer”. Section 29 defines “consumer”, inter alia, as meaning:

Fourth, in the sphere of insurance, the subject matter of “professional services” arises for construction, whether in the context of a policy insuring or exclusion clause. 3

So much begs the question; just who is a “professional”?

Close to a century ago, in Bradfield v Federal Commissioner of Taxation,4 Isaacs J observed that the term “is not one which is rigid or static in its signification; it is undoubtedly progressive with the general progress of the community”.

In the sphere of health, the Health Practitioner National Law,5 in s 5 thereof, affords a wide definition of “Health Profession”:

This statutory prescription ought, at least, inform the “professional” character of such vocations.

In Durant v Greiner, 6 a politician was found to be a professional for the purpose of the Fair Trading Act 1987 (NSW). That finding, with respect, is surprising given that the only qualification is lawful election to office.

In Prestia v Aknar,7 Santow J8 considered a raft of authorities from the United Kingdom and Australia in the context of what constitutes a “professional activity” in state legislation bereft of any definition thereof:9

One might essay a working definition of these terms. This would embrace intellectual activity, or manual activity controlled by the intellectual skill of the operator, whereby services are offered to the public, usually though not inevitably for reward and requiring professional standards of competence, training and ethics, typically reinforced by some form of official accreditation accompanied by evidence of qualification.

The term “professional activity” refers at least to particular activity which a member of a profession would characteristically carry out in that capacity and which is in fact so carried out by that member as such a professional. It may be that it thus excludes someone who carries out that characteristic activity pretending to be a professional but which is not. However, I do not have to decide that question. An example of the later would be an unqualified person who sought to carry out, for example, medical procedures. Of course if excluded from being a professional activity, the activity may still be business activity, depending on the facts.

Santow J observed that taxation consultants, brokers, teachers and mediators may be professionals, depending on how they organised and conducted themselves. By parity of reasoning, one would have thought tertiary teaching staff would also garner the “professional” mantle.

Plainly self-employment is not a prerequisite of professional status. With the exception of barristers, the modern professional often is a private or public sector employee. 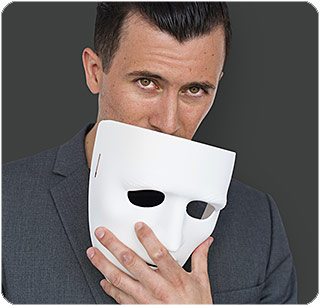 It is submitted that each such “tradesperson”, for some or all purposes, ought enjoy the general law mantle of “professional”. As the authors of Charlesworth and Percy observe,10 the standard of care owed by a “learned” tradesperson has long been virtually synonymous with that of each of the said “learned” professions.

Necessarily there are limits.

Spooner-Hart Prosthetics v Jones11  is an example of an unsuccessful attempt to characterise a defendant as a professional advisor in circumstances where the apt character was no more than a “specialised technician”. That case turned on the precise content of the duty owed by that defendant where there were known necessary dealings with government authority for funding of the specialised service in question.

The same could be said of other quasi-specialised services, despite those in their ranks claiming their services to be, broadly speaking, “professional” in character.

Further, in the sphere of insurance, a narrower approach is generally considered apt, apropos of the usual policy language of “professional services”. Subject to policy definition, that language is ordinarily confined to the mainstream modern professions, bereft of the abovementioned extended meaning.12 Recently, in Chubb v Robinson,13 the Full Court of the Federal Court was not satisfied that the moving party had proved that, in or about 2011, building project management was a “profession”, or that provision of project management services constituted the rendering of “professional services” within an exclusion in a D & O policy.

There are instances of a person purporting to practise as a professional, or expressing professional opinion, while in truth bereft of qualification or experience, or registration where required. The applicable principles appear to dictate that such a person will be found to owe a duty of care to the standard of care of the adopted profession.

In Pickering v McArthur 14 the defendant, a massage therapist, advised the plaintiff, his trusting client, to leave his wife. The plaintiff suffered psychiatric injury in consequence. Approving the first instance judge’s view that the application to strike out the claim ought be refused, Keane JA15 wrote:

[13] In my opinion, if it be the fact that the respondent (plaintiff) was persuaded by the applicant’s (defendant’s) claims of competence in the field of relationship counselling to act in reliance upon his advice, and such reliance was reasonable, then, if that advice was given without the reasonable care that might be expected of a person holding themselves out as qualified to give that advice, the respondent may have a good claim for damages for negligence if he suffered psychiatric harm as a result of acting upon the applicant’s advice.

In Timbs v Shoalhaven City Council,16 a large tree on the deceased’s land blew over on to his residence, and in turn onto the deceased who was sleeping. He was killed. The tree was the subject of an earlier tree preservation order, such that it could only be removed or cut with the consent of the defendant council. The deceased applied to the council to remove the tree. A council officer conducted a perfunctory examination of the tree and declared it safe. The deceased was advised that if he made any attempt to remove or prune the tree a fine would be imposed. In truth, the tree was unhealthy and, in consequence, unstable. The fatal incident then ensued.

It was held on appeal, apropos of a dependency claim by the deceased’s widow, that actionable negligence was proved, notwithstanding that there was no obligation in the council to declare the tree safe, and even though the examination of the tree actually conducted reasonably did not reveal it to be unsafe. The New South Wales Court of Appeal wrote (at [55]):

When the Council officer took it upon himself to express a positive view as to the safety of the tree, he was representing a capacity to do so based upon his expertise and experience. In those circumstances, the requisite standard of care required of him was higher than that of a layman. The inspector was not warranting the safety of the tree, but it was reasonable in the circumstances to expect of him that he would have made more than a cursory visual inspection. Like a general practitioner he professed a sufficient level of expertise to require him to make a reasonably informed diagnosis or to admit the need for referral to a specialist (arborist) before pronouncing and repeating his firm and positive opinion as to the safety of the tree.

If, in truth, a person purporting to act as a professional, either as a matter of routine or on a single occasion, bears the same standard of care as a true professional in that field, the cautious dictum Santow J expressed in the second paragraph of the above extract from Prestia v Aknar may be erroneous. That is, the argument would go, with the burdens ought come any benefits, including immunities afforded at common law or by statute. That issue remains moot.

The concept of who is a “professional” in modern commerce is fluid. Undoubtedly, the courts will address the issue with some caution. In the absence of statutory definition, much depends upon the fabric of the legislation or commercial instrument (eg insurance policy) under consideration.

As in other areas of the law, an incremental approach is likely to be adopted in construing who is to be ordained with such vocational mantle.

[1] Analogues of this provision, with some variation, are to be found in each Australian state, but not the territories.

[3] Chubb Insurance Company of Australia Ltd v Robinson (2016) 239 FCR 300, where the case law is reviewed and exemplified in operation.

[15] Now Keane J of the High Court of Australia.