The State of Youth Justice in Queensland 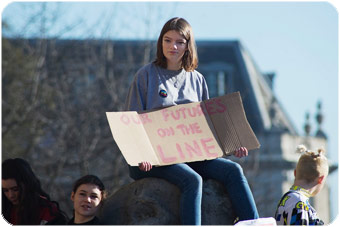 The State of Youth Justice in Queensland

“I’m expressing with my full capabilities, and now I’m living in correctional facilities”

Happy children don’t do crime. They aren’t out late, rolling people for their Nikes or tagging the wall at the local train station. That’s because they’ve been busy with sport, music, homework, dating or social media.

Those happy kids reckon they’re blessed and they’re right — but for the wrong reasons. They reckon they’re privileged because their mums and dads buy them stuff. In fact, they’re lucky because they have parents who are constantly nurturing their strengths, blunting their weaknesses, and giving them a stable platform for learning. They have families who walk with them.

The young people who reach the youth justice system hardly ever come from those backgrounds. We see over 500 clients each year at the Youth Advocacy Centre and we calculate that about 70% have been affected by one or more of a cluster of factors: mental illness, homelessness, domestic violence, learning disorders or substance abuse [1] . They are not being offered an easy place to do homework or a yard to play sport. They have had disadvantage piled upon disadvantage so that, for instance, they dropped out of dysfunctional homes and challenging school experiences, and now they don’t have the support or the literacy to see a doctor, buy clothes or look for a job. They lack social networks but, more than that, they may lack the machinery to make their way in relationships with family, let alone with strangers.

All of this, of course, leads to the gloriously obvious conclusion that, if we are relying on our criminal justice system to address youth crime, that’s crazy. The underlying premise of that system is that we create penalties so that the cost of committing anti-social behaviour is greater than holding back. But the kids who hit the youth justice system were, for the most part, badly damaged way before they came to make choices, and the drivers are usually still in place. The knot of unhappiness, confusion and powerlessness that presents as offending is not going to be unravelled by the binary levers of a penal system. If all we do as grown-ups is to tell these children that some things are forbidden — and we never give them the equipment to find a healthy path – that is a lame exercise in merely delaying harm for tiny periods. Worse, we have squandered the opportunity to spare ourselves all the loss that damaged youth can bring later in life to themselves and to others.

These conclusions are not new. There was an article that came out of Queensland, published by the Australian Institute of Criminology, in September 2003 [2] which made similar findings (albeit in more scholarly terms!) and concluded, “by the time young people come to the attention of the juvenile justice system, it is difficult to modify a trajectory whose ‘direction’ has already been substantially determined by a very wide range of precursor factors that can no longer be effectively addressed by any single government agency.”

In my view, it comes to this: the best improvement you can make to the youth justice system is to make sure we rarely use it. That stance may jar with the opinions of talk-back radio callers but I can tell you it is a very widely held view amongst the people who actually have expertise in the area — whether they be judges, police or youth advocates.

Happily, the current government has developed policies which are entirely consistent with the views set out above. The Minister for Child Safety, Women and Youth, Di Farmer, engaged the former Commissioner of Police, Bob Atkinson AO, to head a team that would assess the state of youth justice and the report was published in June 2018. There were four underlying “pillars” in the recommendations, namely:

Beneath that high-level response, there were specific recommendations. They included focusing on towns or postcodes with high level offending and looking at “place-based” approaches, looking to schools as a means of identifying children in need of support, establishing alternative facilities to address offending behaviour where children have problems related to disability, substance abuse or mental illness, working across agencies to share information, supporting transition back to normal life after custody, and setting high targets for reducing the number of children entering detention for the first time. There are many more recommendations, but one can see the theme: if the need occurs in isolated pockets, identify it early and support families and children, rather than keeping with a reactive approach.

And the Government had implemented policies that go some way down this path. It has introduced a Transition 2 Success program which helps young people back to school or into the workforce, it has developed community youth responses for crime hotspots in Brisbane, Cairns and Ipswich, and it is rolling out youth and family wellbeing services to assist indigenous communities in developing their own solutions, amongst other policies. It has a Youth Justice Strategy called “Working Together, Changing the Story” which takes this State up to 2023 and is designed to implement Bob Atkinson’s recommendations by working on need long before it manifests as crime. That Strategy fits neatly with research I understand is coming out of Treasury to the effect that the best indicator of the quality of a child’s life is the first thousand days following birth.

The Government is dedicating considerable resources to a coherent plan and to a range of new or improved initiatives and it is to be strongly commended. But, for a number of reasons, I am unable to give it a gold star just yet. First, there are approximately 242 beds for children in youth detention in Queensland, and they are divided between the centres in Brisbane and Cleveland (near Townsville). That seems more than enough Queensland children being detained, especially since 80% of them are on remand and have not been found guilty. One would like to see a system where we are much more discerning about who is locked up, and how quickly they are processed, rather than expanding detention facilities. But the Government has now committed to building new facilities with 48 additional beds at a cost of $177 Million. And that, of course, is just the start-up cost; it doesn’t reflect the running expenses. It seems to sit uneasily with the initial vision, and many in the community sector would have liked to have been taken into the Government’s confidence — consulted in a substantive way – so that we can work together towards considering whether this measure (and the finer points of many others) were the best response. Suffice to say that in my experience the Department’s version of consultation could easily be improved.

Second, the experience at Youth Advocacy Centre (and with many other agencies) is that we are finding that, whilst youth offending is actually reducing, the numbers of children in custody with drug problems is increasing drastically. Sydney and Melbourne have sophisticated rehabilitation programmes but in Queensland, at best and if at all, we send our children to Coffs Harbour. We desperately need a rehabilitation centre in Queensland so that drug problems can be treated by professionals, and that idea needs to gain traction.

Third, and most immediately, it is desperately hard for people working in the youth justice system to give the Government credit when it presides over the terrible slur which is the watch house status quo in Queensland. It goes like this. The Department says that, for various reasons, the detention centres are full [3] . There are a host of potential remedies like building temporary accommodation at the centres, increasing staff ratios or processing the kids on remand quicker, but the Department maintains that no solutions work. Instead, it is placing the “overflow” children — around 60 to 90 around the State on any given night — in police watch-houses.

I have walked through the Brisbane watch house and seen the children, and it is a harrowing experience. The place is a cramped high security stopgap for dangerous prisoners, and it was certainly not built for children. There is no natural light. There is no exercise yard (just a tiled courtyard, 8 m x 8 m, where well-behaved children are permitted for 15 minutes per day). There is no privacy because there are 160 cameras through that place. Police officers will tell you that the nights on the weekends are the worst. It’s a dark, scary place with adult prisoners wailing and bleeding or yelling obscenities, and I can only imagine what they are whispering to the children in nearby cells. The watch house is nothing more than a cluster of heavily secured rooms, with glass walls, toilets and mattresses all on display. And when the fear is gone, it is replaced by a terrible boredom. The children sit in their cells for long, extended periods, sometimes remaining in the watch house for up to 5 weeks (when adults are invariably moved out within three days). The police call the children the “meerkats” and it’s easy to see why. When you walk past their cells, they rush up against the glass, anxious for some stimulation. They fight amongst themselves and damage property because they are so starved for activity or sense of purpose.

It is the Department that has made the decision to put these children in the watch-house but it is the Police that are left to make it happen. And the Police are truly distressed by the task. The watch house managers say that after three days you can see the mental health of the children visibly decline. And they say that it so awful to watch that they struggle to find police officers (particularly those who are parents) who are prepared to keep working there.

The Department has attempted to improve the conditions at the watch houses but, frankly, they are polishing something that will never come up shiny. So the children stay. Decompensating. Bored. Powerless. Isolated from their parents. Surrounded by adult prisoners. We are left with a situation where there is a major problem with the youth justice system in this State. And the burden of that problem seems to be falling on young children who — and keep this in mind — are all on remand and haven’t actually been convicted of an offence.

The Department has been asked to provide a plan or at least a deadline for removing the children, but neither has been forthcoming. I suspect that it is resigned to allowing the problem to continue until at least late 2020 when the new facilities may be built. But that’s outrageous. Even if there are only 50 kids in the watch house each week until that time, that’s roughly 3,000 Queensland children who will have been harmed, perhaps irreparably, and pressed down a path of miserable, criminal behaviour when they could have been diverted to much happier pursuits.

That is a very long way from a gold star performance.

[1] The State has disclosed broadly consistent statistics in Working Together, Changing the Story so that it found 58% of children in the youth justice system have a mental health or behavioural disorder, diagnosed or suspected.

[3] Oddly, whereas the build capacity of the Centres is 242, the Government and/or the Together Union consider that the safe capacity is only 206, so that alone accounts for 36 children in the watch houses.