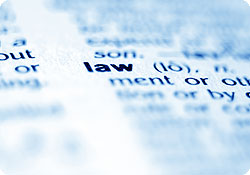 General Civil Appeal — where an application by the appellant for summary judgment was refused by a District Court judge — where the claim and statement of claim as originally filed, the appellant sought recovery from the respondent of $214,464.55 under s 71(1) of the Queensland Building and Construction Commission Act 1991 (Qld) (QBCCA) — where the respondent carried out residential construction work — where there was a policy of insurance — where in the proceedings the appellant sought to recover from the respondent $214,464.55 being payments made by it in respect of the claims as payments on a claim under the insurance within section 71(1) of the Act — where in his amended defence the defendant pleaded in respect of the claimed amounts, that the costs claimed were “so unreasonable so as to make the monies paid out not a payment on a claim under the insurance scheme” — where the review of the decisions in this court referred to by her Honour below, and the parties before us since the decision of Mahony v Queensland Building Services Authority [2013] QCA 323, confirm that Mahony remains an authoritative statement of the law and of the liability of a building contractor to pay to the Commission the amount of any payment made “on a claim under the… scheme” under s 71(1) QBCCA — where in the circumstances of this matter, s 71AC of the Act controlled the tendering of rectification work — where the evidence before her Honour was that tenders were obtained in respect of the rectification work for each of the six properties — where the evident purpose and intent of s 71(1) in the statutory context identified by Gotterson JA in Mahony is that the recovery of the debt authorised by the section is not to become bedevilled by the factual convolutions that can emerge in actions in courts, tribunals or arbitrations for recovery of reasonable and necessary costs of defective work — where the Act contains provisions which the Parliament determined are appropriate to establish a scheme that balances the interests of homeowners and building contractors, and provides for debt recovery after the claim process established by Parliament has culminated in a payment — where her Honour erred in not properly giving effect to s 71(1) of the Act as that section should be understood — where the appellant’s submission is accepted that the respondent has “no real prospect of defending” the appellant’s claim nor has it been demonstrated that there is any need for a trial and there should be judgment for the appellant. Appeal allowed. Orders below set aside and in lieu it be ordered that there be judgment for the appellant against the defendant in the sum of $214,464.55 together with interest. Costs. 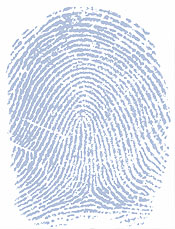 Sentence Application — where the child applicant plead guilty to a substantial number of offences and was sentenced to serve concurrent terms of detention for three years and six months — where s 272(2) Youth Justice Act 1992 (Qld) (YJA) allows for release after the young offender serves 70 per cent of the detention term — where, in special circumstances that term may be reduced to between 50 and 70 per cent — where the applicant had a prejudicial upbringing and is institutionalised due to a history of petty crime — where the applicant assisted and cooperated with authorities — where the respondent concedes that an error was made by the sentencing judge when the sentencing judge failed to consider those matters as special circumstances — where on the application application before this Court the factors which the Crown said were relevant as special circumstances were: (a) the fact that Mr SCR has been institutionalised as a very young age, warranting his release at something less than 70 per cent; and (b) Mr SCR’s cooperation with law enforcement, in that he made admissions to many of the offences committed whilst in the community, and nominated his co-offenders; balanced against that is the fact that there was no cooperation in relation to the offences which occurred in the detention centre — where with respect, we consider that the Crown’s concession is properly and fairly made, at least as to the second factor — where for the purposes of the resolution of the application it is only necessary to refer to that factor — where reference was made by the Prosecutor to the admissions made by Mr SCR to police, as to his being the driver of vehicles on most of the occasions where houses were broken into and vehicles stolen — where however, the true nature of those admissions and cooperation is, as reflected in the Crown’s outline on this application, that he not only admitted his own conduct, but nominated his co-offenders — where here the crime might have been known, in the sense that someone knew their car had been stolen, and police found it, but the police did not know who the offender was until Mr SCR’s admission came — where likewise, police did not know the names of the co-offenders until the admission was made — where that form of cooperation would otherwise attract special leniency, and our view constitutes “special circumstances” for the purposes of s 227(2) of the YJA — where that would warrant some reduction from the 70 per cent default position, it would not warrant a reduction below 60 per cent because of countervailing factors — where that is the position adopted by the Crown and counsel for Mr SCR. Application for leave to appeal against sentence is allowed. The sentence imposed in the Childrens Court is varied by setting aside the order that the applicant is required to serve 70 per cent of the sentence of detention and instead ordering that the applicant is to te released from detention on a supervised release order after serving 60 per cent of the period of detention. Otherwise the orders of the Childrens Court are confirmed.

Sentence Application — where the applicant pleaded guilty to unlawfully doing grievous bodily harm and was sentenced to 18 months’ imprisonment to be suspended after serving four months for an operational period of two years — where there was evidence before the sentencing judge of goading conduct by the complainant — where the prosecutor described the applicant’s conduct as “largely unprovoked” but did not otherwise challenge the evidence — where the applicant did not rely upon the defence of provocation but claims the complainant’s behaviour was a material consideration in formulating the sentence — where the sentencing judge described the offence as “unprovoked” — whether the sentencing judge failed to take the complainant’s conduct into account — where in the course of argument, counsel agreed that these grounds of appeal were to be understood as contending that the learned sentencing judge had erred in exercising the sentencing discretion in a House v The King (1936) 55 CLR 499 sense by failing to take into account a material consideration, namely, that in assaulting the complainant, the applicant had responded to goading conduct on the former’s part — where the description of the conduct of the complainant as depicted on the CCTV footage paints a picture of some aggression on his part towards the applicant — where he put down his beer and then took a number of steps very quickly towards the applicant — where such was the manner of his approach that one of his companions tried to push the complainant from his course — where notwithstanding, he managed to invade the applicant’s personal space — where that the applicant had been approached in this manner was a consideration relevant to the criminality of his conduct, and was a consideration that ought appropriately to have been taken into account in formulating his sentence — where it is not clear whether his Honour’s description of the offence as “unprovoked” was meant in a narrower sense of provocation as defined in s 268 Criminal Code (Qld) or in a wider sense as would include goading conduct falling outside the definition — where either way, his Honour erred — where if he used the word in the narrower sense, he must not have turned his mind to whether the applicant was goaded into reacting as he did and thereby failed to take that into account — where if he used it in the wider sense, then his finding not only contradicts the only material that was before him on the topic but also reveals that he failed to take the relevant consideration into account — where it is not in dispute that the sentence of 18 months’ imprisonment is appropriate — where the real issue for this Court is whether the applicant ought to be required to serve any more of it than the 12 days he has now served — where there are aspects to the applicant’s conduct and personal circumstances which are out of the ordinary — where the high degree of remorse reflected in the letter of apology and offer of compensation and the applicant’s conduct in returning to the Tavern to give his details, illustrate that — where those factors and the applicant’s minimal criminal record indicate that the likelihood of his re-offending is very low — where due recognition ought also be given to the complainant’s goading conduct which immediately preceded the assault upon him. Leave to appeal granted. Appeal allowed. Sentence imposed on 17 October 2016 be set aside. The applicant is sentenced to 18 months’ imprisonment to be suspended after serving 12 days for an operational period of two years. It is declared that the applicant has served 12 days’ imprisonment under the sentence from 17 October 2016 to 28 October 2016.

Sentence Application — where the applicant pleaded guilty to one count of robbery in company with personal violence, one count of armed robbery in company, one count of receiving stolen property with a circumstance of aggravation and one count of robbery in company — where separate sentences were imposed in respect of each of the offences, to be served concurrently — where a five year head sentence was imposed on both co-offenders (the applicant and Lowe) in respect of the armed robbery in company — where the applicant submitted the primary judge failed to account for his lesser role in the offending — whether the sentencing judge erred in sentencing both co-offenders to the same head sentence — where are a number of factors which suggest that the applicant’s offending, while serious, was not quite as serious as that of Lowe — where in none of the offences which they committed together could the applicant’s actions have been said to have been more violent or serious than that of Lowe and indeed, if the unchallenged submission as to their respective roles made to the sentencing judge were to be accepted, the contrary is the case — where it is true that both were young and had deprived backgrounds and both had prior contact with the criminal justice system — where there were a number of differences in their prior criminal history which were not correctly referred to by the learned sentencing judge — where in all of the circumstances, taking into account the five years’ imprisonment imposed upon Lowe, which was conceded to be an appropriate sentence, and taking into account all the offending committed by the applicant and his youth and criminal history, the appropriate sentence to be imposed on the applicant is four years’ imprisonment. Leave to appeal granted. Appeal allowed. The sentence imposed on count 2 on the indictment is set aside only to the extent that he be sentenced on count 2 to four years imprisonment to be eligible for parole immediately, that is after having served one-third of his sentence, 16 months.